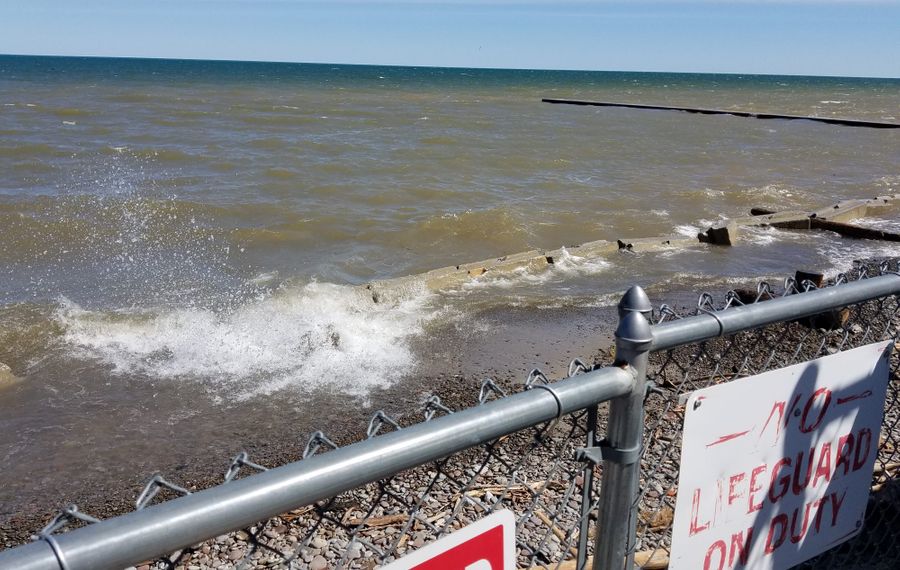 The water level of Lake Ontario is rising steadily, inch by inch and day by day, and local officials say it's reached the point where storm sewers soon may overflow.

Newfane Supervisor Timothy Horanburg said the town is pumping lake water that has backed up into its sewers from the west side of the hamlet of Olcott to the east to prevent overflows.

"Once we get water in the yards where the vent pipes come up, we'll have to start pumping our sewer system," Horanburg said at a news conference Wednesday.

The lake level reached 248 feet above sea level Wednesday morning. Local officials have regarded that as something of a magic number for flood threats.

"It's 248 today, and 249 is where it peaked in 2017," said Jonathan F. Schultz, Niagara County emergency management director. "Unfortunately, the Army Corps (of Engineers) says we've still got a ways to go."

"The Army Corps of Engineers tells us we're 5½ to 6 inches below this date in 2017," said Patrick A. Murphy, state commissioner of homeland security and emergency services. "We're about 15 inches below the peak in 2017, but the level is predicted to rise another 8 inches potentially, given current conditions.

"The opportunity to prepare now – with the resources that have been allocated to the counties, to the communities, to the municipalities – is there, and we're ready to surge additional resources to be able to provide that as it comes along," Murphy said at Newfane Town Marina in Olcott. 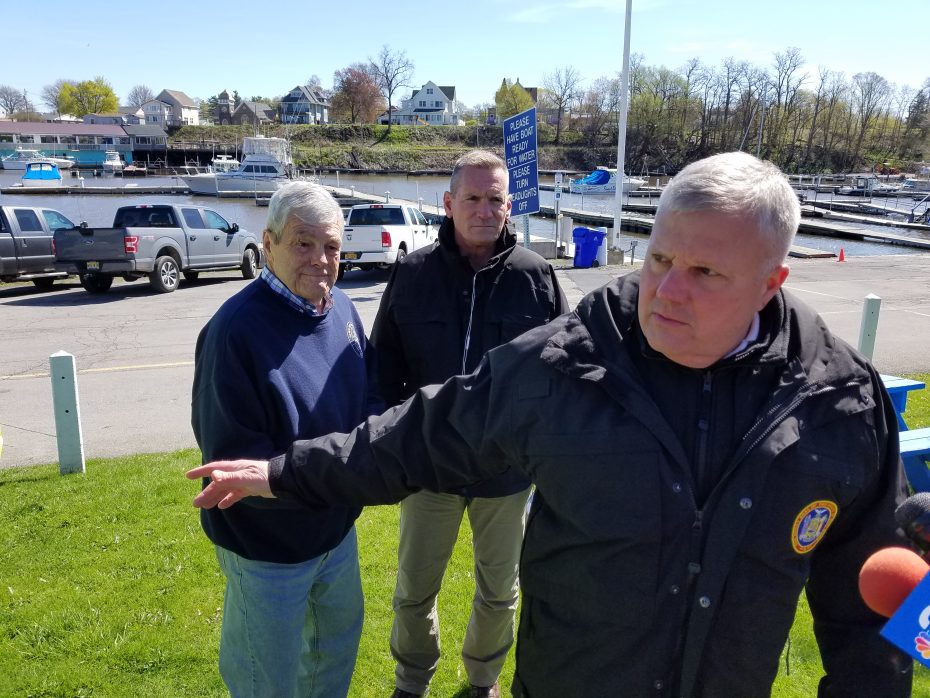 "We want to make sure we're doing everything as the state that we can with the municipalities and all the communities along the coastline to make sure their needs are met," said Michael Kopy, the state's emergency management director.

Wednesday morning, water was lapping at the edges of Olcott Harbor, while Krull Park Beach and its breakwalls, which were completely submerged in 2017, weren't quite covered.

"We've sandbagged a couple of houses in Olcott and a couple in Wilson," Schultz said. "We've built the berm up here in the West Bluff (neighborhood of Olcott), and we've been working with the state to put the aquadam up."

One of those aquadams, a temporary 3- to 4-foot-tall rubber barrier, was installed at Olcott's retention pond last week, and another was to be placed at the harbor Wednesday afternoon, Schultz said.

Similar conditions are being seen in Wilson, another lakeshore community. Supervisor Doyle Phillips said water is high at the Tuscarora Yacht Club.

"The key thing is preparedness. The water level is still low enough to do something," Kopy said.