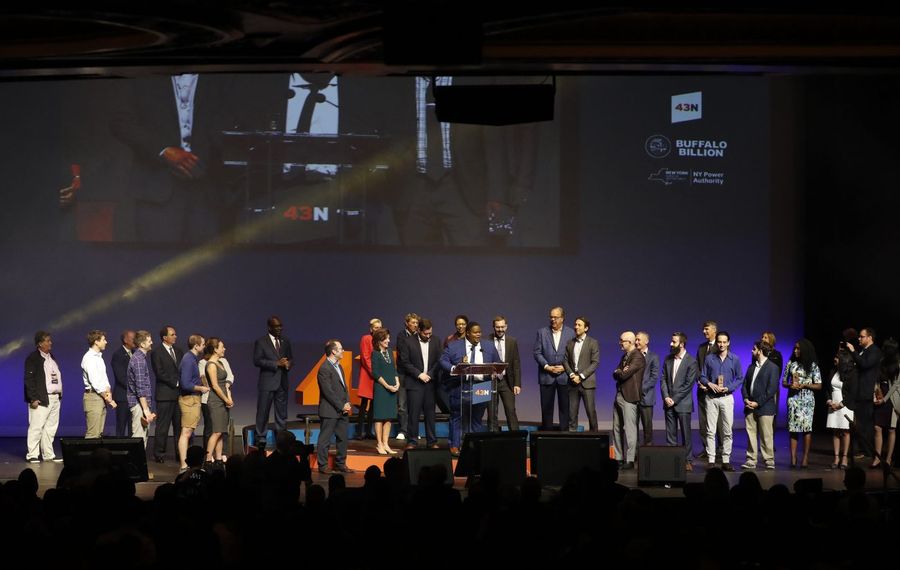 43North is looking for its next $1 million prize winner.

The business plan competition is accepting applications for its 2019 edition, which concludes Oct. 30 with judging onstage at Shea's Buffalo Theatre. The grand prize winner that night will walk away with $1 million, and seven other companies will win $500,000 each. The prize winners will be eligible for a cut of $500,000 in follow-on funding at the end of 2020.

43North was launched as a Buffalo Billion program and is now in its sixth year. While the "Shark Tank"-style finale at Shea's remains the star attraction, 43North has evolved into an organization that supports 44 portfolio companies and promotes entrepreneurship in the region, said Alexander Gress, 43North's president.

The prizes and finals format are unchanged from last year. Ten companies will advance to the finals, with eight receiving prize money. While 43North offers big-dollar prizes to its winners, Gress said the competition's attraction has become "less about the investment, more about the prestige of being a 43North company."

That's because the winners also establish operating partnerships, receive one-on-one mentoring, and gain access to follow-on funding, he said. 43North has hired a director of talent strategy, Jennifer Reed, to help portfolio companies recruit new employees and advise them on the types of hires to make.

43North has also built connections with more than 500 investors, incubators and accelerators.

"We've done a really strong job cultivating national venture capital relationships for follow-on funding for our [portfolio] companies," Gress said. Some of those contacts might become competition judges or refer companies to apply to 43North, he said.

Other startup-themed programs have established a presence lately in Buffalo, including Techstars, the Entrepreneurs' Organization and Ignite Buffalo.

"We are becoming a startup destination," Gress said. "What you're seeing here is us reclaiming our roots of innovation, entrepreneurship, reclaiming those lost decades. It's not just 43North." 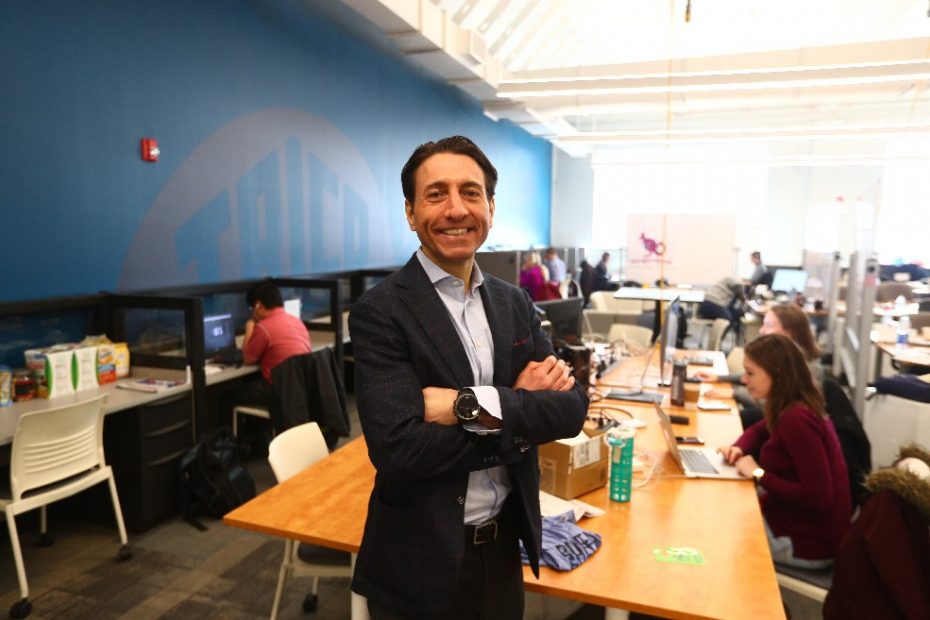 Last year's edition of 43North received 485 applications, which was down 4% from the previous year. But 43North said it wants quantity over quality, with companies that can scale up and are committed to Buffalo. Gress expects the competition will draw a similar number of applicants to last year.

43North charges applicants a $100 entry fee, with a deadline of July 8. Applicants who enter by the June 12 "preferred deadline" can get into early judging and pay only $50 to enter.

It was about seven months ago when SparkCharge won the 2018 version of 43North, pitching its portable charging stations for electric vehicles. Of the eight winners that night, seven followed through on setting up operations here at the start of this year. The eighth company's forfeited prize money was redirected to follow-on funding available at the end of this year for the 2018 winners.

The seven 2018 prize winners started this year with a combined 40 jobs, and that total is now up to about 70, Gress said.

"We will continue to bring world-class talent and cutting edge businesses to this region to contribute and collaborate with the growing entrepreneurial economy," Gov. Andrew M. Cuomo said in a statement.

Last year, 43North distributed tickets for all seats for the finals at Shea's. Organizers are "stepping it up a few notches" with this year's finals program, Gress said, declining to share specifics yet.

"It's always been an exciting night out," he said. "This year, we're going to double down on that."