Tonawanda native Jeff Glor received plenty of Buffalove Monday after the announcement that he would be replaced by Norah O'Donnell as anchor of “CBS Evening News.”

The announcement came almost a month to the day that Glor came home a hero and impressed and charmed audiences at the Buffalo Club and the Tonawanda Library.

A tweet from Buffalo Sabres play-by-play Dan Dunleavy Monday praising Glor’s calm presentation and credibility was “liked” by dozens of my followers.

Other followers and emailers added Glor never stood a chance and that CBS News President Susan Zirinsky made a mistake in replacing him. Some vowed to never watch CBS News again.

A tweet noting how classy Glor was to anchor on Monday night hours after his demotion was announced also received a considerable number of “likes.”

I have been a Glor fan for the 12 years he has had a variety of roles at CBS, so I understand the Buffalo outrage over the quick dismissal of the biggest media celebrity and Buffalo Bills fan from Western New York on broadcast television since the late Tim Russert. 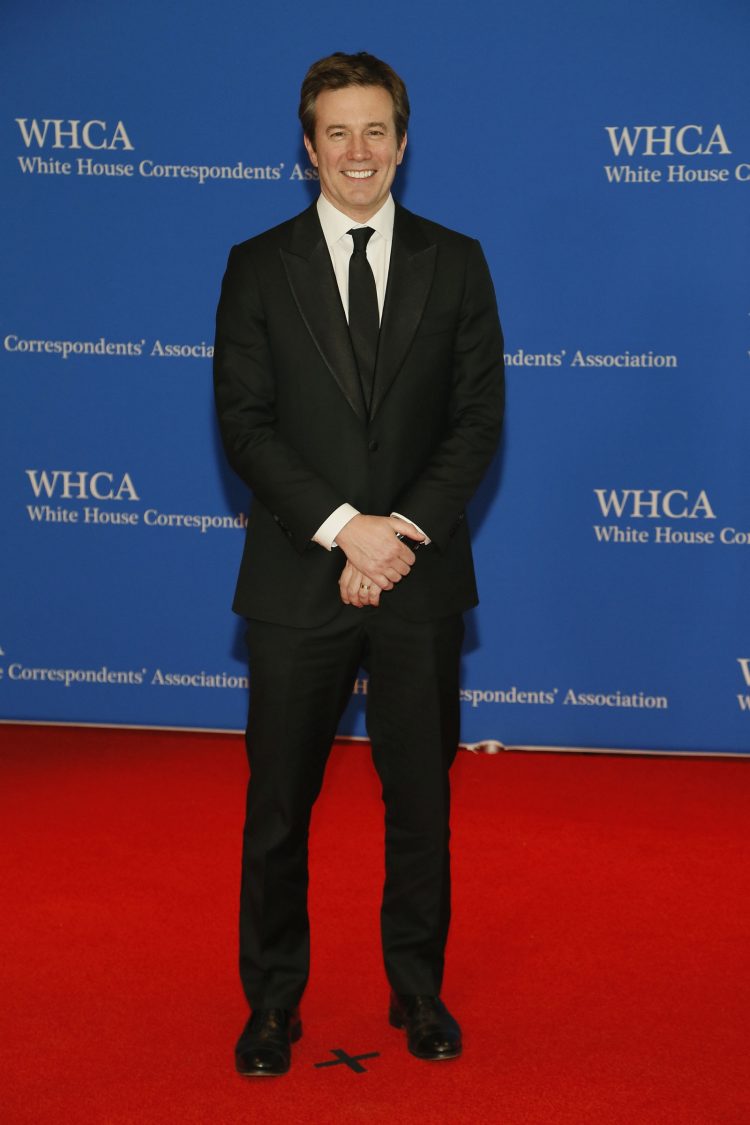 Glor really didn’t get much of a chance as the evening news anchor. Bob Schieffer and Anthony Mason, who were viewed as temporary anchors of the newscast before full-time replacements were named, are the only solo “CBS Evening News” anchors who had less time in the anchor seat than Glor.

CBS really never seemed to be “all in” on his appointment.

He started on the third-rated national evening newscast in December 2017 – a month when TV viewing is down because of the holidays.

He didn’t get much promotion, either, especially compared to NBC’s Lester Holt and ABC’s David Muir.

And then, a little more than a year into the job, Glor lost his main supporter.

He was named to the anchor seat by former CBS News President David Rhodes and became vulnerable as soon as Zirinsky was named to replace Rhodes in January 2019.

Glor's final broadcast in the prestigious anchor role will be Friday. He was the anchor for about 17 months, but rumors of his departure started several months ago so he really was given only about a year to improve the newscast’s third-place standing.

Under the circumstances Glor found himself in, Walter Cronkite might not have been able to have succeeded so quickly.

The constant rumors that he was about to lose his job didn’t help.

With CBS’ ratings low, you can understand why Zirinsky felt she had to do something.

Since this is such a big move, you would think that CBS did some extensive research to support the change to O’Donnell besides talking to staffers. After all, O’Donnell hardly has been a ratings magnet. Her newscast, “CBS This Morning,” also is deep in third place.

As a rule, anchor stability is a bonus in network news and change is the enemy because there are people who vow to never watch the station again after the removal of an anchor they like.

The rumors that have been around for months that O’Donnell was lobbying for Glor’s job may have damaged her to a degree before she even takes over the job this summer.

Rightly or wrongly, O’Donnell has been portrayed in some media reports as “toxic” to work with, which her defenders say is untrue, unfair and sexist.

A note from @jeffglor: "I'd like to think we're all guided by something bigger than one moment and one broadcast. I have always wanted to do work that matters and still do. That is something that will never change." pic.twitter.com/iJmDmNLKuk

Nonetheless, the word may follow her around as she tries to do what Glor and several other evening anchors at CBS before him were unable to do: get the newscast out of third place.

Zirinsky will have to be patient to see if O’Donnell can pull it off in a business that Glor can now tell you isn’t known for patience.

It is unfair to give anchors so much credit or blame when the ratings decline. Evening network newscast viewers have established whether they like NBC’s Holt or ABC’s Muir.

NBC has been strong under Holt and Brian Williams before him. The strong lead-in Holt gets from affiliate Channel 2 helps his newscast here. Muir, who like Glor worked in Syracuse before hitting the big time, got the ABC job in 2014. He had a three-year head start on Glor in converting news viewers during CBS’ fall and is succeeding.

O’Donnell has to hope viewers will sample her and switch from their favorites. Since network news viewers are older, it isn’t very likely many will change their viewing habits no matter who anchors or if the newscast improves.

You could liken the situation to what happened when Ashley Rowe and Jeff Russo became the primary anchors at WKBW-TV (Channel 7) and the station’s owner, E.W. Scripps, invested in the news product.

By any measure, Channel 7’s news product is vastly improved and deserves a larger share of the local audience. But it remains deep in third place, most likely because Western New Yorkers who watch news already have decided they prefer WIVB-TV (Channel 4) or WGRZ-TV (Channel 2).

Gayle King, the CBS morning co-anchor, said Monday, the decision whether to stay at CBS is Glor’s.

Glor isn’t ready to comment on losing the job or his next step beyond a brief, classy statement he made at the end of Monday’s newscast without mentioning O’Donnell. He thanked his supporters and promised his future plans “will be great.”

He reportedly is in negotiations with CBS about a new role. He has to decide if he wants to stay with the network that just demoted him or seek a job somewhere else.

Glor is especially strong at interviewing and doing features and would seem to be an ideal candidate to work on “60 Minutes.” However, John Dickerson, who is being replaced on the morning show, was moved there already.

If he is offered a job as a CBS correspondent, Glor would likely have to decide if he is willing to do reports for a newscast anchored by O’Donnell.

That might be tough since he would have to be able to ignore all the speculation that she undermined him.

I’m not sure I could do that. But I might not have been able to anchor Monday’s newscast like Glor did, either.