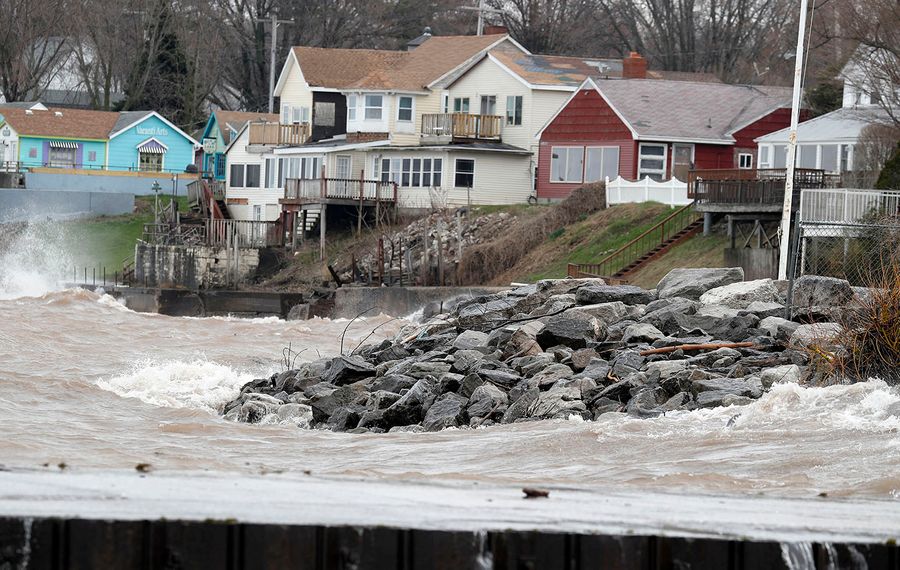 By News Editorial Board
Published Tue, May 7, 2019

It’s hard to argue with ensuring that the International Joint Commission is doing its job correctly. And we’re glad that Gov. Andrew M. Cuomo is paying attention to the threat along the state’s Lake Ontario shoreline. That’s his job. Or at least part of it.

But something is missing from the equation. The fundamental problem faced by the lake and those who inhabit its southern shoreline is that there’s too much water. That’s a fact that the IJC can do only so much to manage and it calls for a broader solution than seems to have been contemplated to date. This problem needs to be understood – by both governments and residents – as sharing the same existential threat as the nation’s coastal cities.

Most scientists and a large and growing swath of Americans understand that the climate is changing, with a range of repercussions that isn’t fully understood, even yet. But as storms increase in both frequency and ferocity, and snowmelt creates a watery spring runoff, the levels of rivers and lakes are going to rise. That’s just arithmetic.

Even then, Lake Ontario is a special case. As the lowest of the Great Lakes, its requirement – in addition to handling the other waters that directly feed it – is to take in the deluge sent downstream by the other four lakes and their tentacled watersheds.

However adeptly or poorly the IJC performs its duty to manage the level of both the lake and the St. Lawrence River that drains it, the consequences of a changing climate is the dominating and unforgiving force. And there is every reason to believe it is here for the long term.

The IJC’s role in regulating the lake’s water levels is, to be sure, a complicating factor. It’s Plan 2014 to allow more natural fluctuations in lake levels – a plan with many benefits – was implemented three years ago and likely plays a role in the higher lake levels. But to blame the IJC for the devastation that lake flooding inflicted two years ago and that threatens again this spring is to miss the larger point. Both Cuomo and Rep. Chris Collins, R-Clarence, need to take a broader view of the problem if they hope to make a difference.

That’s what the governor did downstate after the devastation inflicted by Superstorm Sandy, Hurricane Irene and Tropical Storm Lee. “In the face of increasingly destructive weather, it’s critical that we continue to protect New Yorkers by rebuilding and hardening our communities and infrastructure,” he said last fall in announcing $20.4 million in projects on Long Island.

And the state is helping along Lake Ontario. In Olcott, the state has helped to install pumps, a retention pond and, if homeowners approve, a temporary 3-foot rubber aquadam on their land.

But a necessary question arises: For how many dollars, and how many years, should New York State taxpayers be on the hook to rescue property owners who have chosen to live so close to the lake – or the ocean, for that matter? They placed what is starting to look like a bad bet.

So, yes, the IJC needs to do its job as best as possible and, to that end, the U.S. Senate needs to stop dragging its heels and confirm its new American members, including former Assemblywoman Jane Corwin of Clarence. Maybe performance improvements can temper the threat both to New Yorkers and Canadians, especially in Montreal where flooding is already occurring.

But longer term adjustments need to be made, both in infrastructure and in protecting New York taxpayers from decades of rising costs, as Lake Ontario asserts its dominance over those who live along its shores.