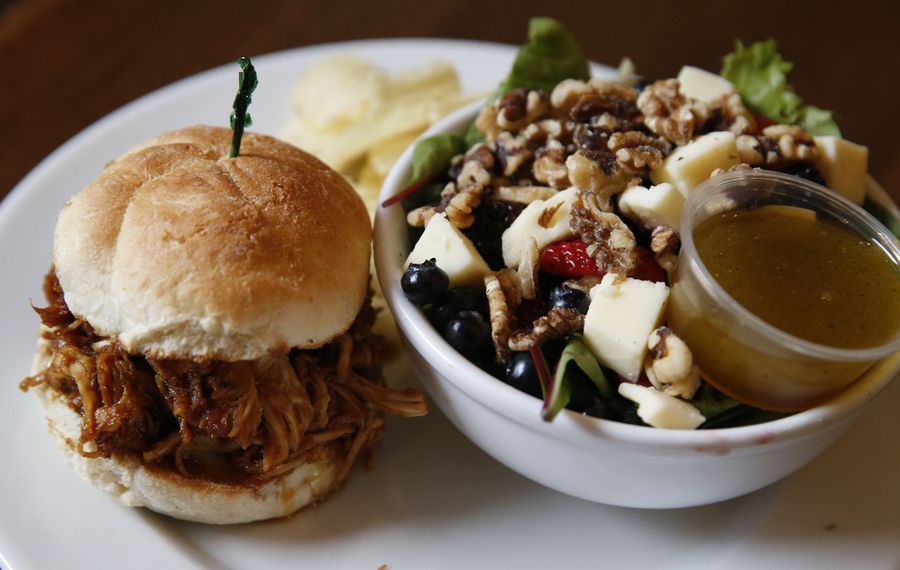 In the First Ward, an out-of-the-way coffee-and-sandwiches oasis rises above the rest.

At Undergrounds Coffee House and Roastery, the enticing, invigorating scents of house-roasted grinds and hearty, creative sandwiches dance to the imaginary tune of an undead mariachi band depicted on a bright back-wall mural. An eclectic choir consisting of departed icons like David Bowie, Lucille Ball, Chris Farley, Gord Downie and Coco Chanel —all emblazoned on porcelain mugs belonging to Roastery Club members—sing along from a wooden shelf.

The actual inspiration for its macabre branding and Day of the Dead theme is the building’s surprising former purpose as a funeral home. First Ward community members once congregated here for wakes, now they stop in to wake up with a strong cup of joe (not Joe—don’t worry). Since reopening as Undergrounds in 2016, the spirited haunt has happily housed coffee-sippers and lunchtime loungers.

On a recent Wednesday, a steady morning buzz became an early-afternoon rush as small groups filled the spacious, library-like front hall and settled in on wooden tables to enjoy inventive sandwiches. 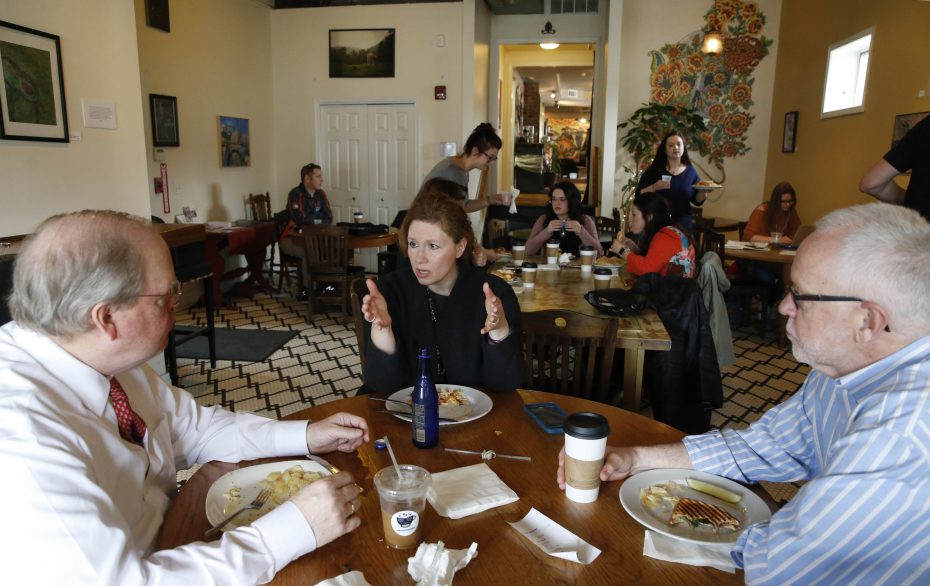 Stuart Harper, left, Tara Ellis and Tom Lynch have a meal at Undergrounds, which is housed in a former funeral home. (Sharon Cantillon/Buffalo News)

Fresh salads featuring flavorful ingredients like peaches, berries, mozzarella, Champagne cheddar, sweet chili and honey vinaigrette dressings and more (not all together though, that would be gross) round out the menu, with soup often making a special appearance. 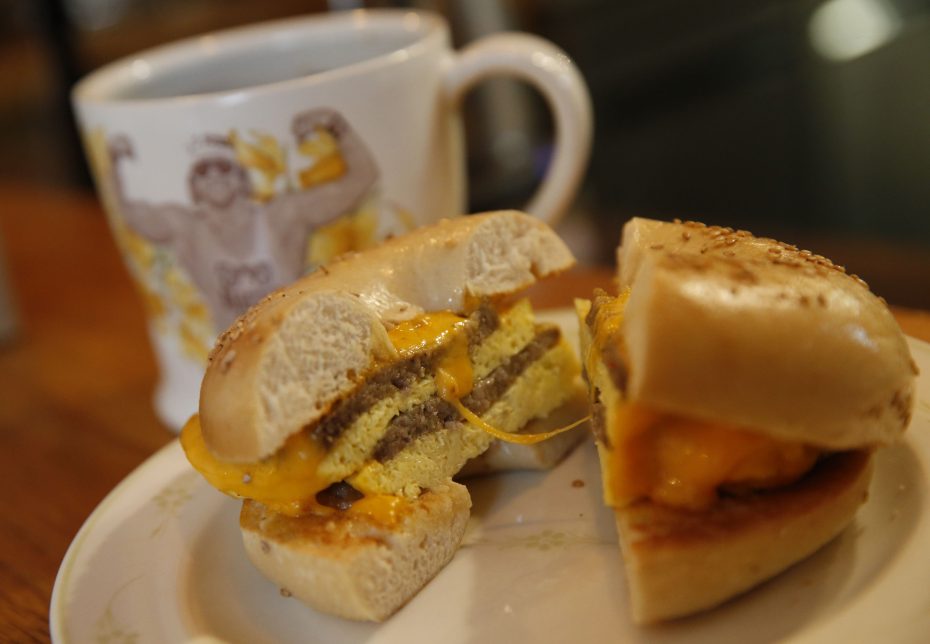 The Ralph Wilson is one of the breakfast sandwich choices at Undergrounds. Behind the sandwich is one of the mugs from the Mug Club. (Sharon Cantillon/Buffalo News)

As for breakfast sandwiches, be prepared to use two hands, burger-style—they’re huge. I took on The Colonel Francisco ($6)—a toasted bagel breakfast sandwich with sausage, egg, pepper jack cheese, and a slather of house-made apricot chipotle spread. Named for an 18th-century army guy who brought coffee to Brazil, the sandwich delivered. Worries about adding a spicy-sweet element to an already perfectly savory equation were sent away upon first delicious bite.

My cold brew (medium/16 ounces, $3.55) was potent (a good thing). I often drink iced coffee black, but in this case, I decided to cut through its roasty acidity with a touch of cream at the Cream-A-Tion Station. The result: refreshing, energizing perfection.

I will return on a Saturday or Sunday, the only days The Tim Russert ($7)—egg, bacon, and cheese between two grilled cinnamon rolls topped with house-made icing—is available. If the fat, grease, dough and sugar clog my arteries, so be it. Bury me underground and immortalize my mug , ideally between Bowie, Joan Rivers and Bob Ross for good company.

Gluten-free options: All sandwiches can be ordered with a gluten-free wrap.

In related news: As an under-ranked 16-seed, Undergrounds was recently narrowly edged out—727 to 699—by one-seed Spot Coffee in the first round of Buffalo Eats’ The Great Breakfast Sandwich Tournament of 2019. The slim decision—despite Spot’s far greater name value—suggests Undergrounds’ breakfast sandwiches would win in a landslide if put up against the regional chain’s in a taste test.