A Hamburg man with two prior convictions for driving while intoxicated was charged with felony DWI Sunday night after Orchard Park police said he fled the scene of a crash. 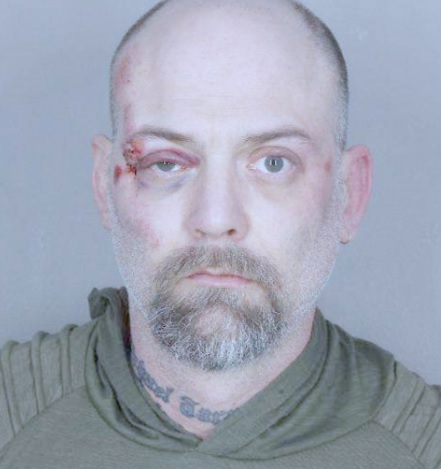 An Orchard Park police officer saw a pickup driver run a red light and crash into another vehicle at the intersection of Southwestern Boulevard and Orchard Park Road about 10:40 p.m. Sunday, police said in a news release.

The pickup driver then headed south on Orchard Park Road and nearly collided with another police vehicle.

Officers deployed "stop sticks," which punctured the pickup's tires. Once the vehicle stopped, police removed the driver, who resisted arrest, according to police.

Police recovered a crossbow from the front passenger seat and brass knuckles from a pocket of the driver's pants.

Three people in the other vehicle were taken to an area hospital by ambulance.