Joseph Stojek Jr. had dropped out of school, was going from job to job, but not getting anywhere when he joined the Army Reserve.

"It gave me purpose. My children and relationship, education and career, now at Channel 4, it all stems from joining the military. I don't know where I would be now," said Stojek, a photojournalist with WIVB-TV since 2017.

Stojek had just gotten back from basic training after joining the Army Reserve in 2001 and had a new job with a health insurance company when the United States was attacked on Sept. 11.

He said his military experience helped him become a photojournalist.

The first time he went to Iraq he was a communications specialist, but he ended up providing security for convoys. He likened Iraq in 2003 to the Wild West.

"We didn't have any armor, we had no doors, no real security barrier protection," he said. "I remember the biggest argument we had was 'Do we wear seat belts?' If someone was to engage us, we might be better off without a seat belt to give chase on foot." 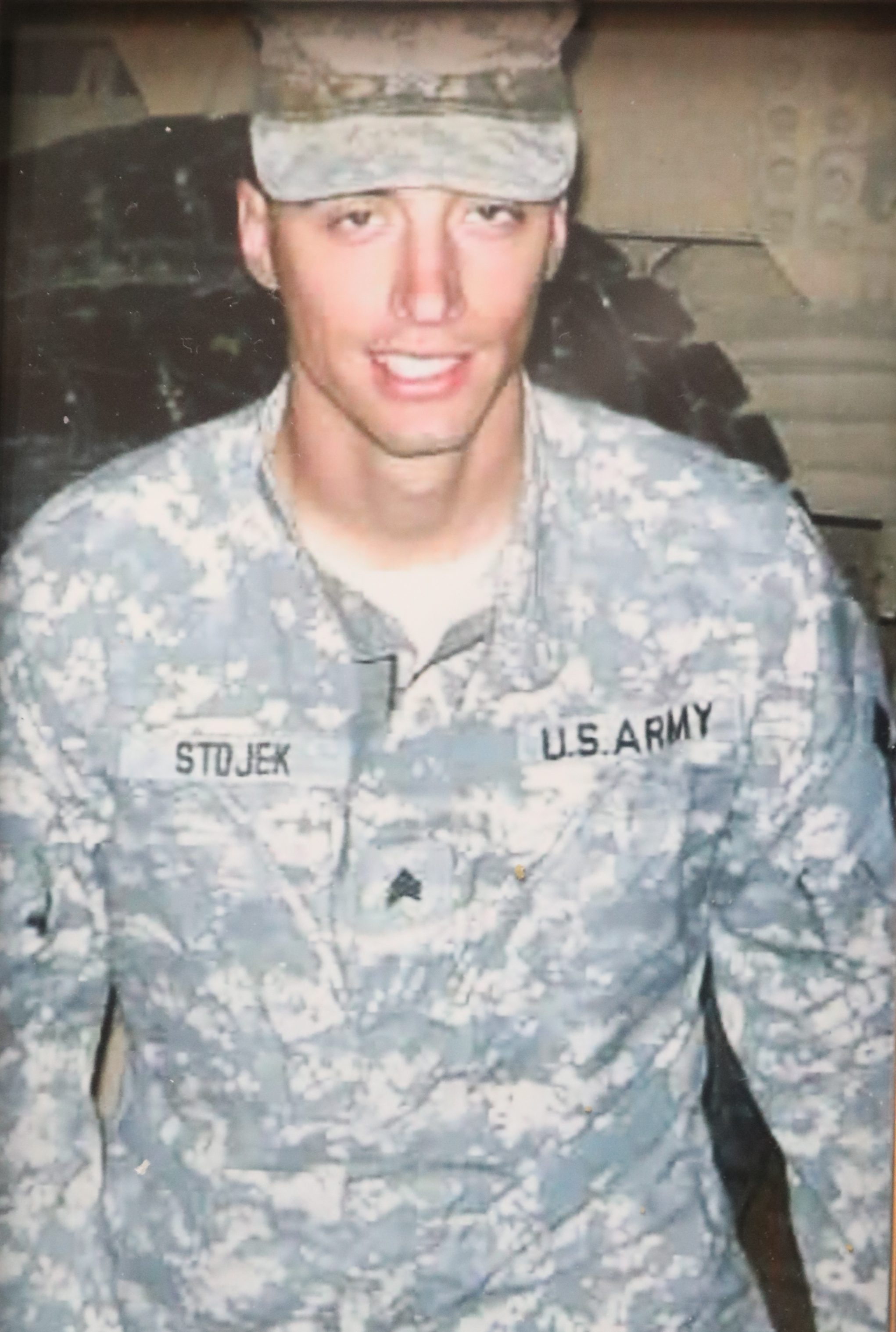 Joseph Stojek, when he was in Iraq. (John Hickey/News file photo)

The first time the convoy took gunfire was a jolt.

"We returned fire, and went about our day," he said.

Insurgents started mortar attacks on the base on July 4, 2003, and continued every night for three months, he said. Soldiers would calculate the distance away by the sound of the mortar.

Stojek recalls thinking, "I don't think I'm going to die here, but I don’t think I’m ever going to leave."

He came home in April 2004, and got a job in communications before he became an active guard reservist, working full time for Reserve centers in Canandaigua, Wisconsin and Pennsylvania.

He was diagnosed with post-traumatic stress disorder, which later resulted in memory problems. Stojek returned to Iraq in 2007.

"That was the best therapy that I could have, being in uniform, being around people going through the same sort of things," he said.

Once again he provided security to convoys, this time heading up a team. He would sit in the lead vehicle, scanning the roads for threats, as well as navigating and being in charge of communications. If a vehicle in the transport was hit, his team went to get them.

"We were basically like Triple A, with a lot of guns," he said.

His convoy work may be why he had trouble dealing with driving in traffic after he returned home.

"Your focal point is to keep traffic away from you. You were always aware of what was around you," he said. "I found when I came home I was always scanning the roads, driving away from a pile of trash."

Stojek's greatest memory of two tours in Iraq is of Gen. David Petraeus, who was the commanding general of the multinational force in Iraq. He met him at the palace of former Iraqi leader Saddam Hussein in Baghdad, which was used as the coalition troops headquarters. When his enlistment was extended, Stojek was sworn in by Patraeus, who gave him one of his challenge coins.

"I got to take a picture with him," Stojek said. "I thought he was going to be the next president." 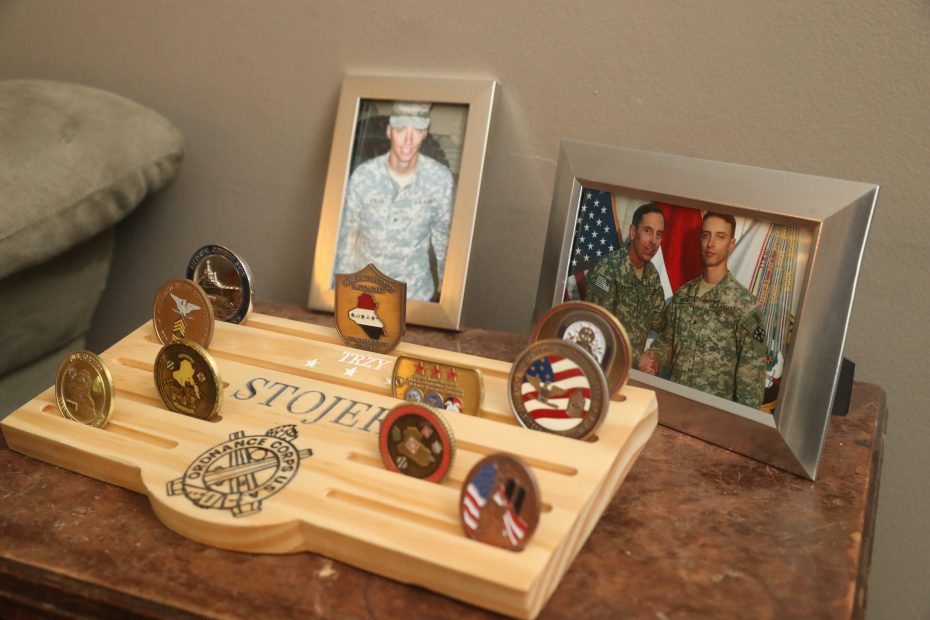 A table with challenge coins and photos, including a coin Joseph Stojek got from Gen. David Petraeus. (John Hickey/Buffalo News)

When Stojek came back to Buffalo, he attended Erie Community College and Medaille College. He had worked with a start-up company publishing books by veteran authors, dabbled in radio and worked for a veteran-run publishing company, which led him to work for an online veterans magazine and a veteran-run podcast.

"We all had PTSD. We knew one day the military would not be part of our daily lives," he said. "Our mission statement was to find talents that veterans had and to showcase those talents."

He found he had a talent in video, bought a camera and started making videos for veterans. That eventually helped him land a full-time job at Channel 4.

"By luck or by chance, trying to help other people find what they were good at, I found out what I was good at," he said. "You never know where your path will lead."