It’s not often that a performance begins with a standing ovation, but here we are.

That’s the level of anticipation that awaited Ujima Theatre’s founder and artistic director, Lorna C. Hill, as she greeted the opening night house of the musical “Passing Strange,” which she directed. As one might expect, there were some delays getting this first show off the ground: a new box office, a new seating arrangement, a new parking lot. New energy.

But this is the company’s debut production in its new home in the renovated School 77, spearheaded by community partner PUSH Buffalo. Four years in the making, an extra 20 minutes didn’t matter.

Ujima is a community asset, a true model of collective creativity, innovative collaboration, and cultural relevance. Their mission – to preserve, perpetuate and perform work in the African-American canon – has been a pillar of Buffalo’s theater community since 1978. This new black box theater marks a new chapter of opportunities, and with this fantastic new production, makes a statement of survival. 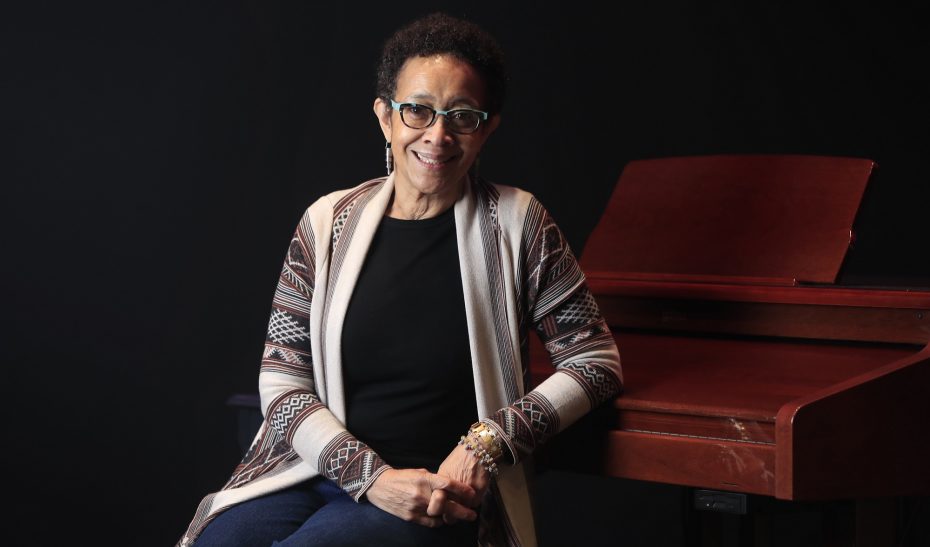 This gives many of the show’s themes of identity, belonging and cultural politics a significant context. In essence: Love is your only hero. How noted that was in this performance, and with this celebratory production.

You probably haven’t heard of “Passing Strange,” the 2008 Tony-nominated autobiographical musical written by blues musician Stew, with collaborators Heidi Rodewald and Annie Dorsen. Part concert, part memory play, it breaks many conventional rules of theatrical storytelling. (The Spike Lee-directed performance film, captured in its Broadway run with Stew playing himself as the Narrator, is worth finding, as is the live cast album.)

The Narrator tells his story of self-discovery, from a comfortable suburban upbringing in late-1970s Los Angeles, under the pleading gaze of a loving, churchgoing mother, to a counter-cultural journey through Europe in his early-20s. Amsterdam’s canals and Berlin’s art houses opened his eyes, his pupils and his mind to the challenging notion of what it is to be a relatively privileged young African-American man. All his life, he has had to pass for black.

As Youth, Brian Brown is a star. The Narrator’s theatricalized persona, Brown carries himself with skillful expertise, using every muscle in his face and body to express. He flexes a full range of experiences with joy and wonder, from rebellion to rejection to revolution, making all of his discoveries look fresh. Brown has the conviction of an actor twice his age and an intuitiveness that doesn’t feel rehearsed or prepared as much as it is simply natural. He performs from the inside out. It is a thrill to watch his interpretation unfold. 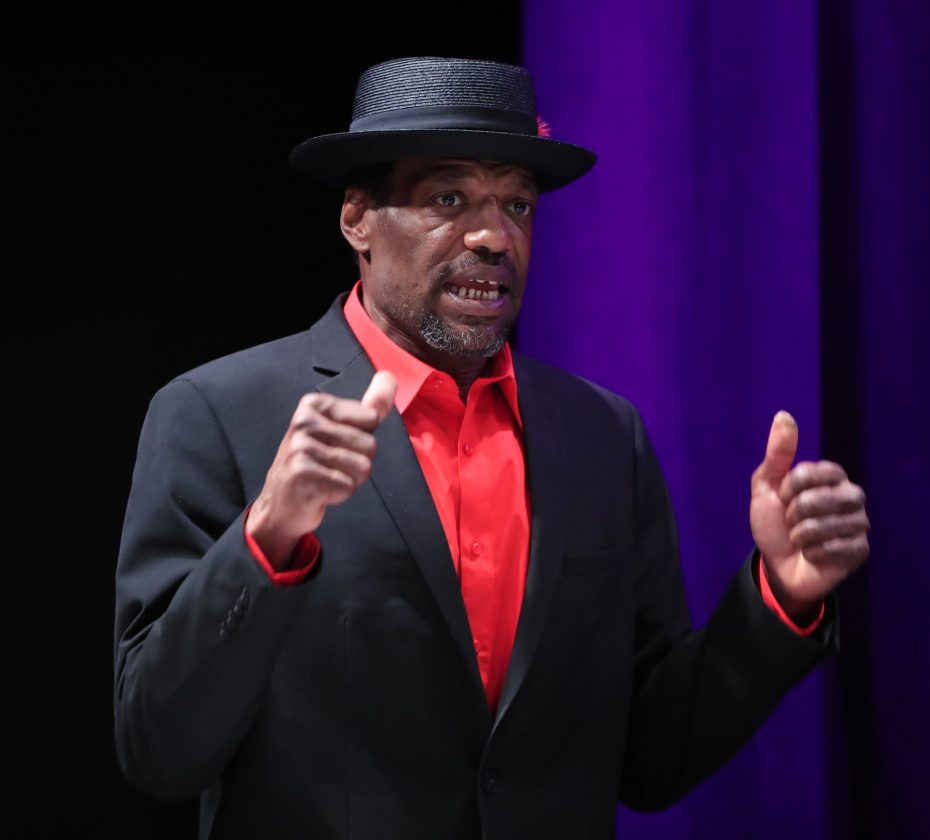 He is not alone. His counterpart – our Narrator, played by Preach Freedom – has the near-thankless task of conveying a wealth of perspective from a bar stool, perched alongside the expressive pit band, led by music director Michelle Thomas. Do not ignore Freedom. (That sentence alone could be my whole review.) He is subtle and nuanced, the perfect hindsight commentator.

The story’s divide across time is sometimes lost in this staging, or maybe not punctuated as poetically as it could be. I wanted Narrator and Stew to interact with each other a little more, with even a knowing, rhetorical head nod. There are times when this blocking feels too structured for this black box space; the company will surely wear into their new environment in time.

And Jacqueline Cherry, as Youth’s mother, is a revelation in her hearty, meaty role. Like Brown, she traverses multiple paths to get us to her character’s heart.

Do not miss this show. It examines our need for belonging in a seemingly unfair world – in the context of race, identity expression, economics, artistry, geography and real estate. Youth and Narrator, collectively, learn that everything is a construct that he must dismantle in order to find his center. And that he, too, is also a builder.