For the first time in 15 years, Buffalo voters on Tuesday will pick candidates for all nine seats on the Board of Education. Incumbents in the Central, Ferry, North and West districts are running unopposed.

Here is a rundown on candidates for three-year terms in the East and Park districts and for three five-year terms as an at-large member. 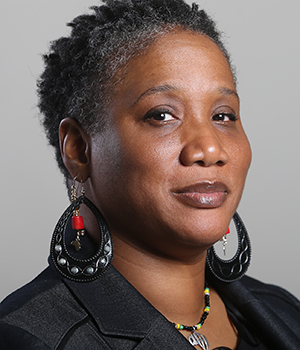 Background: A vice president for  District Parent Coordinating Council, a parent group; one of the parents who filed a civil rights claim against the school district in 2013; ran unsuccessfully for the board in 2016; has three grown children and a fourth who is a senior at Health Sciences Charter School.

Eliminating out-of-school suspensions, which she calls a major problem; increasing diversity in the teaching ranks; and providing greater access to advanced courses.

Budget should allocate resources to schools equitably as opposed to equally, so students with greater needs get a greater share.

New teachers contract: Growing cost of retiree health care needs to be addressed. Contract needs to hold teachers more accountable for student growth or decline. Should include a baseline number of teachers of different races and ethnicities.

Superintendent Kriner Cash’s performance: He is doing a “phenomenal” job and School Board should extend his contract by making him an offer “he cannot refuse.” However, would like him to do more to address the civil rights complaint urging that more black and Hispanic students be admitted to City Honors. 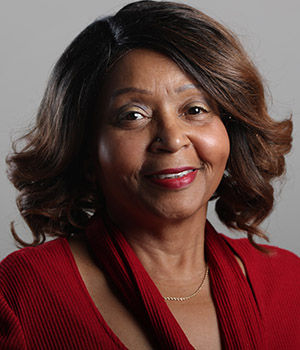 Background: First run for elected office; earned a bachelor’s degree in human services from Medaille College and a master’s in student personnel administration from SUNY Buffalo State; former substitute teacher; worked with at-risk youth as a child protection worker and a former director with non-profit Child and Family Services; has five grown children, all of whom attended Buffalo Public Schools.

• Improving the graduation rate and increasing diversity in the teaching ranks.

• Budget needs to ensure equity among schools, funding for Pre-K programs and additional reading teachers to help students struggling prior to high school.

Lowering school suspensions: District seems to be making strides in the area of restorative practices, but consistency on a daily basis is critical for it to work in the classroom.

Backing: Endorsed by Buffalo Teachers Federation. Encouraged to run by current East District Board Member Theresa Harris-Tigg, who is not seeking re-election. 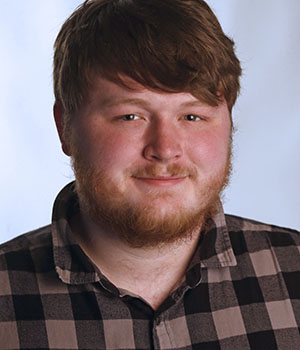 • Addressing lack of family engagement and disproportionate distribution of resources.

• Budgetary focus on bolstering support services for students and career and technical programs, and improving the community schools model, which provide after-school and Saturday services for families.

New teachers contract: Teachers should receive raises, but district should have more control over teacher assignments and discipline.

Superintendent Kriner Cash’s performance: Has done a good job guiding a turbulent district to better outcomes. While there is still much to be desired, Cash’s "New Education Bargain" reform initiative should continue to prove successful for students. 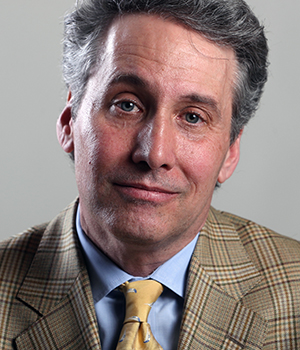 Occupation: Assistant director, Department of Permits and Inspection Services for City of Buffalo

Background: City Honors School graduate, Hilbert College master’s in public administration; served on  School Board from 2007 to 2013, including time as board president. Appointed in 2018 to fill Park District vacancy. Four daughters graduated from City Honors.

• Settling Buffalo teachers contract, which expires in June; retaining Superintendent Kriner Cash, whose contract expires in 2020; providing quality education for those subgroups of kids “presently not achieving at the rate we know they are capable of.”

• New teachers contract: Language needs to be simplified and district should gain back some managerial rights.

• Cash’s performance: Very good; has brought vision, consistency and goal-driven environment to district; but can also be insular and fails to inform board before making announcements that impact members. 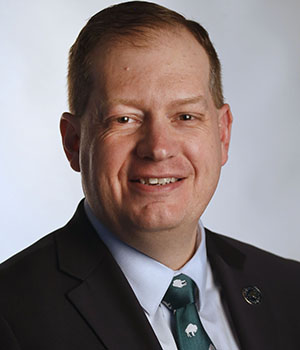 Occupation: Director of workforce and education, Catholic Charities of Buffalo

• Financially, worries district is too reliant on annual state increases at a time fiscal outlook is precarious; wants to maintain healthy reserve fund, settle expired union contracts and identify savings that can be passed along to the classroom.

• New teachers contract: Declined to talk specifics in case it could compromise negotiations; did not seek Buffalo Teachers Federation endorsement in order to remain independent in contract year.

• Superintendent Kriner Cash’s performance: “Fair,” has been very “community facing” and his attention to issues like street violence and community partnership are important, but district still has not moved needle enough on graduation, math and literacy rates. 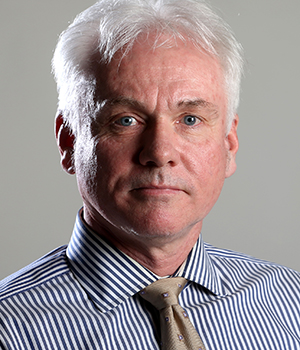 Background: Doctorate from the University at Buffalo; former high school English teacher who spent time in Thailand with Peace Corps; also teaches literacy at Medaille College and is a faculty coach at Bryant & Stratton College. Unsuccessfully sought to fill Park District vacancies on board in 2017 and 2018.

• Wants to hire more counselors and bilingual teachers, if that can be done at reasonable cost.

• New teachers contract: Would like to see district save on growing cost of retiree health insurance and enable veteran teachers to reach top scale faster.

• Cash’s performance: “Good;" graduation rates are rising while Cash's “New Education Bargain” reform agenda is written in “clear and easy to understand language.” Much more needs to be done to help immigrant students succeed in school. 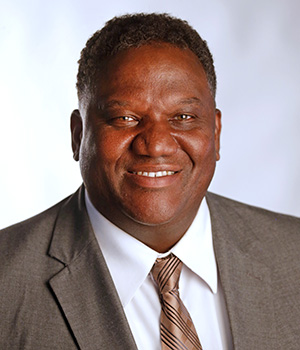 Background: Criminal justice degree from Hilbert College; worked as probation and corrections officer with Georgia Department of Corrections; was a Buffalo teacher early in career; ran unsuccessfully for Common Council in 2015. Has five children, including a son at Bennett High School.

• Raising graduation rates, lowering suspensions and ensuring district's fiscal health; also wants to change the climate of schools and has proposed an adopt-a-school program that would partner with organizations and institutions in the community.

• Cash’s performance: Has done good job after walking into tough situation, but “there are still a lot of items that need to be improved.” 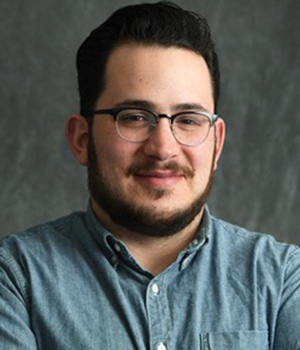 Background: Graduate of City Honors School with master’s in social work from University at Buffalo. Works for non-profit that provides training and assistance to support mentoring programs for kids. Making first run for elected office. 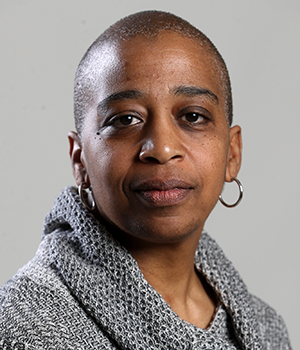 Background: Community activist, has spoken out on health and environmental issues; one of the parents who filed a civil rights complaint against the school district in 2013; unsuccessfully sought  to fill vacancy on School Board in 2017 and 2018; has a son who graduated from Buffalo Public Schools and a daughter who attends Hutch Tech.

Opening more seats for students of color at City Honors: District needs to implement all the changes previously recommended by a civil rights expert; also needs to improve academic outcomes for kids on East and West sides so they are more prepared to compete for seats at City Honors.

Superintendent Kriner Cash’s performance: “Fair.” He proclaimed the district has turned around because more schools are in “good standing,” but graduation rate is still only 64 percent. 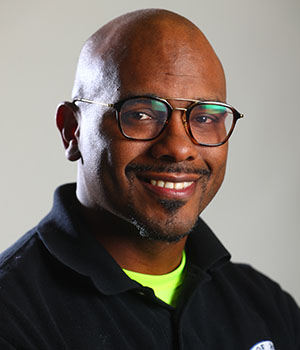 • District’s low graduation rates and low proficiency in math and English, along with its high rate of suspensions, specifically for students of color.

More charter schools in Buffalo: Not in favor unless there are requirements to foster a better relationship with Buffalo Public Schools.

Cash’s performance: “Good,” has an awareness of important issues that face district students, parents and teachers. Nalls raises concern about a succession plan. 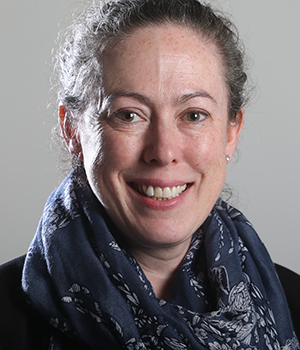 Background: College educator for 23 years and advocate for students with special needs, serving as chair of the district’s Special Education Parents Advisory Committee. Has daughter at Olmsted 156 and son who graduated from City Honors through its program for students with autism. Making first run for elected office.

• Supporting the social and emotional needs of students; bolstering academic curriculum across schools to better prepare kids for college or career; special and bilingual education.

• Fiscal priorities include streamlining district operations so more money can be directed to the classroom; wants district to pursue more grants and partnerships to support initiatives and innovative programs.

• Superintendent Kriner Cash’s performance: Has done a “very good job” focusing on needs of students and rebuilding district’s relationship with the community, but more work needed managing employees and improving relationship with board. 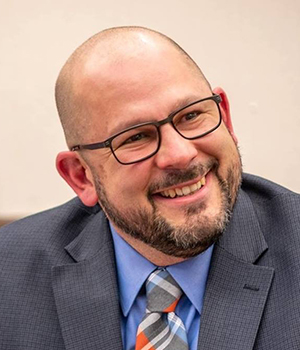 Background: Master's in school psychology from Rochester Institute of Technology; co-chairs Buffalo Parent-Teacher Organization, which he co-founded in 2014; a specialist in alternatives to suspensions, which would be a focus as a board member. Has two children at School 81.

• Superintendent Kriner Cash: "Excellent," and has demonstrated "stable and inspirational" leadership and a "clear and methodical" vision for  district, but some cost-cutting has adversely impacted students.