It's come a long way from 500 square feet of rented space in the basement of the Main Street School in East Aurora, but the goal of Explore & More – The Ralph C. Wilson Jr. Children’s Museum at Canalside, hasn't changed.

"It's a great day for play," museum CEO Michelle Urbanczyk said as the new 43,000-square-foot museum took another step toward its official opening this year with a formal dedication of the Canalside building Thursday morning.

The 25-year-old museum has grown up, and will be opening its doors to the public soon. And while there was a ceremonial ribbon-cutting Thursday with Gov. Andrew M. Cuomo, other public officials and Ralph C. Wilson's widow, Mary, there is no firm date set for the opening.

When that day arrives, visitors will enter the lobby from Main Street or from the bridge on the Commercial Street side. The main entrances are on the second floor of the four-story structure. The first floor, which is level with the ice rinks at Canalside, houses offices, meeting rooms and the Low Bridge Cafe, which will be open to the public.

The first hands-on exhibit children will gravitate to is a huge working gear box, perfect for small hands to operate. Each gear also has the name of major donors. Next to that is a large red magnetic pin hand impression display.

Children will learn about Being Good Neighbors with kid-size living areas depicting a Yemeni living room, and Puerto Rican and Seneca Indian kitchens. Moving Water shows how Buffalo is tied to the water, with a 30-foot waterfall flowing into a water table where children learn about the Erie Canal, including how locks work and electricity is produced.

A quick walk or elevator ride to the third floor brings visitors to the Playing Together area where families can run, play and see what it feels like to be part of Buffalo sports teams. There's also Lighting Buffalo's Imagination with a pedal-powered light tower, an introduction to inventors and innovators from Western New York and a mini hospital. Youngsters will like stepping into a construction zone and building their own structures at the Building Buffalo area. 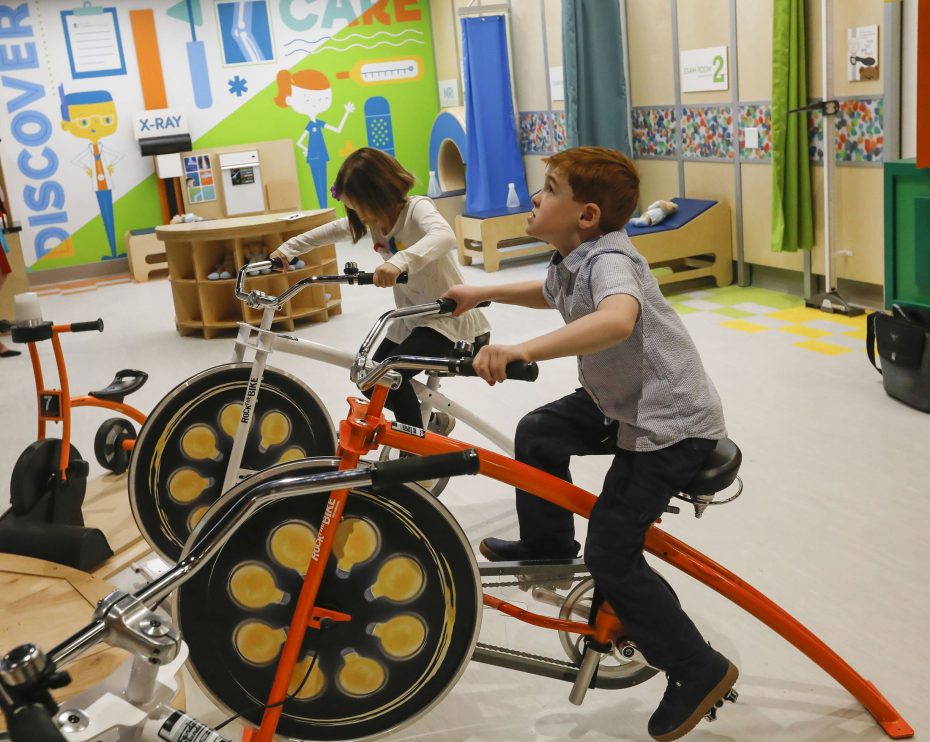 Brady Savino, 6, and his cousin Rowen Whitehead, 7, try out an exhibit where kids can make electricity by pedaling a variety of bikes and hand bikes at the new Explore & More – The Ralph C. Wilson Jr. Children’s Museum at Canalside Thursday. (Derek Gee/Buffalo News)

The area's agricultural heritage is on display in the fourth floor Farm to Fork area, with the chance to "milk" a (plastic) cow, and plant, grow and harvest crops. The fourth floor also has great views of Buffalo's landscape.

"It's about us," Urbancyzk said of the museum. "It's celebrating the fabric of who we are as a community." 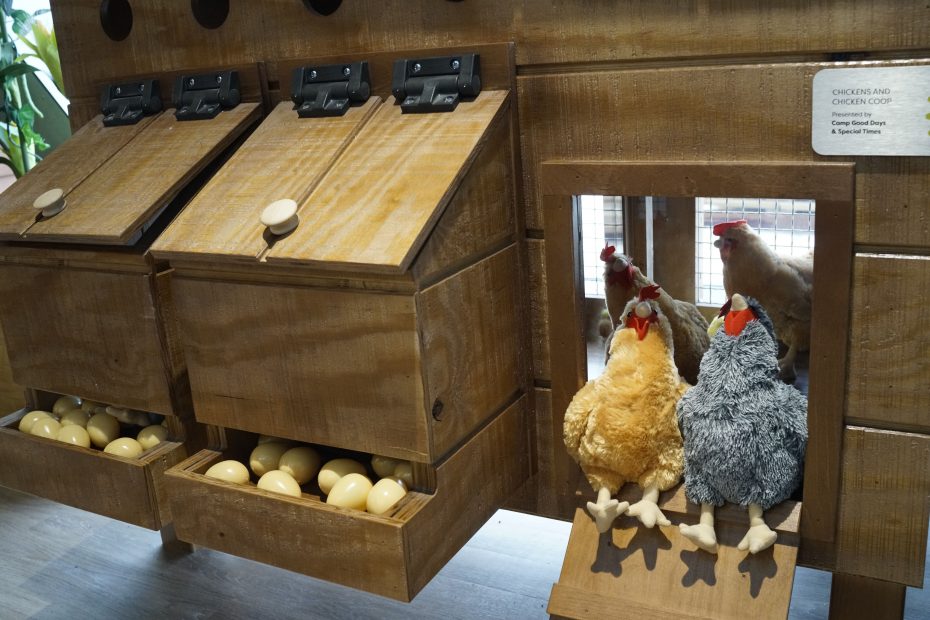 Visitors can tend to the chickens and harvest eggs in the Farm To Fork exhibit at the new Explore & More – The Ralph C. Wilson Jr. Children’s Museum at Canalside. (Derek Gee/Buffalo News)

The Ralph C. Wilson Jr. Foundation selected Explore & More for $6 million in a matching fund grant, and Cuomo praised Ralph Wilson and the commitment made in 2012 to keep the Buffalo Bills in Buffalo.

"If the Buffalo Bills left at that point, I believe you would not have seen the progress and the momentum," Cuomo said, calling the museum a great economic and tourism development magnet.

"I can't begin to tell you how moved I am to see Ralph's name on a building," on "a different playing field," Mary Wilson said.

"This is an opportunity to again recognize the life and legacy of Ralph C. Wilson Jr.," said Buffalo Mayor Byron Brown.

The project also received $9 million from the state’s Erie Canal Harbor Development Corp. to build the shell and core of the building.

Take a tour of the new museum below: