If fans traveling by bus or limo bus to Buffalo Bills games next season want to tailgate, they’ll have to do so in a designated area.

The team has announced a new policy that will require buses and limo buses to purchase a tailgating package for its occupants should they wish to tailgate. The cost for a 20-person vehicle is $300, then $600 for a 40-passenger vehicle and $900 for a 60-person vehicle. That breaks down to $15 per passenger, and is paid in advance of a parking pass being issued.

Buses and/or limo buses that do not wish to have their guests tailgate will have to pay $100 for a parking pass, but are not required to purchase a tailgate package. By instituting the new policy, Bills officials hope to curb some of the unruly behavior inside the bus lot.

“Our No. 1 concern as an organization is fan safety,” said Andy Major, the team’s vice president of operations and guest experience. “When you’re seeing what was happening in the bus lot the last couple seasons, especially last year, it gets very concerning.

"It’s dangerous behavior, not just negative fan behavior. It’s dangerous to security, the sheriffs and staff who are trying to police things.”

Those in vehicles that elect to pay for a tailgating package will receive a spot in what the team is calling “Tailgate Village.” Set up inside the bus lot, the designated area has space to accommodate up to 4,000 fans. 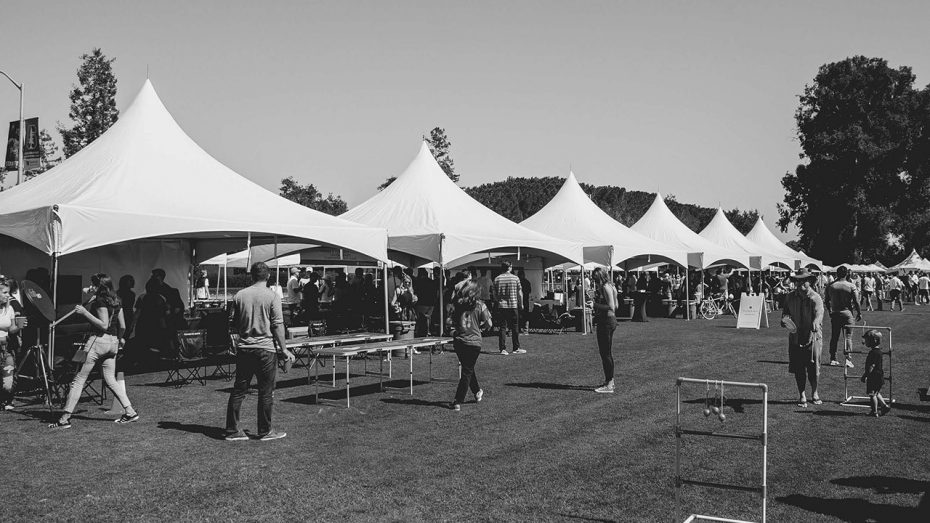 Here is a rendering of Tailgate Village, where tailgaters who arrive by bus or limo bus will be required to tailgate. (provided by Buffalo Bills)

The Bills have tried in recent years to clean up some of the more unacceptable behavior in the bus lot. A $100 deposit was required last year, but didn’t make a dent in improving the experience for those in the lot, the Bills said. The alcohol-fueled exploits of some fans, which has included jumping off buses and through tables, have been documented by websites such as Deadspin and Barstool Sports.

“The viral videos on social media, it’s embarrassing when we see that,” Major said. “It affects the community, affects the team negatively. We know our fans aren’t like that. That’s what’s disappointing for us.

"We know we have great fans. We know the vast majority of our fans, they do behave well. They’re passionate, they’re loyal and they’re not causing issues, but there are a few who make a big stink out there – a few knuckleheads who wreck it.”

“Tailgate Village” will be operated by Tailgate Guys, a company that was formed in Auburn, Ala., and specializes in customizing tailgate parties at several major colleges and six NFL teams. Included in each package is a tent and tables and chairs dependent on the size of the tailgate. Tailgate Guys employees also will be able to assist those purchasing a package with the setup of their tailgate. From there, fans can customize their packages with a la carte items such as more tables and chairs, grills, televisions and full catering options, including beverages.

Fans still will be able to bring in their own food and beverages for consumption at their tailgate, but will no longer be able to do so outside their vehicle. Rather, that will take place in their designated space inside “Tailgate Village.” 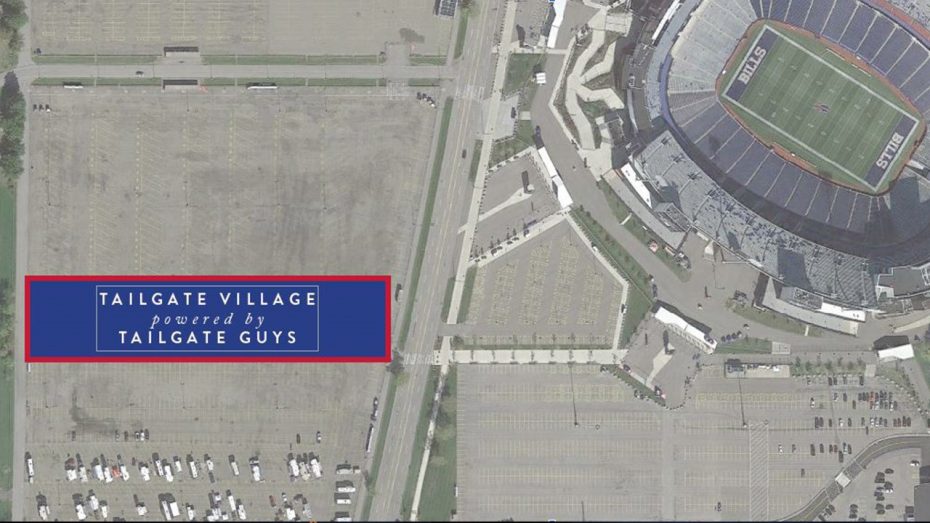 This map provides a view of where Tailgate Village will be located near New Era Field. (Provided by Buffalo Bills)

“This whole thing evolved from feedback,” Major said. “We heard from the bus and limo companies, ‘Hey, I don’t know if I want to bring a bus here again.’ ”

Bills Mailbag: Grading each of Buffalo's additions in free agency

The Bills collaborated with the Limousine-Bus-Taxi Operators of Upstate New York, Erie County Sheriff’s Office and Orchard Park Police Department to develop the new policy, as well as their private security firm, BPI, and All-Pro Parking.

“The concern was from a fan-safety standpoint, and trying to enhance the fan experience in the bus lot for everybody,” Major said. “This really helps us with the safety factor.”

The Bills plan to have games and live music with a DJ inside “Tailgate Village,” as well as appearances by the team’s mascot, Billy Buffalo, and performances by the drumline.

“Buffalo fans – we’ve got the best fans in the NFL. They know how to tailgate and have a good time,” Major said. “We’re just trying to make it safe and encourage a responsible atmosphere that’s fun for everyone.”

Major said the $15 cost per passenger is similar to the amount fans who travel by car to the game pay. It’s $30 for a car to park inside the team lots outside New Era Field, and the average ridership is three fans per car. He added that the Bills will be flexible with the capacity. For example, if a bus has 22 passengers, it won’t be required to pay the 40-passenger cost, but would instead pay $300 plus an extra $30 for the two additional passengers. Each fan on a bus or limo who buys a tailgate package will be given a wristband.

Limos carrying parties of 11 or less will not be subject to the tailgate package requirement, and will continue to park in their same spot along Abbott Road inside the bus lot.