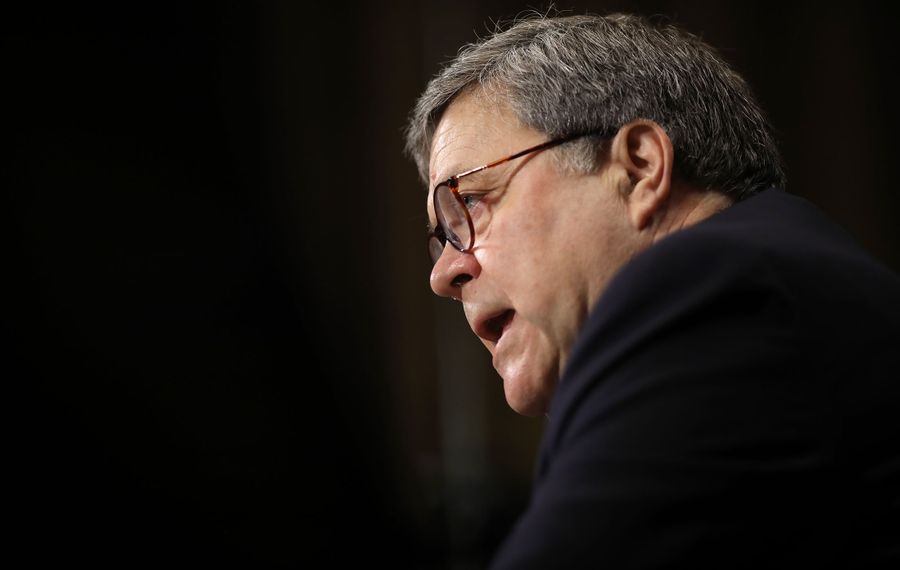 Attorney General William Barr told the Senate Judiciary Committee on Wednesday that he did not misrepresent the report by special counsel Robert Mueller, despite Mueller’s complaint that the attorney general’s initial public letter describing the investigation’s findings did not capture its full context.

In a letter from the special counsel to the attorney general, released Wednesday, Mueller wrote that Barr’s summary of his office’s work failed to capture “the context, nature and substance” of his report and had left the public confused about “critical aspects of the results.”

Democrats pressed Barr on why he had not publicly acknowledged concerns about his original summary when asked about them and why he asserted that Trump had cooperated fully with the investigation when he tried to thwart it. Republicans focused their questions not on Trump or Mueller’s report but on Hillary Clinton’s emails and the former FBI officials who opened the Russia investigation.

The House Judiciary Committee voted Wednesday to allow staff lawyers to question Barr at a hearing scheduled for Thursday. Barr has said he will not appear under that format.

• Barr blames media for “reading too much” into his initial summary of Mueller report. 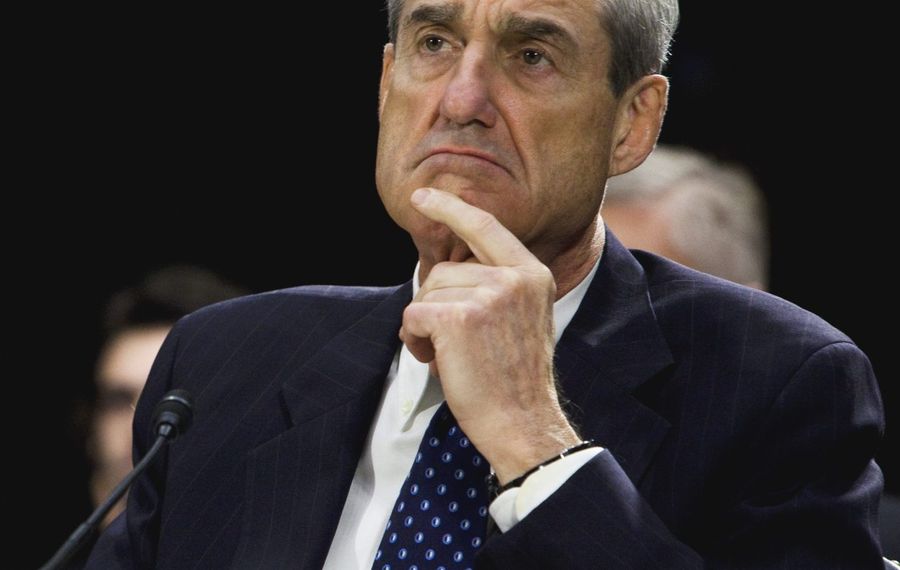 Barr told senators that he decided to release his initial four-page March 24letter characterizing Mueller’s bottom-line conclusions because of intense public interest, pushing back against criticism that he distorted the broader findings of the special counsel investigation.

“The body politic was in a high state of agitation,” Barr said, explaining why he decided to release the letter. Some analysts, he said, were suggesting that any delay in releasing Mueller’s report would indicate that the president faced legal jeopardy. “I didn’t feel that it was in the public interest to allow this to go on for several weeks,” Barr said.

The attorney general acknowledged that Mueller was not happy about the impression left by Barr’s original letter. After receiving a letter from the special counsel urging the release of the executive summaries, Barr said he called Mueller to discuss the matter.

“He said that this concern focused on his explanation of why he did not reach a conclusion on obstruction and he wanted more put out on that issue,” Barr said. But the attorney general added that Mueller was not complaining about the letter itself, only how it was being read. “He was very clear with me that he was not suggesting that we had misrepresented his report,” Barr said.

Barr said Mueller told him that “the press reporting had been inaccurate and that the press was reading too much into it.” But Mueller’s letter made no mention of media accounts, attributing his concern to the attorney general’s letter.

• Barr: Removing Mueller for supposed “conflicts” would not be the same as firing him.

Barr took on one of the most sensational elements of the special counsel’s report, arguing that the president was not actually trying to eliminate the investigation against him by seeking to remove Mueller.

Don McGahn, then the White House counsel, told the special counsel’s team that the president called him twice in the summer of 2017 and told him to tell the Justice Department to remove Mueller on the grounds of supposed conflicts of interests. “Mueller has to go,” he quoted the president telling him. McGahn, who considered the conflicts cited by the president to be “silly” and “not real,” refused to go along.

Barr told senators that the president’s request did not constitute an illegal effort to impede the investigation.

“There is a distinction between saying to someone, ‘Go fire him, go fire Mueller,’ and saying, ‘Have him removed based on conflict,’” Barr said.

Sen. Dianne Feinstein of California, the ranking Democrat, asked what the difference would be.

“If you remove someone for a conflict of interest there would presumably be another person” appointed as special counsel, Barr said.

• Democrats challenge Barr over his past statements.

Democrats pressed Barr on conflicts between his assertions and information that has come to light through Mueller’s report or the letters he sent the attorney general.

Sen. Patrick Leahy, D-Vt., challenged Barr on why he did not acknowledge the concerns expressed in Mueller’s letters at an earlier hearing. When Barr was asked at a House hearing in early April

if he knew what was behind news reports that members of Mueller’s team were frustrated by his summary of their conclusions, the attorney general said, “I don’t know.”

Leahy suggested that was misleading.

“Why did you say you were not aware of concerns when weeks before your testimony Mr. Mueller had expressed concerns to you?” Leahy asked.

“The question was relating to unidentified members who were expressing frustration over the accuracy” of the letter, Barr said. “I talked directly with Bob Mueller, not members of his team” and “Mueller had never told me that the expression of the findings was inaccurate.”

Other Democrats have been more pointed. Sen. Chris Van Hollen of Maryland and Rep. Adam B. Schiff of California, chairman of the House Intelligence Committee, said Barr misled Congress and should resign. Sen. Mark Warner of Virginia, the ranking Democrat on the Senate Intelligence Committee, all but followed suit: “If Mr. Barr didn’t tell Congress the truth, and it appears he didn’t, then he can’t continue to serve as attorney general.”

Leahy also took on Barr over his assertions that Trump had “cooperated fully” with the investigation, asking him about several of the president’s actions to thwart the inquiry, including his refusal to be personally interviewed by prosecutors.

Leahy cited an instance when Trump directed Corey Lewandowski, his former campaign manager, to tell Jeff Sessions, who was then the attorney general and had recused himself from the investigation, to unrecuse himself and impose limits on the special counsel that would effectively take its focus off the president.

“Is that fully cooperating?” Leahy asked.

“Well,” Barr said, pausing, “I don’t see any conflict between that and fully cooperating with the investigation.”

• Republicans focus attention on “the other campaign.”

While Democrats confronted Barr over the president and special counsel, Republican senators used their time to shift attention to what Trump has called the real scandal, the fact that he was investigated in the first place.

Sen. Lindsey Graham, R-S.C., the committee chairman, pointed to “the other campaign” and Clinton’s email server as well as the origins of the investigation into Russia’s interference in the 2016 election on Trump’s behalf, picking up themes that have animated the president’s public appearances.

As he opened the hearing, Graham read from much-circulated text messages between former FBI officials Peter Strzok and Lisa Page in 2016 to prove that the people investigating the president “hated Trump’s guts,” as he put it. He also returned to the Democratic-financed dossier on Trump assembled by Christopher Steele and an eavesdropping warrant issued against Carter Page, a former Trump campaign adviser, under the Foreign Intelligence Surveillance Act.

“This committee is going to look long and hard in how this all started,” Graham said. “We’re going to look at the FISA warrant process. Did Russia provide Christopher Steele the information about Trump that turned out to be garbage, that was used to get a warrant on an American citizen? And if so, how did the system fail?”

Citing the same text messages, Sen. Josh Hawley, R-Mo., said the investigation into Trump was an attempt by unelected FBI officials “to overturn a democratic election. And to my mind that’s the real crisis here.”

Other Republican senators accused Democrats of a double standard for advocating that James Comey, the FBI director who led the investigation into Clinton’s private email server, be fired because of his handling of that and then complaining when Trump eventually did dismiss him. And Republicans pressed the argument that former President Barack Obama should have done more to counter Russian interference in the 2016 election when he was in office – mirroring a video released during the hearing by Trump’s re-election campaign.

One exception was Sen. Ben Sasse, R-Neb., who said the hearing should not just be about pro- and anti-Trump. He highlighted the role of Oleg Deripaska, a Russian oligarch whom he called “a bottom feeding scum sucker” who had on his payroll Paul Manafort, who went on to serve as Trump’s campaign manager.

“Is it permissible for someone to be paid by someone who’s basically an enemy of the United States and then can that person just volunteer” for a campaign, Sasse asked Barr.

Barr said it depended on the details. “It’s a slippery area” he said.

Sen. Dick Durbin, D-Ill., mocked his Republican counterparts for fixating on Clinton more than two years after she lost the election. “I’ve been listening carefully to my Republican colleagues on the other side, and it appears that they are going to go work together and coordinate the so-called ‘lock-her-up’ defense,” he said.

While attention was trained on the Senate, the House moved forward with its own confrontations. The Democratic-led Judiciary Committee voted to allow staff lawyers from both parties to question Barr during testimony scheduled for Thursday. Barr and committee Republicans have objected to that arrangement and the attorney general has threatened not to show up for questioning.

With Democrats not backing down, it remains to be seen if he will.

“Attorney General Barr publicly committed to being transparent regarding the special counsel’s investigation,” the committee’s chairman, Rep. Jerry Nadler, D-N.Y., said. “He should welcome the opportunity to speak candidly and at length before the House Judiciary Committee and the American people.”

At the same time, House Democrats are waiting to see if the Justice Department meets a Wednesday deadline set by the Judiciary Committee to turn over a copy of the Mueller report without redactions and all the evidence collected by Mueller. They already issued a subpoena for the material and could escalate a conflict with the Justice Department if it is not handed over.

• Barr testimony spotlights the role of the attorney general.

Several moments of Barr’s testimony highlighted tensions over the role of the attorney general: whether as the chief law enforcement officer, an attorney general is supposed to render independent judgments based solely on the facts and the law without taking politics into account, or whether, as a political appointee in an administration, he or she is supposed to function as part of the president’s team.

In explaining his handling of the investigation, including his decision to pronounce Trump cleared of obstruction of justice, Barr repeatedly put forward the best interpretation of events from the president’s point of view, downplaying episodes that Mueller had spotlighted as potential obstruction of justice. He likewise stuck by his claim that the president fully cooperated under challenge by Democrats.

Toward the end of the morning’s session, Barr also dismissed the now-revealed unhappiness expressed by Mueller with Barr’s original letter, describing the special counsel as essentially just a subordinate U.S. attorney and saying “his work concluded when he sent his report to the attorney general. At that point, it was my baby.”

Barr added: “It was my decision how and when to make it public, not Bob Mueller’s.”