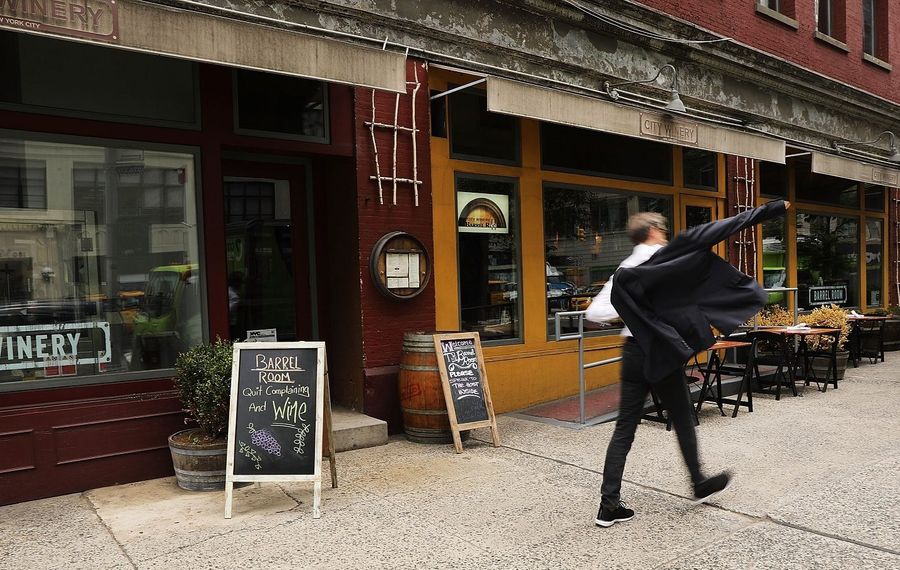 I’m old enough to remember when musicians could busk freely during the Allentown Art Festival.

I recall bands performing in the parking lot of the Old Pink on Allen Street one year, though it might have happened in subsequent years, too.

Robby Takac’s Music Is Art Festival had its origins during the festival, and so the Franklin Street. block around what was then Takac’s GCR Studios joined the party.

And what a party it was.

All of these unofficial ancillaries of the Allentown Art Festival have been chased out of town. When they left, they took most of the fun with them.

These days, if you want to busk during the Allentown Art Festival, you need to apply for a license from the city, sign up with the AAF, and follow a set of rules. Most of these rules make sense, but the final one – which reads like a riff on the neighborhood woman’s voice yelling “Turn it down! Don’t you boys know any nice songs?” during the Frank Zappa song “Joe’s Garage” – provides the dreaded wet blanket/buzz-kill combo.

“Keep noise controlled to the space you are in. No amplifiers!”

The problem here isn’t the fact that these un-amplified buskers will have little chance of being heard by anyone who isn’t standing in their personal face-space. The problem is that we are seeing gentrification at work here, and with it comes a debate over who is entitled to public expression in public spaces. 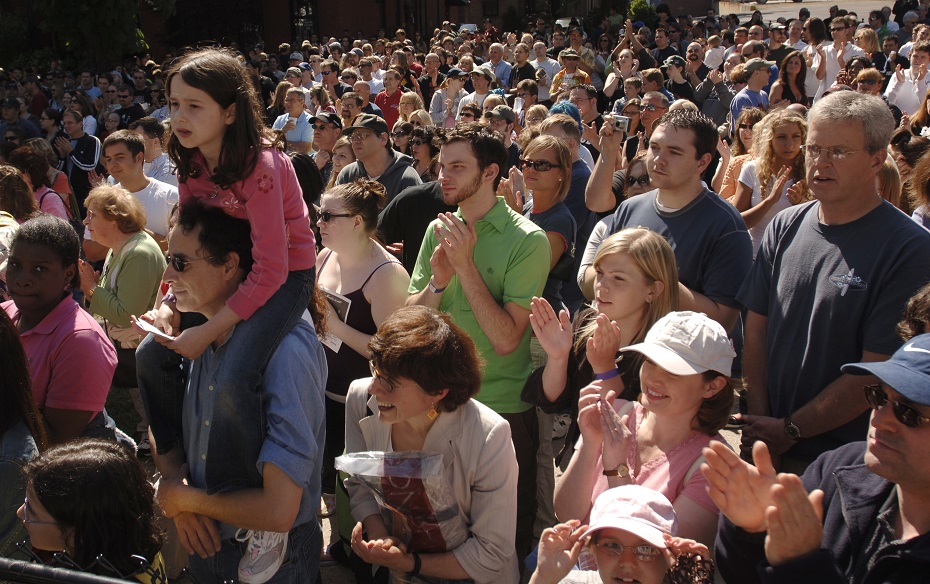 The crowd at the Music is Art Festival on June 10, 2007, when MIA still took place concurrently with the Allentown Art Festival. (Derek Gee/The Buffalo News)

An article that appeared on NewYorker.com this week boasted a beautiful headline: “Go-Go Music as a Rallying Call to Resist Gentrification.” The piece details how the owner of a MetroPCS store in a historically African-American Washington, D.C. neighborhood had been cranking go-go music. “The percussive, funk-inspired, call-and-response style of music known as go-go is the sound of black Washington, D.C., a homegrown genre that seeped into the city’s bloodstream in the mid-sixties and still pulses through its streets today,” in the New Yorker’s words – for 24 years, until a recent spate of noise complaints from new neighbors pressured the store to go silent.

Long-time residents weren’t having it, however. Peaceful protests were organized. T-Mobile C.E.O. John Legere got involved, and the music was restored.

This might not seem like a big deal on the surface. But if we dig in, we see that it is. As Briana Younger of the New Yorker rightly points out, “the act of muting spoke to the actual music, of course, but also to the sanitization of Washington, D.C., through rapid gentrification.”

The point is that a community’s music is a significant part of that community’s culture, and thus, its identity. Gentrification, which is making its mark on Buffalo as I write this, has a long history of scrubbing away that identity and replacing it with something more generic. Something more pleasing to newer, wealthier neighbors who can afford the rapidly escalating housing costs. Something whiter, history shows us.

All of this should not be laid solely at the feet of the Allentown Art Festival. But it’s important to note that, while Buffalo might not have a “signature sound” as singular and recognizable as D.C.’s go-go music, we need to be vigilant in our defense of our culture, even if that culture is still in the process of defining itself.

I say we need to stand up. And turn it up. 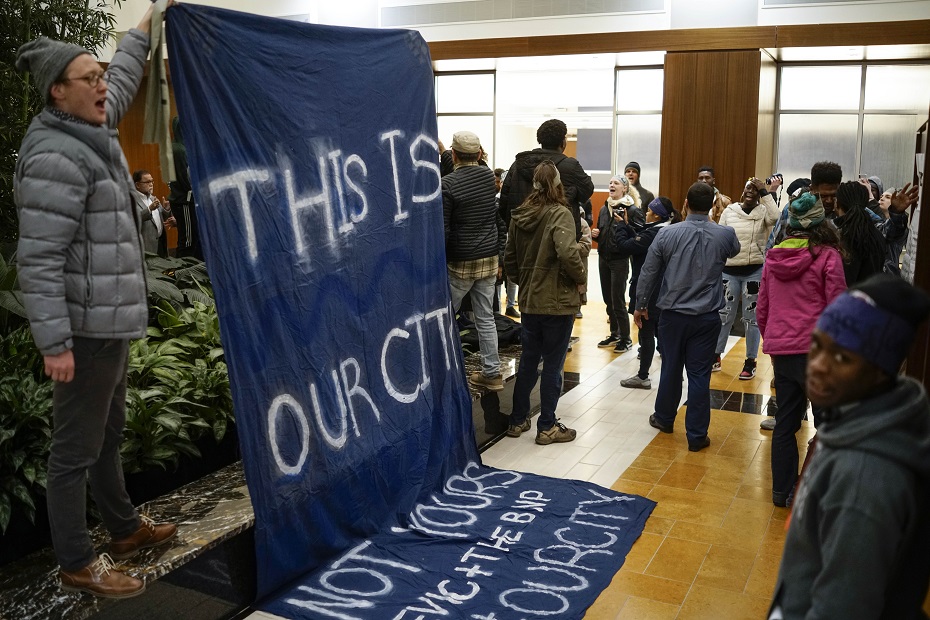 A group of protesters from Our City Coalition and PUSH Buffalo gathers in the lobby of the Health Now building to protest the Buffalo Niagara Partnership and the rise of gentrification in Buffalo. March 28, 2019. (Derek Gee/Buffalo News)