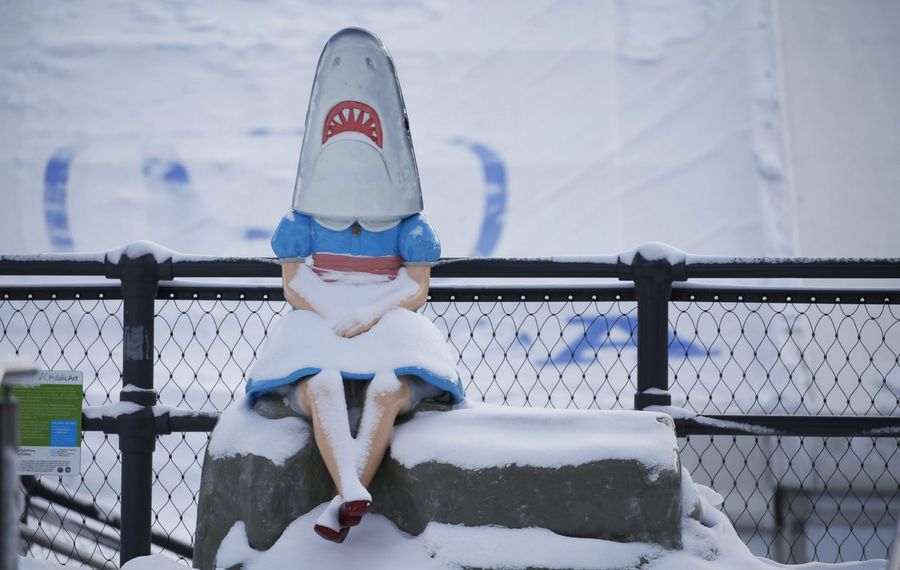 We are the national snow champions.

With the calendar about to turn to May, Buffalo has a virtual lock at besting arch-nemesis Syracuse in seasonal snowfall for the first time since 2002.

In doing so, Buffalo also will capture its first Golden Snow Globe award for recording the most snowfall of any U.S. city with a population over 100,000. That also means it will win the statewide Golden Snowball award for the first time in 17 years.

“No Stanley Cup. No football playoffs. But, Buffalo has got Golden Snowball in the bag,” said Don Paul, a contributing meteorologist to The Buffalo News.

As of Monday, Buffalo clung to a narrow 3.8-inch snowfall lead over Syracuse – 118.8 inches to 115 inches. The snow season officially closes June 30, which might be a tad late even for us.

Climatologically speaking, Buffalo's lead might as well be 38 inches.

“As for May, measurable snow is very, very rare here,” said Steve McLaughlin, a retired meteorologist from the National Weather Service and local weather guru. “It hasn’t happened at all in 30 years. So, it’s safe to say that we will win the contest.”

Records for late-season snowfall were shattered May 7-8, 1989, when as much as a foot of heavy, wet snow fell across Western New York. The snow knocked down trees and power lines and even some roofs collapsed under the weight of the snow, according to weather service reports.

The federal Climate Prediction Center projects that the first two weeks of May will be anomalously cool across upstate New York.

Even so, forecasters said it’s unlikely to generate much, if any, snowfall. How come?

“The colder-than-normal forecast is just that we will be on the colder side of a stationary front most of the time, but this means 40s and 50s, not 20s and 30s,” McLaughlin said. “Our spring seems a good 7 to 10 days behind schedule.”

Although the winter of 2018-19 will go down as Buffalo's 12th snowiest on record, it was an unusual winter. The seasonal snowfall derby was essentially won by Buffalo – or lost by Syracuse – over the last two weeks in January.

As of mid-January, Syracuse held a nearly 15-inch lead in snowfall over Buffalo.

But a series of late January lake-effect snowstorms generated by a favorable-for-Buffalo southwest flow launched Buffalo past Syracuse via a 58.6 inch to 23.4 inch advantage. So, about half of Buffalo's seasonal snow total came during those two weeks in January.

Syracuse has narrowed the gap since Feb. 1 with a 44.5 inch to 27.8 inch edge over Buffalo, but will apparently run out of runway to complete the comeback.

Even with a colder air mass in place, Ansuini said myriad factors discourage accumulating snow this late into the season, including the solar angle and surface temperatures.