Since the invention of the first steam train in 1804, the transformational mode of transportation has transfixed society in a diversified number of ways.

This popularity provides more than enough motivation for Riley Street Station, the East Aurora bar-restaurant inside a converted Pennsylvania Railroad stop set back off East Aurora's Main Street stretch. If the place simply boasted a bunch of train photos, Molson Canadian on tap and grilled cheese for the kids, it would still be worth popping in for a visit.

Instead, it is a meticulously maintained historical relic, updated for modern imbibing, and ideal for a family meal break amid the plethora of kid-friendly spots across East Aurora.

Opened in 1987, Riley Street's front barroom was once the whole of the Pennsylvania Railroad Station. When glancing across the intricately designed windows, overhead beams and original woodwork, you can envision its former iteration, once full of waiting passengers en route to points throughout New York and its neighboring southern state. Train-related decoration enhances the recollection, with ads for rail companies like Atlantic Coast Line, Seaboard and Southern Pacific mounted throughout the interior. 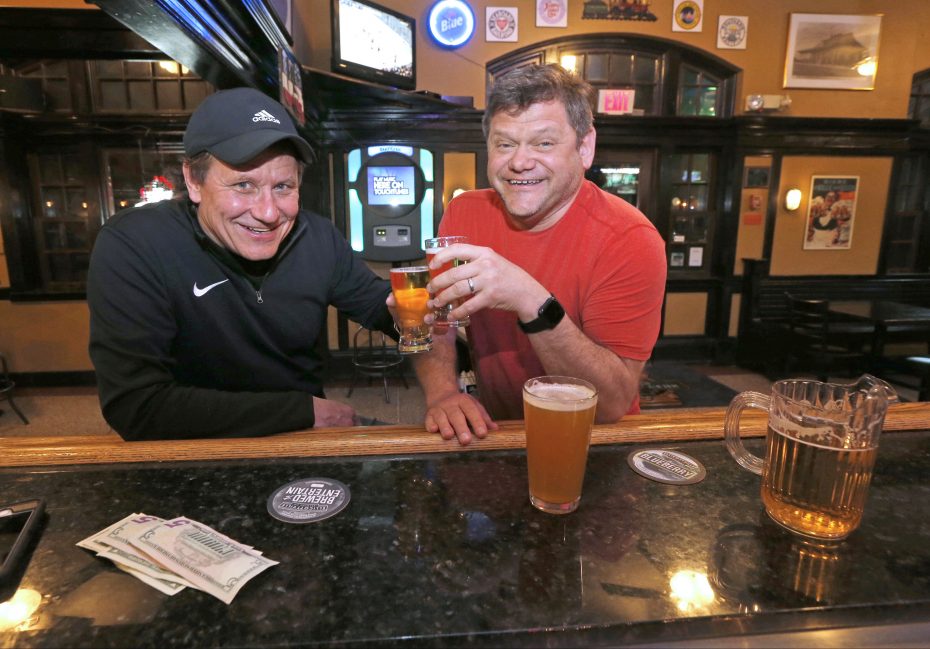 Life-long friends and Riley Street regulars Kevin Ward, left, and Dale Smith, toast as they watch the NFL Draft on one of the bar's televisions. (Robert Kirkham/Buffalo News)

Those settled in the bar can enjoy the noted 42 North draft choices, with well-known favorites like its Borderland IPA and Asylum Porter ($6), or the pineapple punch of its Fortune Fetcher IPA. If you would rather a few cocktails while settling in for some Major League Baseball action or afternoon golf on the barroom’s overhead televisions, try its railway-referencing Locomotion Potion, mixed with Bacardi Dragonberry rum, cranberry and orange juice, and lemonade. 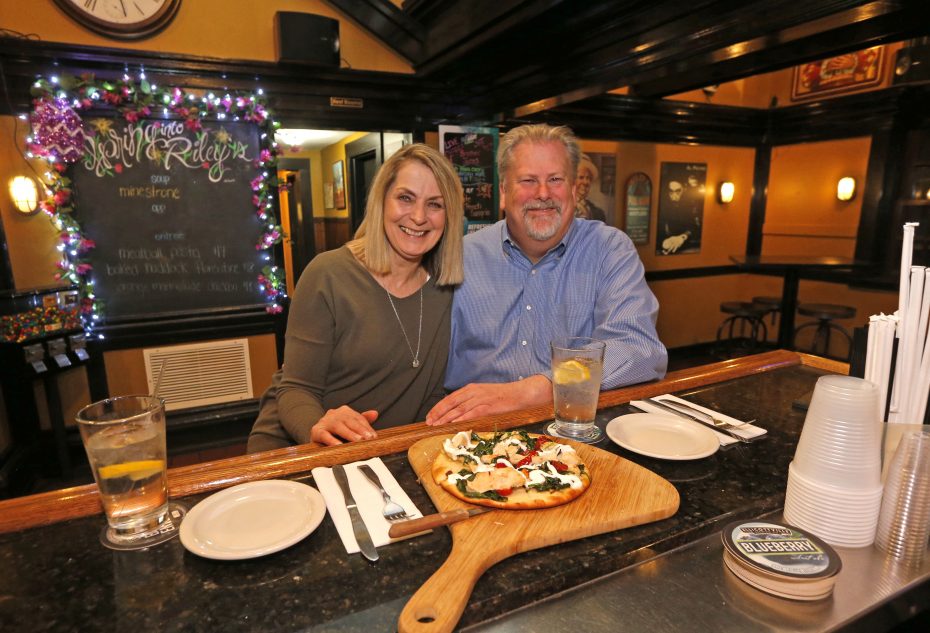 The glass-enclosed dining room (added in 2009) offers another ambiance option—especially for families looking for a pit stop after a hike through nearby Knox Farm State Park, visit down the street to Fisher-Price, or a nighttime skate at neighboring Healthy Zone Ice Rink. Classic train station photos (of former nearby stops like East Salamanca, Holland and Springville) are matted atop four-top tables. Children can order off a kids menu, with $8 items like chicken fingers or grilled cheese with Riley Street’s signature sidewinder French fries. For adults, the locale serves regular specials and sneaky good burgers, with its simplistic Depot Burger ($14) providing a surprising kick.

But while the Station’s inside can transport patrons back to a time when trains were king, its front and spacious side patio brings guests outside. Both are ideal to enjoy all the spoils of Riley Street amid warmer temperatures, with the side’s brick-laden expanse attached to additional side bar space for easier access.

Pull it all together and you have a social stop embracing its modern incarnation, all while preserving the echoes of those Pennsylvania Railroad trains that once came rolling ‘round the bend. 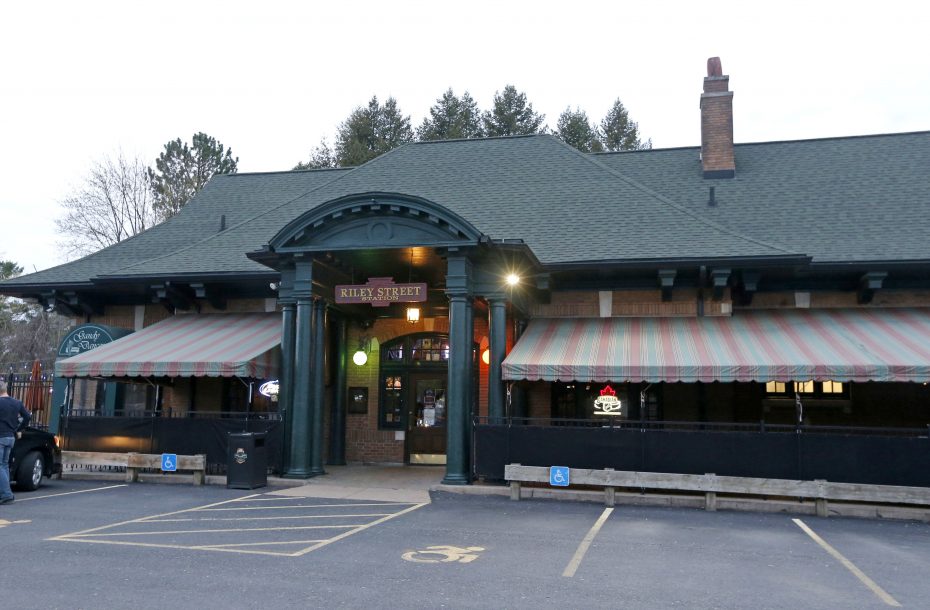 The exterior of Riley Street Station gives a clue to its former life as a train depot in East Aurora. (Robert Kirkham/Buffalo News)

Scene: Family friendly locale inside a converted train station, with rail regalia and historical ambiance off the main drag of East Aurora.

Family Fun Day: A visit to Riley Street can be followed by a visit to Fisher-Price or East Aurora’s Main Street offerings, located walking distance away.