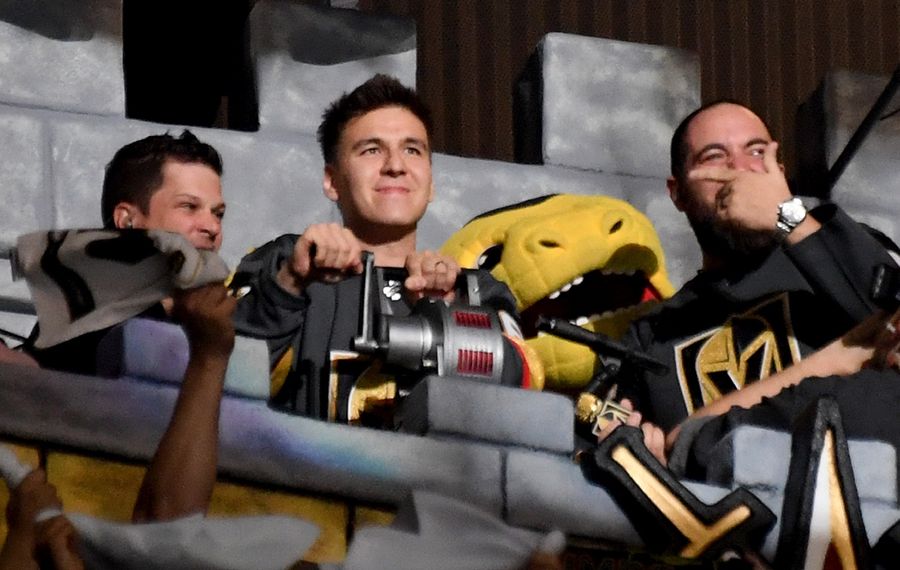 Western New York is all in on James Holzhauer, the professional gambler from Las Vegas who is crushing the game show “Jeopardy!” to the tune of more than $1 million in three weeks on the program.

He seems unbeatable, with a vast amount of knowledge and a gambler’s use of the daily double. He constantly bets a large amount of money on them to raise his winnings.

His performances are leading to record local ratings that are growing nightly. Wednesday's 7:30 p.m. episode carried by WIVB-TV (Channel 4) had a 16.3 rating and Tuesday's episode had a 15.0 rating. Those are higher live ratings that any prime-time entertainment series program during the February sweeps. Monday’s program earned a 14.0 rating and last Friday’s program had a 13.0 rating.

The program usually gets ratings in the ballpark of 9 or 10.

The lead-in at 7 tonight will be Channel 4’s NFL draft special, with “Wheel of Fortune” moving over to sister station WNLO-TV (CW23).

Holzhauer reportedly is breaking the “Jeopardy!” bank on a nightly basis. However, the high rating the program is pulling in nationally during his run should enable the syndicator to charge more for its commercial spots.

He has become such a big national story that even rival stations are reporting on it and therefore promoting his daily appearances.