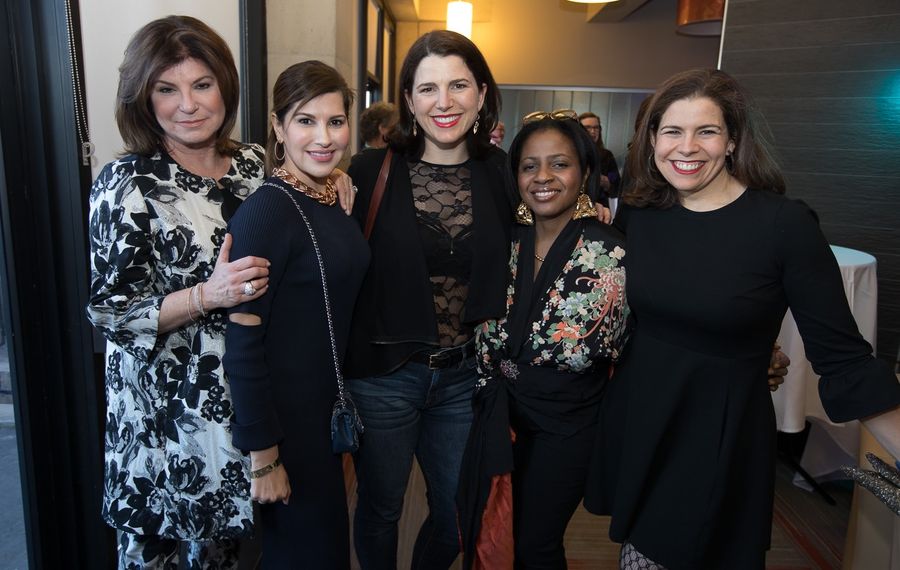 It's all right if you're Dyngus-ed out; signs of spring are more and more prevalent, and the fresh air might re-energize you (but it won't heal bruises from pussywillows).

Spring fashions will steal the show at Runway 12.0, Silo City Boom Days will boast fireworks to celebrate better weather and the Spring Fling Disco even includes the season in the name! There's probably something about Cher that connects with spring, too, but we can't quite put our fingers on it.

See what's on tap for Buffalo events Friday through Sunday.

Not known nationally for its fashion, Buffalo has a decided lack of runway shows. They're often a small part of a bigger event, not the main spectacle.

But Runway 12.0, an enduring project organized by fashion maven Erin Habes, chugs onward, with dual shows to serve as the capstone for the Buffalo State Fashion & Textile Technology Department's semester. The styles of both current students and alumni have already survived one round of judging and will be evaluated again on Saturday. Look back at Smiles and runway shots from 2018 and 2016.

Cher, doors open at 7 p.m., show begins at 8 on Friday, April 26 in KeyBank Center. Only resale tickets, beginning at $53 apiece for a pair, remain.

When pop star Cher last came to Buffalo, in 2014, she wore a wild headdress, somewhere between a spider and a peacock (hey, you try to explain it better). By the Ottawa Citizen's count, this is the 72-year-old's third farewell tour which - you'd think - would humorously connect with her current Here We Go Again Tour, but that's actually a reference to her appearance in "Mamma Mia!", the inspiration for her last work of ABBA covers. You really cannot predict anything with Cher.

Silo City Boom Days, festivities begin at 10 a.m. Saturday, April 27 and run until early in the morning at several participating venues. There's no cost to attend.

Boom Days, which celebrate the transition from winter to spring and Buffalo's bastion of waterways, includes its most participating venues ever for 2019. The Old First Ward Community Center, Duende at Silo City, Flying Bison, The Barrel Factory, Lockhouse Distillery, Buffalo Distilling Co. and Gene McCarthy's will all offer live music throughout the day, and fireworks will put the "boom" in Boom Days at 8:30 p.m., with the best view at Mutual Riverfront Park (41 Hamburg St.).

See the full schedule for the day, which includes a Sakura Gin release, a didgeridoo and the adored, unmistakable Edward M. Cotter.

Six Buffalo rock bands - with names like Dirty Vernon and Anger Is a Gift - will play sets in Brawler's for a charity gig. Bridget's Battle Foundation, in memory of Bridget Schuh's fight with breast cancer, and Buffalo Choppers, a Tonawanda motorcycle shop, have joined with Brawler's Thomas Ryan to present the event. There are worse things to do on a Sunday than cheap, live, local music.

The Buffalo Ski Club welcomes beer, wine and liquor lovers to Colden on Saturday for a fundraiser for the Buffalo Freestyle skiing team. More than 20 local vendors - including the vast majority of Buffalo breweries - will have a presence, while Wagner & Winston will handle the musical duties. Colden Country Inn will have food for purchase; the smoked pork cheddar nachos ($5) and the truffle salt pretzel bites ($3) both sound like they'd pair well with the drinks.

There's a bus ticket option from 12 Gates Brewing to the event for those interested in participating but leery about the distance/driving responsibly/not wanting to pay an Uber.

Spring Fling Disco, 7 to 11 p.m. Friday, April 26 at Salvatore's Italian Gardens (6461 Transit Road, Depew). Tickets are $25 in advance and will not be available at the door.

Buffalo has a soft spot for discos - if the remarkable popularity of the World's Largest Disco is any indication - and 104.1 Classic Hits hops on the trend with its spring party in Salvatore's. DJ Eddie fills four hours with '70s dance music, while a cash bar and Salvatore's appetizer buffet make for solid sustenance. Attendees are encouraged to wear disco-era attire.

[Related: Smiles at Bottles and Bites, another WHTT event]

Be one of the first to see the transformed three-story home, formerly of florist William Palmer, when it opens to the public on Saturday through May 19. For perspective, take a peek at the "before" photos of the Palmer Centennial House before its beautification, and also read Susan Martin's thorough preview.

The Junior League of Buffalo, which promotes the leadership development of women, presents the Show House in tandem with The Buffalo News.

There's no need to waste away in Lockport, where New York Beer Project hosts a tropical themed party on its second floor. Music will be performed by party band Gimme Buffett, a special list of tropical drinks will be served and the upstairs will have a beach-like feel. Attendees are encouraged to wear Hawaiian shirts, leis and more garb associated with a beach vacation.

If you were busy on Record Store Day or merely have an insatiable appetite for vinyl, more than 20 vendors will set up inside DIY-haven Sugar City, and attendees can add to their collections at this event that returns after a year hiatus. Sugar City presents regular Soul Night dance parties in Milkie's, often hosts local music and art events, and continues to develop its own site on Niagara Street.

Note: Derby Dash for American Cancer Society, registration for the May 3 event closes on Friday, April 26. Individual tickets are $75. This is a formal cocktail party, not a road race.

Sold out: The Traditional's farewell show in Mohawk Place.