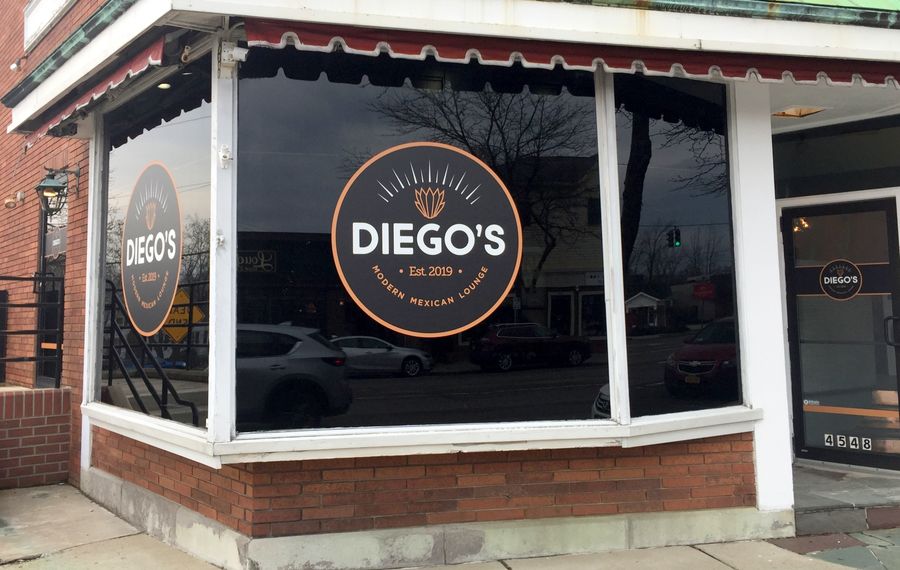 A group of Mexican restaurateurs have opened a Mexican restaurant in Snyder that aims to offer an upscale experience with a combination of standard offerings and more authentic cuisine.

Diego’s Modern Mexican Lounge is in soft-opening mode at 4548 Main St., after welcoming its first customers on April 24. The space has been Squire on Main and Don Agave since Brodo closed there in 2014.

“What we wanted to do here is have two menus,” said chef-partner John Mora. “One with your standards that everyone knows as Mexican food here in Buffalo.”

If you’ve been to the Clarence or Amherst El Ranchitos, you have an idea of some of the Western New York Mexican standards to expect in the first menu. A pair of chimichangas ($14) will be on offer, as will a taco salad ($11), shrimp in creamy chipotle sauce ($18) and a trio of carne asada steak tacos ($14) with rice and beans.

The initial lineup of traditional specials (all $19) includes Yucatan orange chicken, marinated in orange juice and arbol chiles, roasted then finished on the grill; three chicken enchiladas finished with Diego’s sweet-spicy mole sauce, made with more than 20 spices; and pork ribs Guadalajara style, braised in tomatillo sauce and finished with pickled onions and crema.

The margaritas will be fresh fruit and fruit purees, he said. “We are not doing syrup out of the gallon jugs for margaritas, that’s for sure.”

The décor has been redone in subdued elegance, he said. “Every other Mexican place has the bright reds and yellows, the cactuses and Corona bottles as salt shakers. Here we’re not doing that,” Mora said.

“The only way you’re going to know it’s Mexican is by the food you’re eating, the language we’re speaking and the big picture of Selena (the Tejano music star, not Gomez) on the wall.”

10 WNY places to explore deeper into Mexican menus, beyond tacos