Sonny Red’s, on Abbott Road as it dips under the railway bridge and passes Matthew Glab American Legion Post, used to be your average Lackawanna tavern.

Over its lifetime the spot has been known for a variety of things. There was volleyball. In the 1990s, as David Cane’s Café and Saloon, its live music volume drew citizen complaints at city council meetings. In 2012, as Woody’s Pub & Grill, it was seized by state agents for unpaid taxes.

Then Joe Jerge, who you may know from Mulberry Italian Ristorante and Mess Hall, got his hands on the place with his partners.

Today it’s known for its Neapolitan pizza, those notorious Mulberry meatballs, and a uniquely spiced chicken wing that Eric Wood, former center for the Buffalo Bills, has called the best in the world. As far as the neighbors are concerned, things are looking up at 1841 Abbott Road. 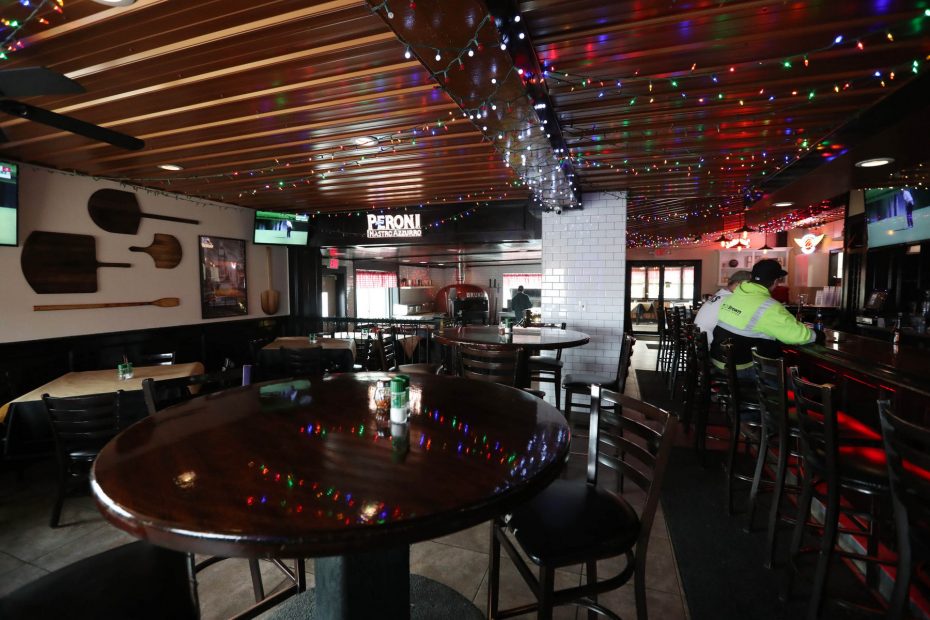 Like Mulberry, one of the region’s premier red-sauce joints, Sonny Red’s draws hard on New York City nostalgia. The place is named after a caporegime made famous in “Donnie Brasco.” Its interior still has televisions, but now sports expanses of gleaming white subway tile to help diners channel the spirit of emerging from the subway in Little Italy and slipping into a cafe for a pizza and a Peroni. There also is an exuberance of Christmas lights.

The night I visited, customers taking Sonny Red’s up on its offer included young parents in the back room, with babies in carriers. Office mates swapped stories over glasses of wine at the bar, and couples enjoyed pizza and wings that diverged from the Lackawanna average. 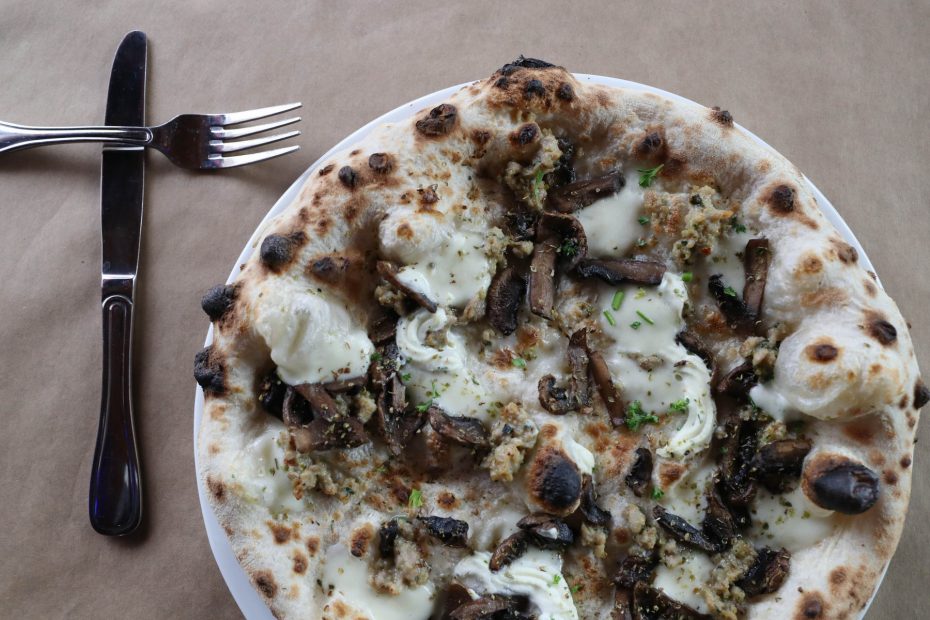 Sonny Red’s pies are Neapolitan style, so if you're the Buffalo-pizza-or-bust eater who values pizza primarily as a meat and cheese delivery vehicle, maybe stick to the chicken wings. Crust matters first in Neapolitan territory, with cheese, herbs, vegetables and meat as accents. Baked in temperatures nearly twice as hot as the average Buffalo-style pie, the crust develops bubbles and “leopard spotting,” singed patches that contribute toasty flavor.

At Sonny Red’s, dough is stretched to order and topped with ingredients like tomato sauce, miniature meatballs and smoked buffalo-milk mozzarella for numbers like the Old Smokey ($14). 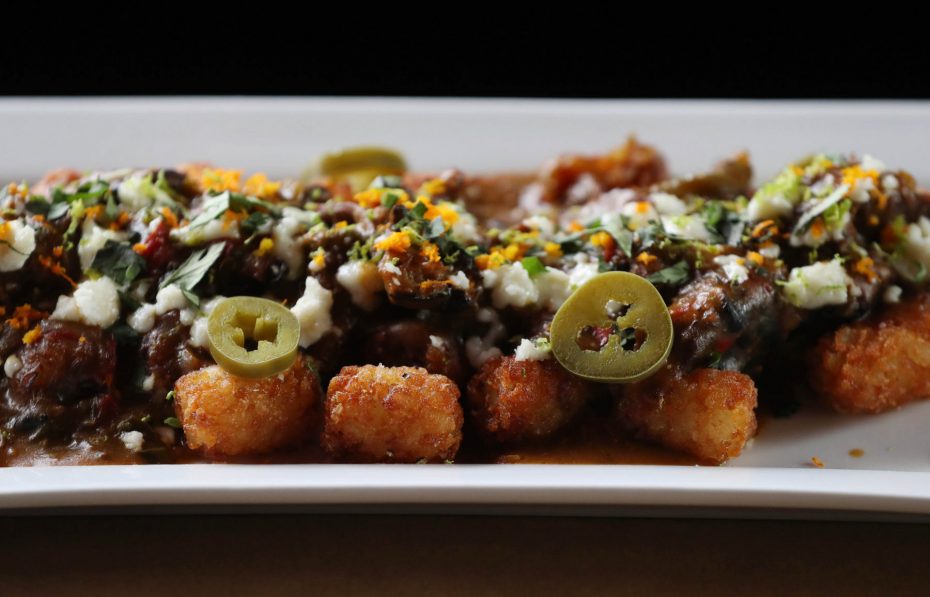 A White ($14) was first to table, the heat-tinged dough topped with mozzarella-like fior de latte cheese, roasted tomatoes, red onions, garlic and oregano. The richness, acid and aromas were pleasant, but the charcoal factor seemed prominent, due to an overdone undercarriage.

The story was the same with the Regina Margherita ($14), adorned with fresh halved cherry tomatoes, buffalo mozzarella and fresh basil leaves. Lots of flavor, plenty of aroma, too much charring underneath. It didn’t ruin it, but threw off the balance found in the best Neapolitan-style efforts. 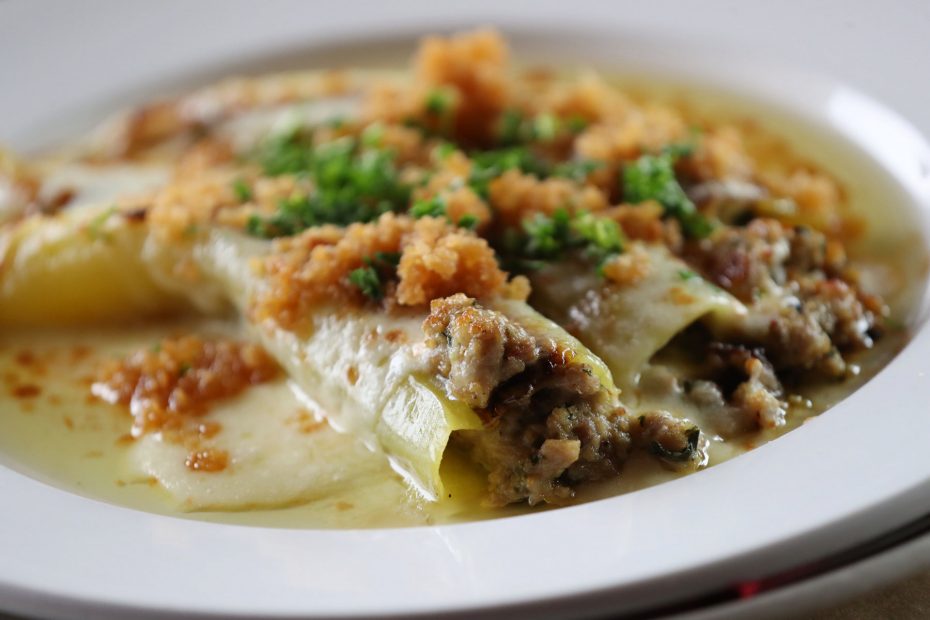 Norcina ($15), sausage, black truffle ricotta and porcini mushrooms, was my favorite, for its earthy forest tones. Gary Kashino ($13), a cup-and-char pepperoni number, narrowed the distance between Naples and Buffalo in a tasty way.

A twice brined fried chicken sandwich ($12) sounded like a good idea, but its overdone crust was a straitjacket from which no moisture could escape. Beef on an everything-bagel roll ($13) was a New York callback that worked. Dusted with poppy and sesame seeds, plus onion flakes, zingy with horseradish mayonnaise, loaded with tender beef, it was a welcome detour from the weck parade. 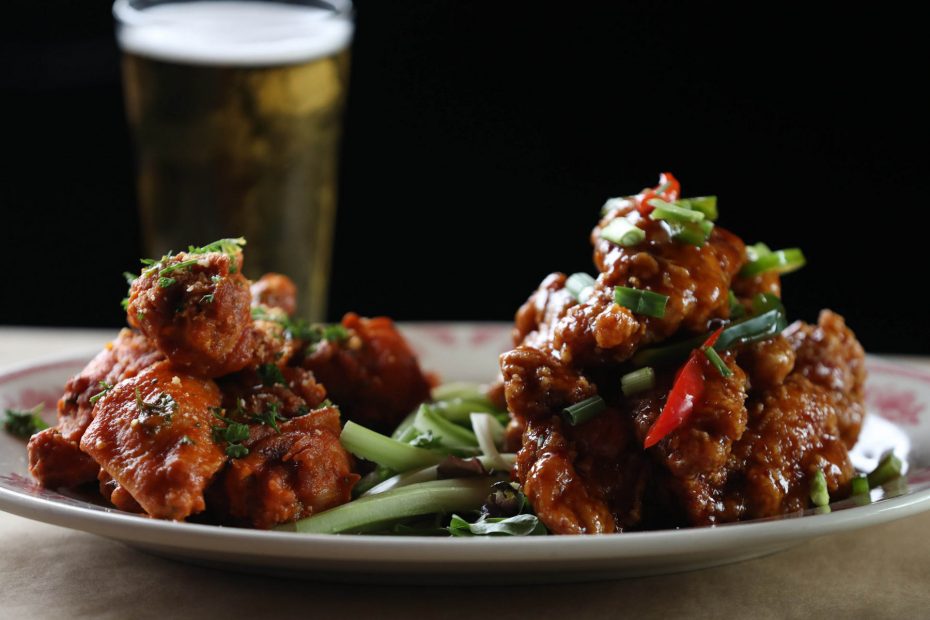 On the left is Sonny Red's Joe's chicken wings with their house hot sauce, and on the right is General Tso's wings. (Sharon Cantillon/Buffalo News)

The citrus-and-cilantro infused beef atop carne asada tots ($12) delivered south-of-the-border flavor, along with queso fresco. It would’ve been even better if the tots were crispy instead of crumbling. There was nothing amiss with the stuffed banana peppers ($12), oozy, spicy goodness that went well with pizza crusts.

Another Mexican-ish effort, a short rib taco ($3.99), was packed with rich pot-roast-like beef duded up with poblano chile crema, making for an satisfying snack even though its flour tortilla made sure it wouldn’t shake its gringo heritage.

An order of General Tso’s wings ($13) brought good-sized chicken digits smacking of sweet ginger and a tickle of heat, plus a fortune cookie. They should have been crisper. 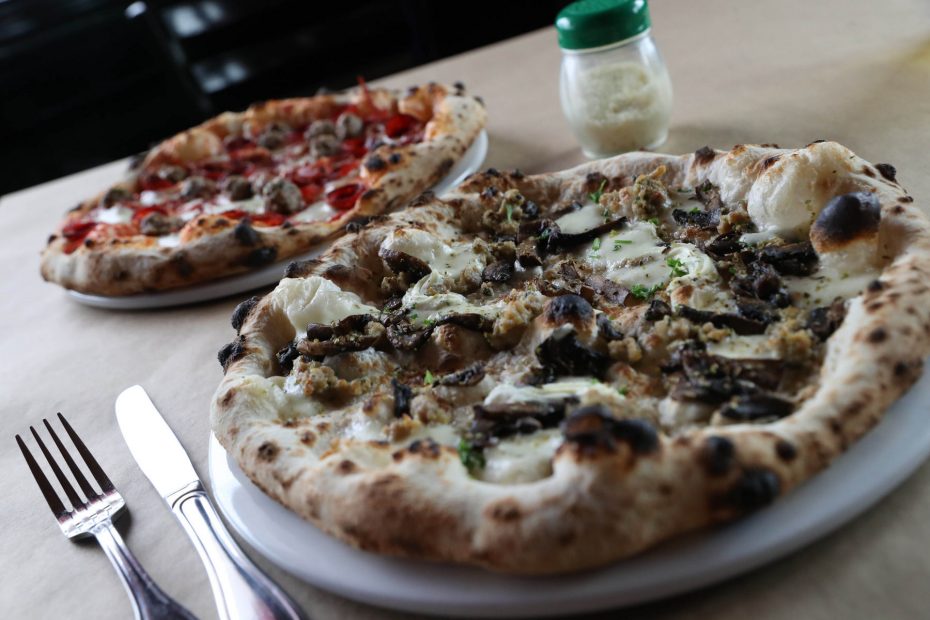 No complaints about the Joe’s wings, though. These were full crispy, for gnawing all the way down to the nubs, seasoned with a dry spice blend that brought smoke, heat, sweetness and a touch of exotic aroma. I would not go as far as Mr. Wood, but they’re definitely wings I would seek out whenever I was in Lackawanna.

Jerge, as is his blunt way, will be the first to tell you the place should be even better. Specifically the pizza, unevenly cooked at times because of the rigorous skill set required.

In my book, an operator who’s striving, not resting on their pizzas, is always preferable to a shrugger. Is Sonny Red’s still a welcome change from its predecessors? Forget about it.

Atmosphere: buzzy when full, but not unbearable.