Actor and director John Krasinski is in Western New York, scouting possible locations for a sequel to his hit film, "A Quiet Place."

One of the places Krasinski, known as Jim Halpert on the NBC sitcom "The Office," and others made a short visit to Wednesday is the Candy Apple Cafe in Akron. The cafe posted pictures of Krasinski posing with customers on its Facebook page.

"This is a very preliminary scouting," said Tim Clark, head of the Buffalo Niagara Film Commission. "There were a number of other places they don't want to reveal."

But Krasinski, who wrote, directed and starred in "A Quiet Place," and a team from Paramount Pictures, will be in Western New York for a few days, Clark said.

"They're looking really all over Western New York," he said. "It's very quick, they're interested in seeing a lot of things."

"A Quiet Place" tells the story of a family, including a deaf child, living in a world where most humans and animals have been killed by creatures that have acute hearing and use it to hunt down their prey. Krasinski played the father and his wife in real life, Emily Blunt, played his wife in the film.

Clark said the visit by Krasinski is very preliminary, and he's hopeful the production company chooses Western New York to make the sequel.

"He is such a nice guy, he is seemingly loving the character of this community," Clark said.

Krasinski is no stranger to Western New York. He filmed scenes for "The Office" in Niagara Falls in 2009, where his character gets married on the Maid of the Mist. 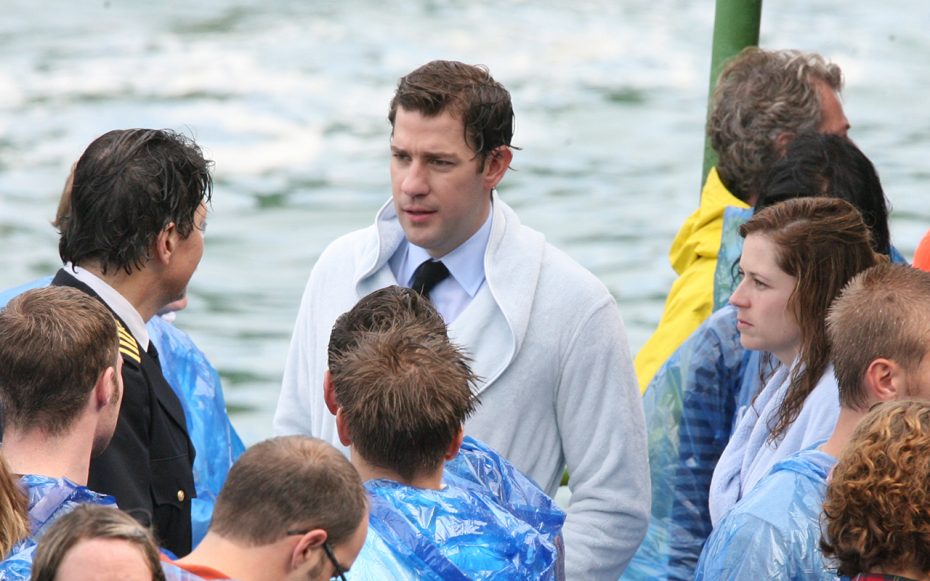 Actors Jenna Fischer and John Krasinski and production staff for "The Office" came to Niagara Falls to film part of an upcoming episode of the show. (James P. McCoy/News file photo)