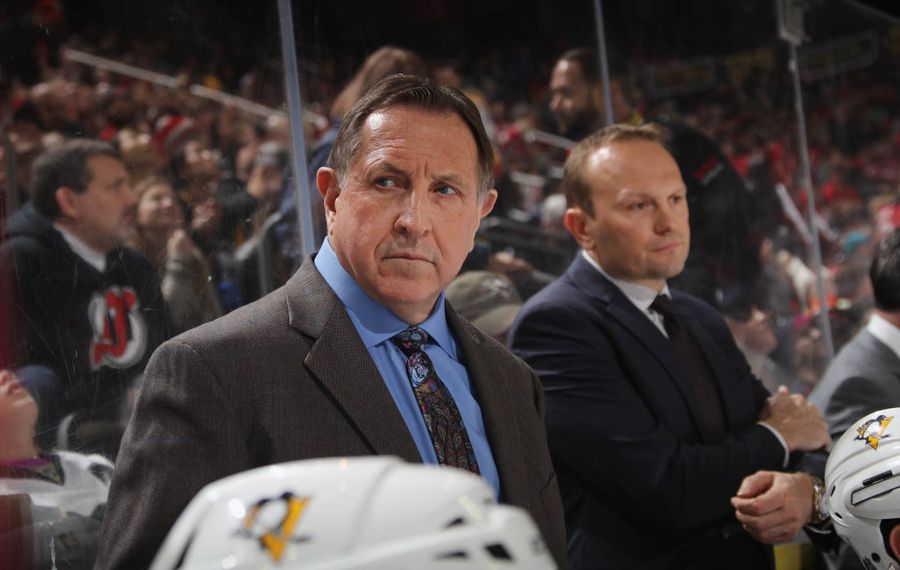 In the Sabres' ultra-quiet search for a replacement to Phil Housley comes a new nugget today from TSN's Darren Dreger: Current Pittsburgh Penguins assistant and longtime former NHL head coach Jacques Martin is a leading candidate to take over for the deposed Phil Housley.

Martin, 66, just completed his fourth season as an assistant in Pittsburgh and worked under Mike Sullivan on the Penguins' 2016 and 2017 Stanley Cup champions. Naturally, he has a relationship with Buffalo GM Jason Botterill, who was Jim Rutherford's assistant GM for those clubs. Martin also has plenty of experience working with Sabres assistant GM Randy Sexton in Ottawa, Florida and Pittsburgh. Sexton was the GM in both Ottawa and Florida and the director of amateur scouting in Pittsburgh while Martin was with those teams.

Dreger dropped Martin's candidacy during an appearance on MSG/WGR Radio's "The Instigators." Shortly after that show, Sportsnet's John Shannon reported the Sabres and Ottawa Senators have both asked the Penguins for permission to talk to Martin.

Martin has plenty of head coaching experience, spending parts of 15 seasons behind the bench with St. Louis, Ottawa, Florida and Montreal. His teams made the playoffs nine times and he advanced to the Eastern Conference final in 2003 with Ottawa (losing to New Jersey) and in 2010 with Montreal (losing to  Philadelphia).

Martin was the Jack Adams Award winner for Coach of the Year in 1999 after leading the Senators to a 103-point season and Northeast Division championship, but was swept by the Cup final-bound Sabres in the first round.

Martin coached three years in Florida and also served a stint as the Panthers GM before moving on to Montreal for three seasons. He was fired 32 games into the 2011-12 season.

An out-of-the-box choice the Sabres are likely pondering is Rikard Grönborg, head coach of the Swedish national team.