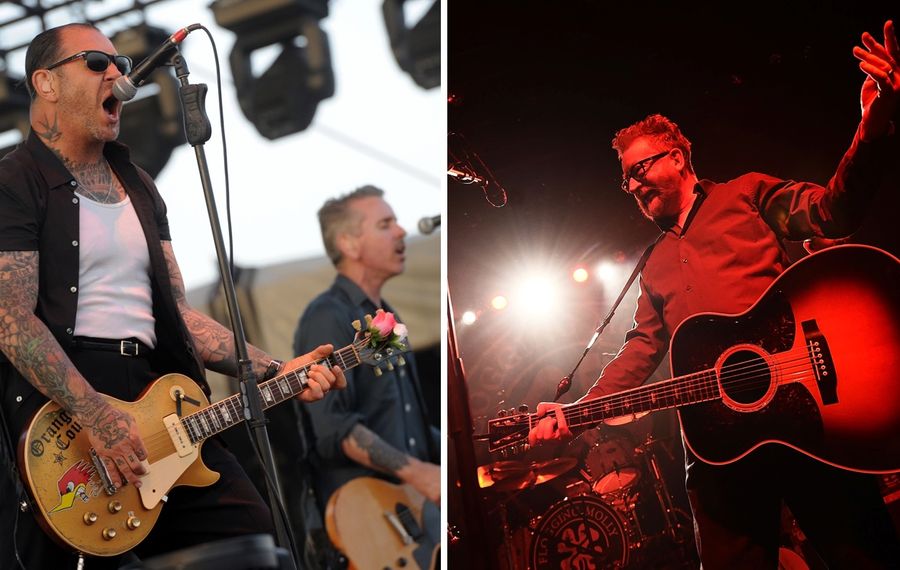 Rock fans will be riled up with excitement, as Social Distortion and Flogging Molly will both perform on Aug. 27 at Canalside (44 Prime St.).

VIP tickets, which run for $45, go on sale at 10 a.m. April 26 through Eventbrite.com and include access to the Honda VIP Pavilion, two complimentary drinks, private restrooms and front-of-stage access.

General admission tickets cost $15 and will also be available at 10 a.m. April 26 through Eventbrite.com. Tickets will also be available, May 1, in all Consumer’s Beverages locations and the Canalside Info Kiosk. Tickets purchased at Consumer’s Beverages and at the Canalside Info Kiosk prior to 2 p.m. on the day of the show will include a free drink coupon.

Formed in 1979, California punk rock band Social D has earned remarkable staying power despite releasing only seven full-length albums. Although it's been eight years since their last album, frontman Mike Ness is sharpening a bundle of new material with new label Epitaph Records, even though there's no set release date.

Rugged Celtic rockers Flogging Molly also hail from California, but broke out as a band two decades after Social D. Dave King fronts the group that most recently dropped album "Life Is Good," in 2017.

Look back at earlier Canalside announcements for this summer:
• Incubus
• Psychedelic Furs and james
• The Struts and Glorious Sons
• T.I.