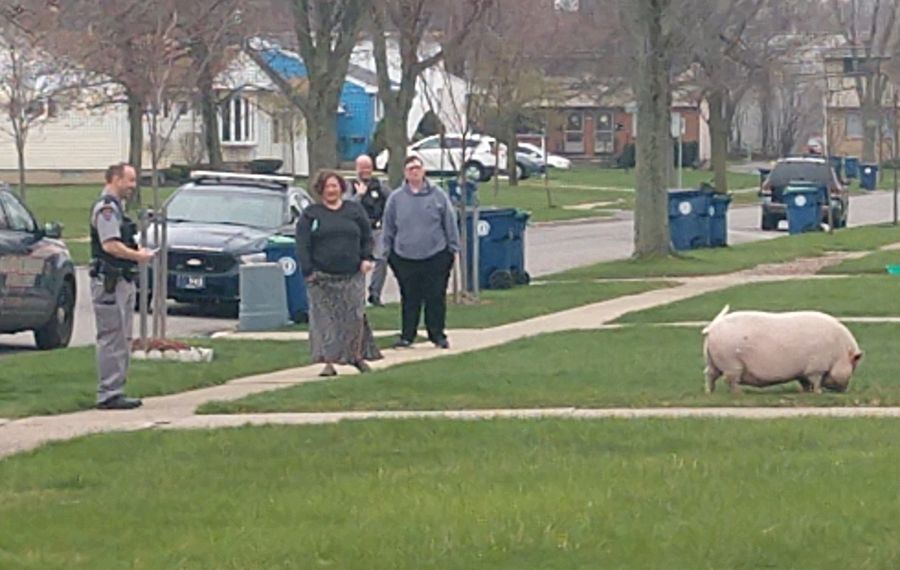 Amherst police responded after a pig weighing at least 200 pounds got loose Monday morning in an Eggertsville neighborhood.

Police, the town's animal control officer, the pig's owner and neighbors helped corral the pig after responding to the incident on Coronation Drive shortly after 9 a.m., according to police and witness accounts.

Estimates of the pig's size ranged from 200 to 300 pounds. Witnesses, including contractors working on homes along Coronation, said the pig first crossed the street from Castle Court and made its way to Coronation, where it wandered onto several front lawns.

No one, including the pig, was hurt. Police and bystanders took numerous photos during the encounter with the animal.

Amherst Police Capt. Christopher Meyer said town zoning officials will follow up to determine if the pig's owner violated town code by keeping the pig. He would not identify the owner.