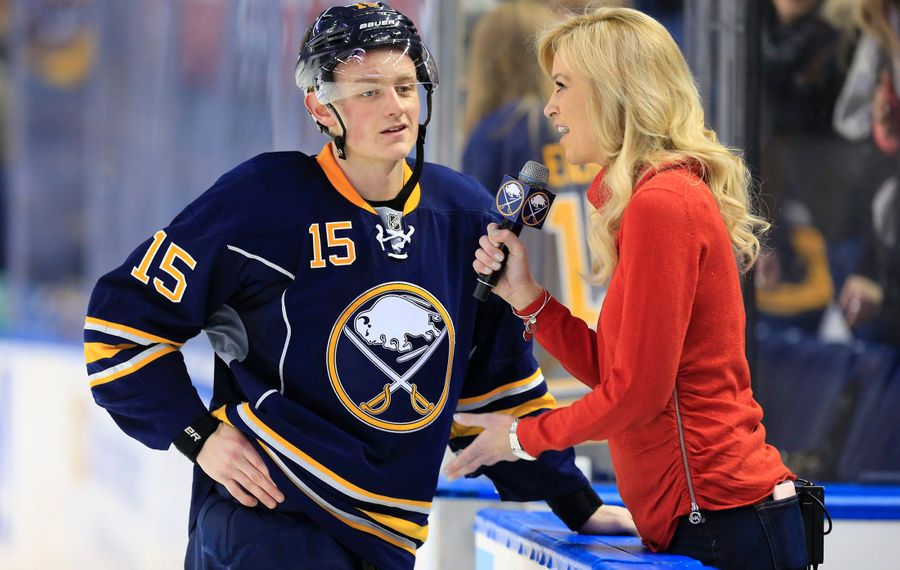 A familiar face in local television will be joining two newscasts on WGRZ-TV (Channel 2) this week.

Lauren Hall, a Western New York native who started her local TV career on WIVB-TV (Channel 4) before working at Pegula Sports and Entertainment (PSE), starts working at Channel 2 in mid-week.

She initially will be working on Channel 2’s morning program “Daybreak” and its new afternoon program “Most Buffalo.”

You could say that Hall fits into the category of “Most Buffalo.”

A graduate of Williamsville North High School and Syracuse University, Hall started at Channel 4 in 2010 as a behind-the-scenes producer. She became the producer and co-host of the lifestyle program “Winging It! Buffalo Style” carried on Channel 4's sister station WNLO-TV (Channel 23) for four years and then returned as a reporter on the news department’s morning show “Wake Up!” in 2015.

While at Channel 4, Hall was the in-arena game host for Buffalo Sabres games for several seasons.  She left Channel 4 to work for PSE in 2016. She was replaced as the in-game host last season but remained with PSE until recently working on its web and TV feature material.

She recently was nominated for a New York State Emmy as producer/director in the children/youth category as part of the PSE team that worked on the Jan. 22,2018, feature, “Beyond Blue and Gold: Game On.”

She received the Buffalo Broadcasters Association Rising Star Award in 2014.

“We are excited to have someone as multi-talented and established in WNY as Lauren join the team,” wrote Channel 2 General Manager Jim Toellner in a text confirming her hiring. “She does it all: produces, writes, edits and can host or anchor. And she does them all well! I have admired her work and energy for several years. She will be a great addition for our content and our viewers.”