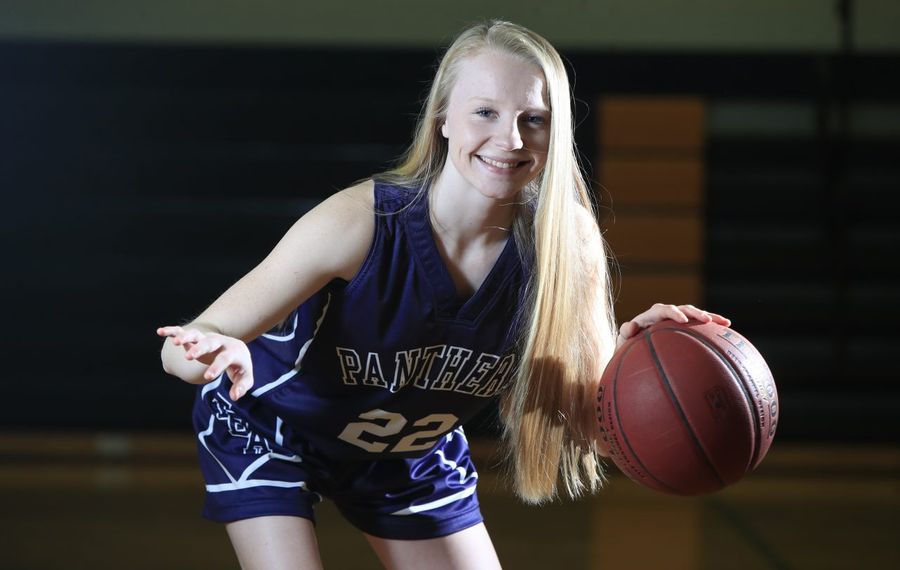 Danielle Haskell might very well have settled the argument as to who is the best girls basketball player to come out of Franklinville.

The best in her family? That could be a bit tougher call.

“To be able to make first team again is pretty cool,” Haskell said.

Haskell guided a young Franklinville team to its first New York State Public High Schools Athletic Association Class D championship. It happened a year after a more experienced edition of the Panthers suffered their only defeat of the season in the state final.

Haskell averaged more than 35 points per game during the NYSPHSAA tournament, netting 40 points in the title game against Edwards-Knox.

Haskell’s selection is somewhat historic. In the years The News has chosen a girls player of the year, this is the first time an athlete from one of the smallest schools has captured the distinction.

The 5-foot-7-inch Haskell most definitely earned the honor.

She is one of the most prolific scorers in area history with 2,570 points during her five seasons as a starter. It's no secret who was going to score the basketball on most possessions for Franklinville. Haskell is a threat to shoot the three as soon as she crosses half-court. 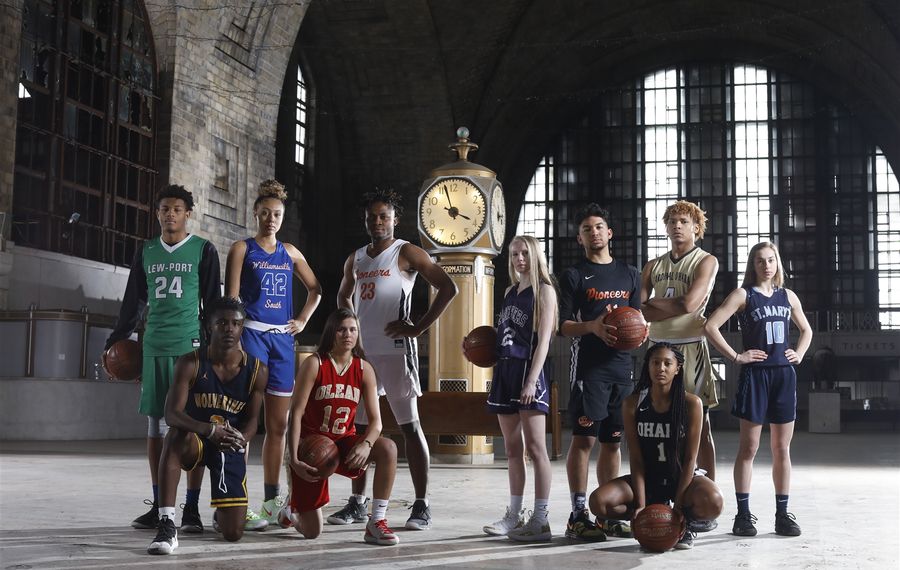 Yet try as they might, most teams failed slow down the Canisius College commit who is one more productive season away from passing current St. Bonaventure senior and Randolph graduate McKenna Maycock for No. 1 on the area’s all-time scoring list (2,947). Haskell is currently second.

Haskell scored 94 more points than last season, and she finished with 721 points, one of two area players to eclipse 700 along with Olean’s Pfeiffer (779). Haskell’s season per-game averages: 28 points, 6.0 rebounds, 5.0 assists and 4.0 steals. Her points-per-game average rose by nearly two per game.

Though Haskell has a solid No. 2 to pass to classmate and potent outside shooter Abby McCoy, odds are Franklinville does not hoist the state championship trophy without Haskell.

“She was successful for a lot of reasons, but first and foremost because she worked so hard to become a talented offensive player. Her ability to handle the ball so well, to change speed and direction on a dime and to get to the basket is a credit to how hard she’s worked to improve her skills offensively.

"Again, part of the reason she’s able to do that and attack the defenses that were so well prepared was because she had a great teammate in Abby McCoy who drew a lot of attention and a lot great teammates who were selfless (setting screens, etc.).”

Haskell scored at least 30 points in a game 10 times and went for 40 or more twice for the 20-6 Panthers. She scored a season-high 41 points in a win against eventual Section VI Class B-2 champion Southwestern.

She was money during the playoffs.

She scored 28 points and made a steal in the closing seconds to secure a 54-53 win against Panama in the sectional final. She followed that with a 33-point performance in a Far West Regionals win against Section V champion Elba. She poured in 33 more points during a state semifinal win against Bishop Gibbons. Then the 40-point finale.

Now, regarding the answer to the best in family ...

Cousin Joelle Connelly, a two-time player of the year, graduated from Pioneer in 2008 with 2,300 points, which ranks sixth all-time. Another cousin, 2009 graduate Samantha Kopp of Franklinville, stands fourth with 2,420. Aunt Laura Hughes is 10th at 2,196.