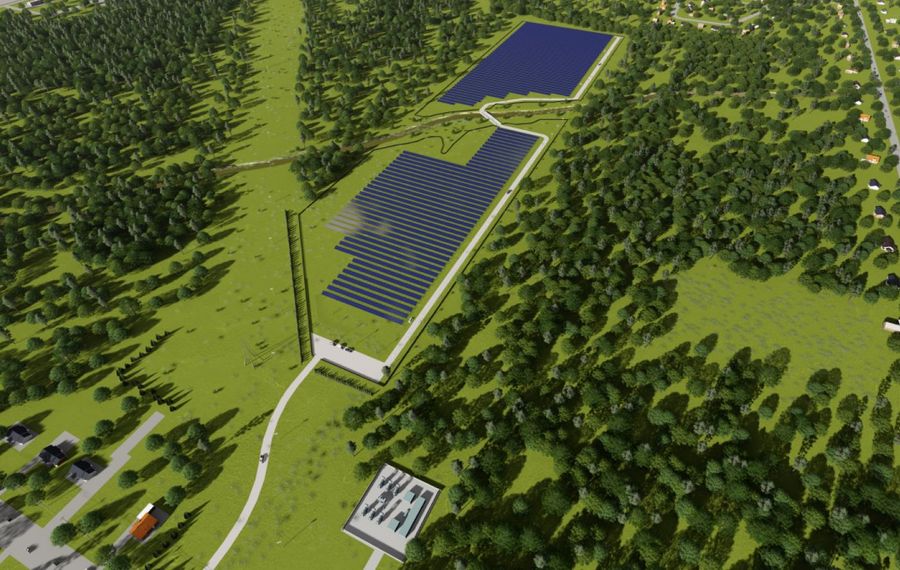 The Greatest Generation, which came through the Great Depression to help the United States win World War II, championed the ideal of shared sacrifice.

Surviving members of that group have lived long enough to see the rise of the “sharing economy,” where sharing happens only if someone gets paid.

The tension between sacrificing for the public good and looking out for No. 1 comes into play when economic or environmental realities force a community to grapple with change. The latest example is on Grand Island, where neighbors are upset about the construction of an array of solar panels on a 42-acre site.

Grand Island officials are making a concerted push to promote solar power. The Town Board passed a law two years ago promoting the use of undeveloped land for hosting solar farms.

There is no denying the fact that, as our planet’s warming is accelerated by carbon dioxide and other greenhouse gases, the United States must transition away from fossil fuels. Solar is one form of renewable energy that we need to develop. The issue on Grand Island is a classic example of NIMBY syndrome — “Not in my backyard.”

A similar fight is happening in Niagara County, where fierce public opposition has stalled Apex Clean Energy’s planned wind power project in Somerset and Yates. The company said last week it would not submit a formal application for state approval this year.

There are NIMBY echoes, too, in the clash in Cambria between farmers turning their land into wineries open to the public and their neighbors who complain about added traffic and noise.

The world needs solar farms and wind turbines. You can add to that list: Landfills, halfway houses and methadone clinics, crematoriums, junkyards and — at least for now — nuclear power plants. The problem is that most people don’t want to live near any of them.

No homeowner or tenant wants his or her rights trampled. And change is uncomfortable, while inertia is easy. But as the saying goes, change is the only constant in life.

One resident of Whitehaven Road told The News he objected to a solar array going into his residential neighborhood. He said he was concerned about glare from the panels and didn’t want to see them from his property.

The developer, Montante Solar, agreed to put up flowering bushes and shrubs along a fence and between the rows of solar panels. The neighbor, John R. Tripi Jr., said he would still likely sell his house after the solar array was installed.

The News’ article also said Tripi had filed a petition seeking to overturn the Town Board’s decision to grant a special-use permit to the project at 1611 Whitehaven Road, called SolarPark 2. He and the board were trying to work out an accommodation.

A willingness to communicate and compromise is what it takes to make needed public projects like solar farms gain public acceptance.

Grand Island should make very clear who will benefit from the production of solar power, and how. People are less resistant to something new in their backyard if the cost of electricity for their house goes down.

In some cases, individuals are compensated for hosting solar panels on their private property. That can cause hard feelings among neighbors who are not getting paid.

Money is also a sticking point when it comes to wind farms. Property owners as well as municipalities want to be compensated for the inconvenience or disruption of having wind turbines placed in their neighborhoods.

There are also suspicions on both sides that Big Wind opponents as well as defenders are being secretly funded by vested interests. Those conjectures can’t be proved unless someone brings receipts.

A report published in late 2017 by the International Renewable Energy Agency predicted the cost of renewable energy will see a significant drop by 2020, making it competitive with fossil fuels. In a few years, these “alternative” sources will provide the majority of our power, and create green-economy jobs. Our region — and the rest of the world — need to embrace this necessary future, not hide from it.