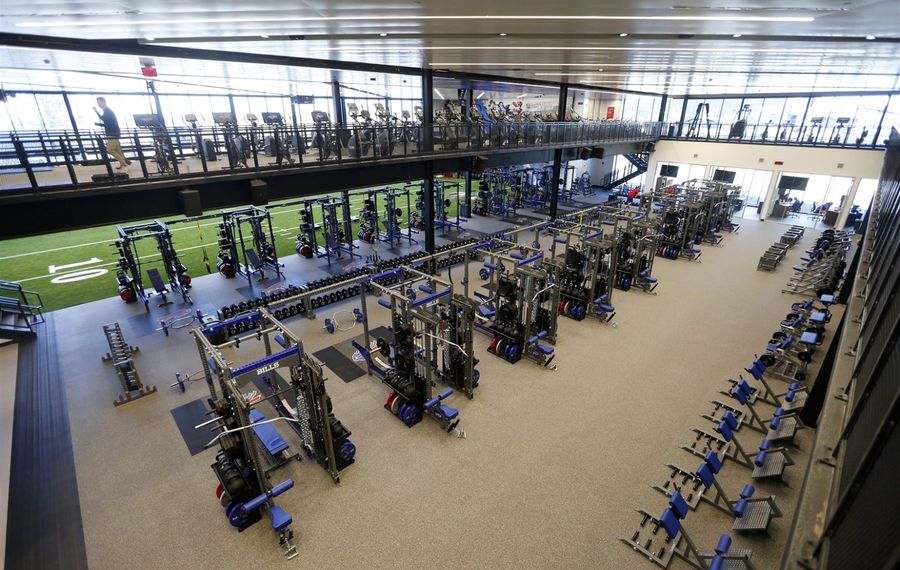 The Bills' new training facility has been getting rave reviews. News staff photographer Mark Mulville takes you inside in this photo gallery.

"Buffalo Bills players can use sleep pods, float tanks, a hot yoga studio, cryotherapy, even a turf training area along with the weights in the estimated $18 million, state-of-the-art expansion of the ADPRO Training Center adjacent to New Era Field at One Bills Drive," the caption reads.

New receiver Cole Beasley tweeted earlier this month that the Bills' facilities are better than the Cowboys' (though he seems to have since deleted his account). Josh Allen and Lorenzo Alexander have also expressed their approval.

The facility looks incredible, and flipping through the photos, what's most striking is that a vast amount of thought, effort, planning and money that must've went into this project. Why would the Bills go through all of that if they were about to leave this stadium?

Could Montez Sweat fall to Bills at No. 9? Sweat could become an elite edge rusher, but a health issue has caused some speculation that teams could move him down their draft boards or take him off completely. If he falls to ninth overall, should the Bills pull the trigger? He'd be a steal as long as the Bills' medical team signs off on the move. But don't get your hopes up – it seems like a long shot that he'd be available.

Why Bills could achieve Brandon Beane's 'best player available' this year: The work the Bills did in free agency could allow them to truly target the best player on their board, regardless of position (other than quarterback, of course). "We still do have ‘needs,’ but we’re not going into the draft with a glaring hole," Beane said. "That was the focus and will be the focus area in free agency. At the minimum, we’ve at least accomplished that."

[BN] Blitz newsletter: The Bills' draft prep can get heated. They like that.