African Americans in Erie County live an average of five fewer years than whites, and seven years below the state longevity rate.

They’re less likely to get mammograms and flu shots, and much more likely to land in the hospital for sicknesses that are preventable.

African-American children in the county are nearly five times as likely as white children to live in poverty. Almost half of them do.

A growing number of public health leaders see such statistics nationally — including the ones above from the University of Wisconsin Population Health Institute’s National County Health Rankings — and conclude that a ZIP code is often more important than a genetic code when it comes to well-being.

“The data is reaffirming of things we’ve known for years … so the question is what are we as a community doing about these things?” said George F. Nicholas, pastor of Lincoln Memorial United Methodist Church and convener of the Buffalo African American Health Disparities Task Force.

Nicholas looks to help others in the region better understand these concerns, and task force goals, when he gives the keynote address during the annual Central Library Active & Healthy Fair. The free, family-friendly event runs from 10 a.m. to 1 p.m. Wednesday on the fourth floor near the Collections Gallery of the library, 1 Lafayette Square. It will include a focus on minority health.

Representatives from more than 40 health and community organizations — including the Erie County Department of Health, the Erie County Medical Center Stroke Center and the American Diabetes Association — will provide information, demonstrations and health screenings. Children can enjoy games and crafts.

Nicholas will speak at 11 a.m. He will focus on what he and the task force see as the root causes of health disparities in the region: unequal access to education, economic opportunity and safe, affordable housing. He also will talk about the region creating what Martin Luther King Jr. called a “beloved community.” 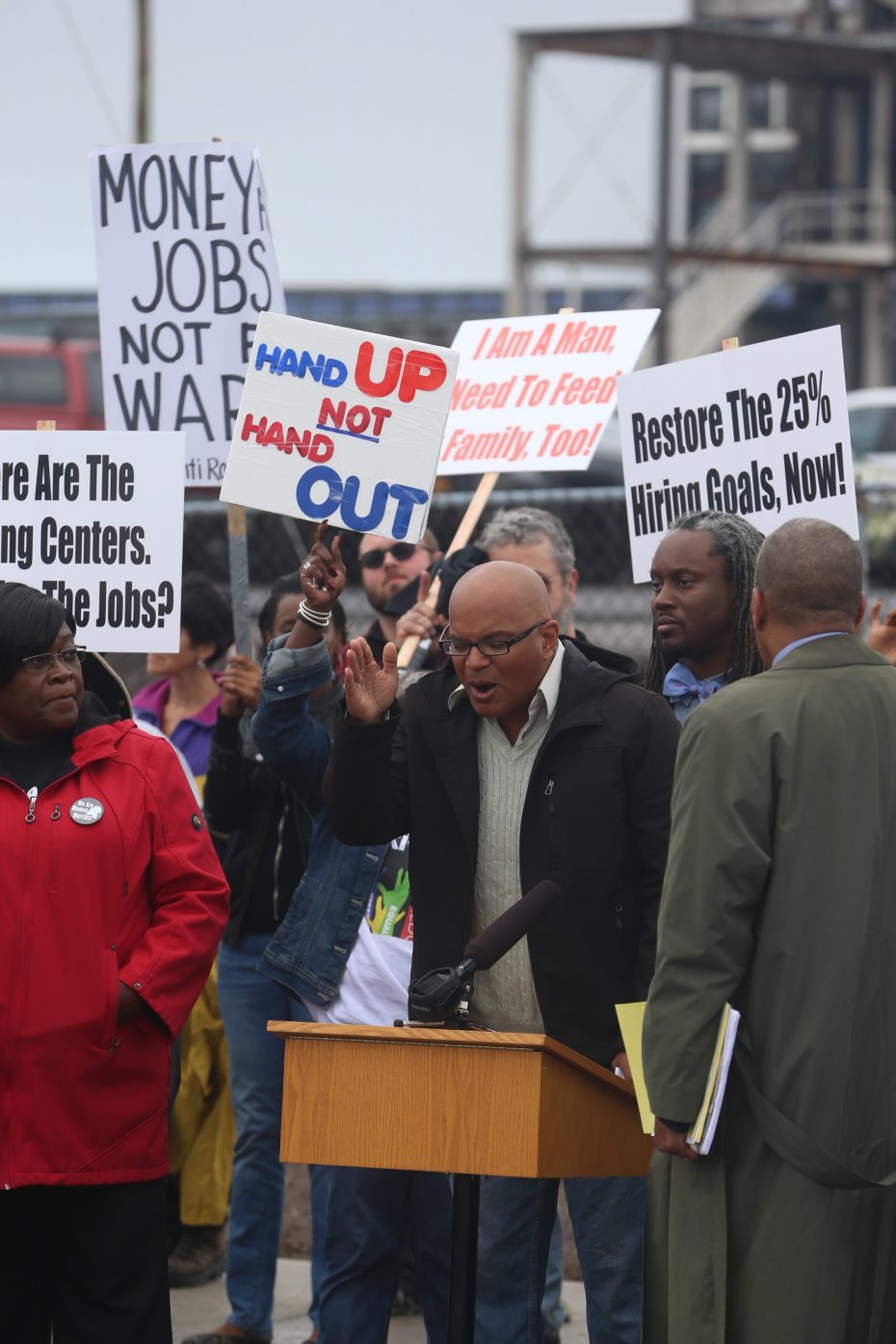 “When you put a child in an environment where he or she is living at substandard housing, that child will fail in school,” the pastor said. “When that child lives in a neighborhood where fresh fruits and vegetables are unavailable, family mealtimes consist of meals that are not healthy. Then you put them in an environment with the continued trauma of being surrounded by acts of violence. And then you wonder why that child doesn't score better on a state exam when you measure that child's academic progress versus another child who lives in Lancaster, Williamsville or Amherst.

"Life experiences are dramatically different. We have to change that scenario.”

Real change, Nicholas said, will come with a more realistic perspective, one that understands how decades of institutional racism and segregation have limited equal access to a healthy life. It also will come when “people with privilege, power and influence become more willing to sacrifice some of that in order to let their neighbors live better.”

“This notion that somehow by building more skyscrapers and training centers that people are going to somehow get better, that’s not going to happen,” he said. “There has to be intentional action taken to change the living conditions of African Americans in this region. That would include educational situations. It would include economic and employment opportunities. It would include the housing stock. It would include close interaction with the criminal justice system.

“The more work we do on justice, the less charity that will have to do.”

The task force — which includes leaders in the African-American, public health and University at Buffalo communities — seeks to eliminate race- and ethnicity-based health disparities by addressing the social determinants of health: the conditions where people live, learn, work and play. Its areas of focus include tobacco use, literacy, healthy eating, better health screening and more coordinated health care in poor neighborhoods.

“There has to be a broad-based coalition that includes the black church, but also includes the white business community, and government, and other entities like that to create the beloved community,” Nicholas said. “To say that somehow the black church can wipe away the impact of generations of structural institutional racism which are causing death rates and sickness rates, and leap to the outcomes, that’s unrealistic and it's unfair. It's changing the conditions. It’s more than picking up people, like the Good Samaritan did; it's to go down that road, that Jericho Road, and change the condition as to why that person was on the road in the first place. That's hard work — and that's the work we're called to do.”