Last weekend was a feeling-out period for Chandler Street, a burgeoning food-and-drink district thanks to the foresight and finances of developer Rocco Termini.

Curious about the openings of Tappo Pizza and the second location of Thin Man Brewery at 166 Chandler St., Buffalonians navigated the previously quiet industrial street that veers east from Military Road, finding parking and the setup of the new businesses.

The ordering process might be daunting at first, but it certainly is trendy. Set back toward the middle of the room (but still straight on from the main entrance) the cash register is next to a pillar with a chalkboard menu. Place your order and supply a cell phone number, and a text message will be sent when the food is ready. If the order is large, an employee will help carry the food to a table. 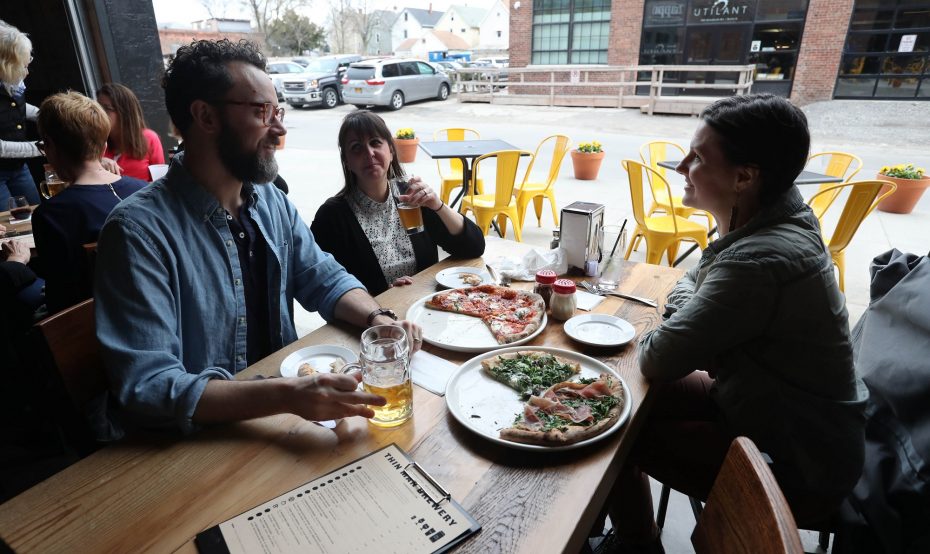 From left are Brendan Pratt of Kenmore, his wife Kristin and Sarah Newton of Buffalo. (Sharon Cantillon/Buffalo News)

Just behind the register is an open kitchen where Limina and his staff wield pizza peels inside a wood-fired oven, rotating pies frequently to ensure even cooking. 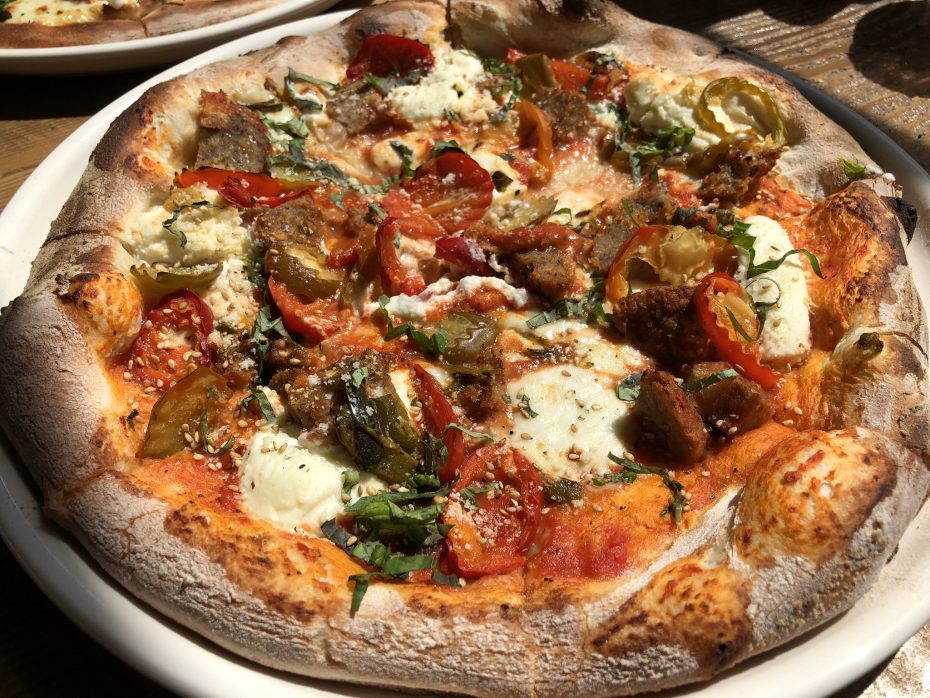 The El Padrino is arguably the most spicy of Tappo's debut options, with hot peppers overflowing on the pie. (Ben Tsujimoto/Buffalo News)

The El Padrino is bold, especially in the heat from the peppers, which dominate - pleasantly, if you love spicy food. The Alla Vodka was more subtle and savory, and more pleasing aesthetically. The Italian sausage - plentiful across the pie - was a standout.

The Little Anthony, one of three white pizzas on the menu, is topped with Asiago cream, chicken sausage, fried hot peppers, spinach, garlic and rosemary ($13). Unlike El Padrino, the hot peppers are disguised well in this pizza, with the emphasis instead on the cheese and the cream, as well as the garlic and spices. 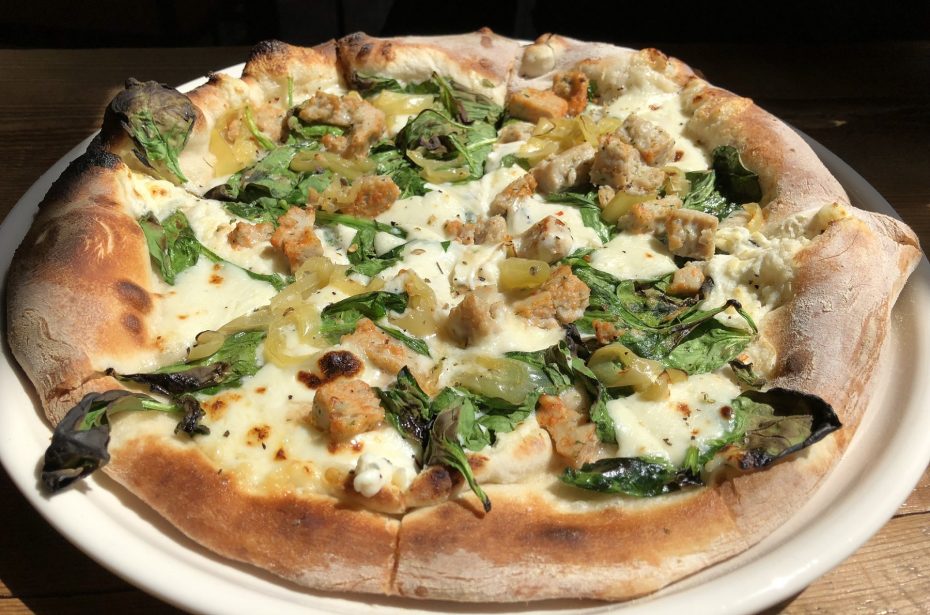 As Limina and his staff fine tune the art of wood-fired pizza cooking, expect growing pains; it's great that the pizzas are made by hand, but it leaves more room for error. For instance, the rims of the crust of the three pies we tried varied greatly in thickness (compare the Little Anthony photo, above, with the featured photo of Alla Vodka). If you prefer a thinner rim, it might not hurt to ask for that specifically.

Nineteen different add-ons, ranging from 50 cents to $2, can help customize any of the pies. Traditional margherita ($12.50) and the marinara ($11) are two options that make sense to build upon.

Bliss rings - fried crisps in batter made with Thin Man's Bliss IPA, $10 - were stacked high with two dipping sauces; scoop the Burning Money IPA cheese dip before it hardens, or just lean more toward the Buffalo Pils honey mustard. It goes without saying, but eat the onion rings as soon as they're brought to the table. 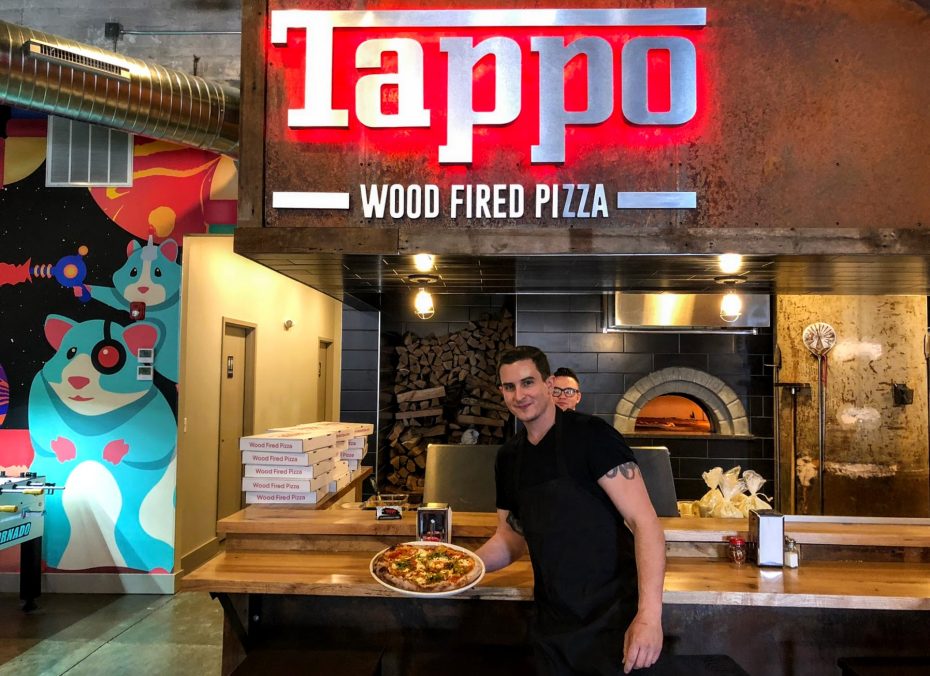 Tappo Pizza owner-operator Phil Limina presents an El Padrino, with a view of the wood-fired oven behind him. (Ben Tsujimoto/Buffalo News) 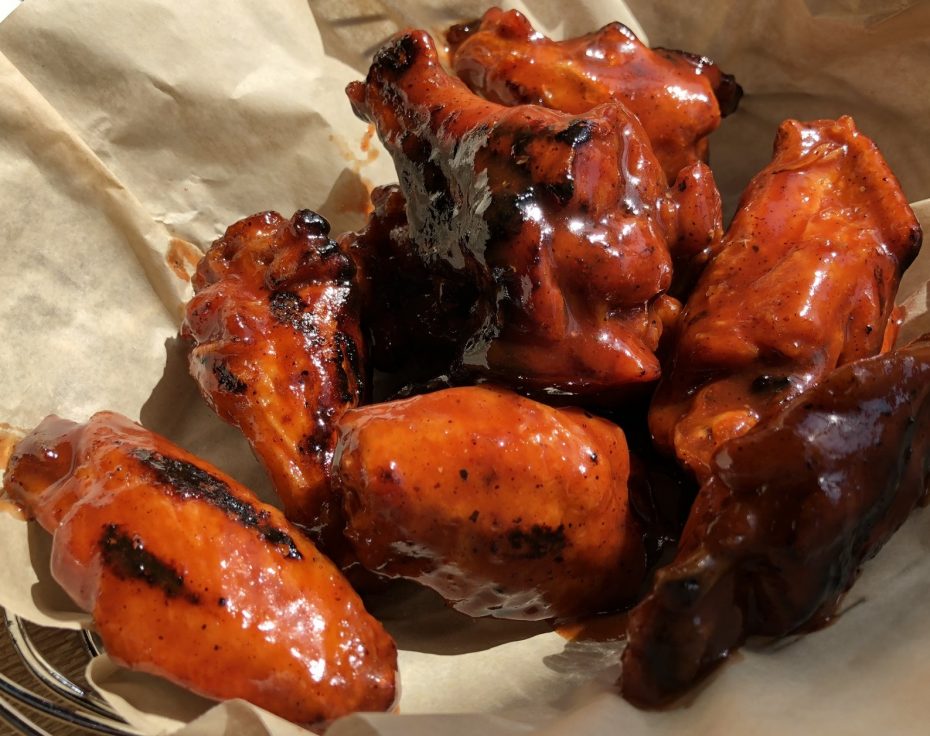 Thin Man beer inspirations also appear in the wing flavors, as the Black Francis barbecue wings - lathered with a sauce that includes the brewery's stout, then finished on the grill - piqued curiosity. The sauce was surprisingly tangy rather than deep and rich (like you might suspect from a stout's inclusion), but the char-becue was a nice touch.

A small list of entrees, including sausage, greens and beans ($9), wood-fired baked rigatoni Bolognese ($17) and hot pepper squid ($12), is offered as an alternative to the pizza and pub fare.

A large island bar and two TV screens listing the beers on tap grace the Thin Man Brewery setup, and here's the list of Rudy Watkins' brews available at Chandler Street. For now, the tap list is 12, with 10 house beers, but all 16 taps will be in use soon, said General Manager Josh Mullin. 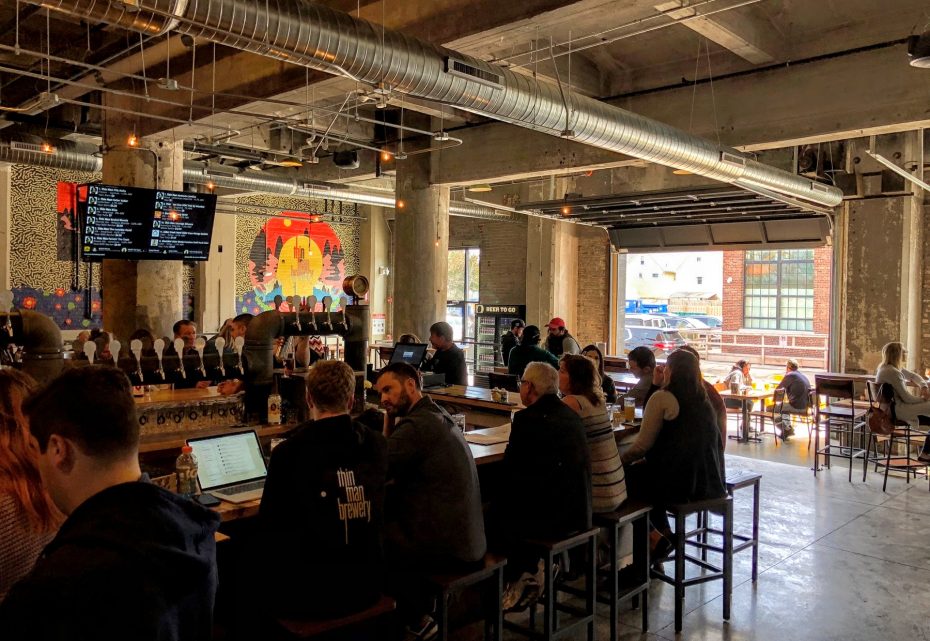 The Citra double dry-hopped Trial By Wombat New England IPA ($8) was one of the more buzzy beers on the initial menu. The Awesome Jenkins, a double imperial stout, boasts the highest alcohol by volume, at 11.7 percent. 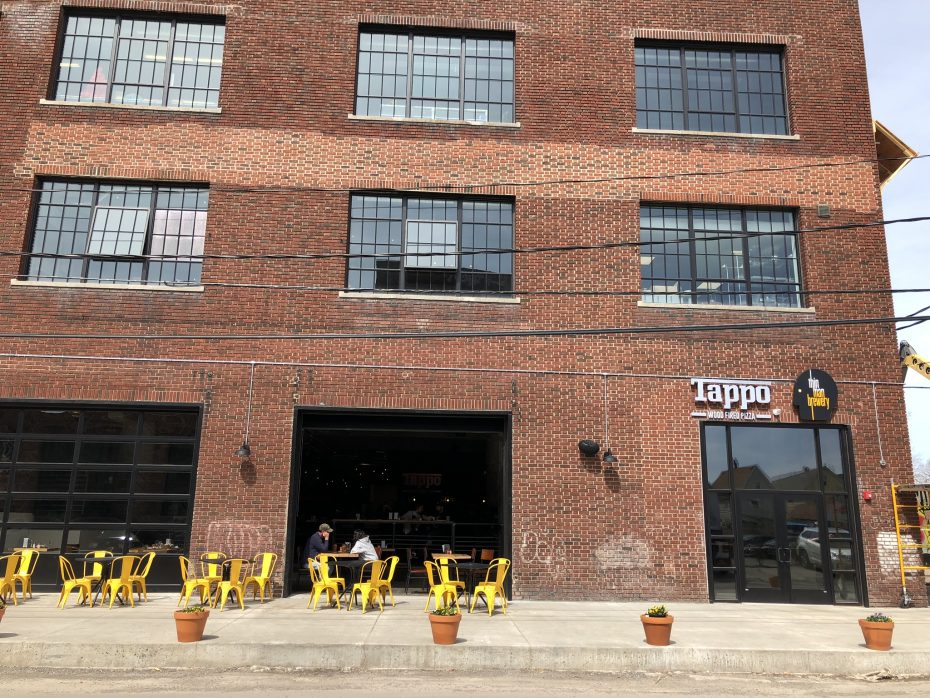