A familiar local name in the convenience store business will soon disappear. And not for the first time.

Noco Energy Corp. has agreed to sell 33 of its Noco Express convenience stores and gas stations to industry giant Marathon Petroleum. Once the deal is complete, the Noco stores will be rebranded as Speedway, one of the biggest chains of its kind in the nation.

The story has a familiar ring. Back in 2011, the Wilson Farms chain of 188 stores was sold to a different convenience store powerhouse, Texas-based 7-Eleven.

Other deals have recently changed the name of the stores where Buffalo-area customers can pull in to refuel, buy coffee and grab snacks.

Get used to this type of consolidation, if you haven't already.

"I'm not sure that the trend will subside any time soon, nationally or across the state, but the business climate and the marketplace are driving things in this direction," said James Calvin, executive director of the New York Association of Convenience Stores, an Albany-based trade group.

"It seems as if every day, there are new regulations and new cost mandates that convenience stores have had to adapt to," Calvin said. "And that has continued to drive things in the direction of having a model with greater economies of scale in order to remain profitable.

I worked at Noco Express for 6 years. Here's what you don't know.

James Newman, the president of Noco Energy, said he and his brother, Michael, decided the timing – and the price – was right to sell the Noco Express chain.

"The multiples that were being offered on the business itself were very attractive," he said. "As we looked forward, the competitive nature of the market made us believe that we might be better off moving our investments to more profitable business lines."

They also took into account rising labor costs, and operating margins getting squeezed by competitors such as drugstores and "dollar stores" selling products like beer and chips. And they wonder what the future holds for gasoline demand for vehicles, in the face of emission standards and the push to develop electric vehicles.

"You're facing large consolidators who have all kinds of scale, both in how they buy merchandise or gas, but also in terms of their operating costs," including information technology and maintenance infrastructure, he said.

"My view is that you're going to see most store operators be either single-site operators or over 100 stores," Newman said.

And while companies like Marathon are a driving force in convenience store consolidation, private equity has also poured into the industry over the past decade, driving more deals, he said.

Even as Speedway plans to come into the region in a bigger way, some other local brands are still competing in the industry. For example, Lockport-based Reid Petroleum operates the Crosby's chain, which has more than 80 locations. And Delta Sonic operates convenience stores in New York state, as well as Illinois. 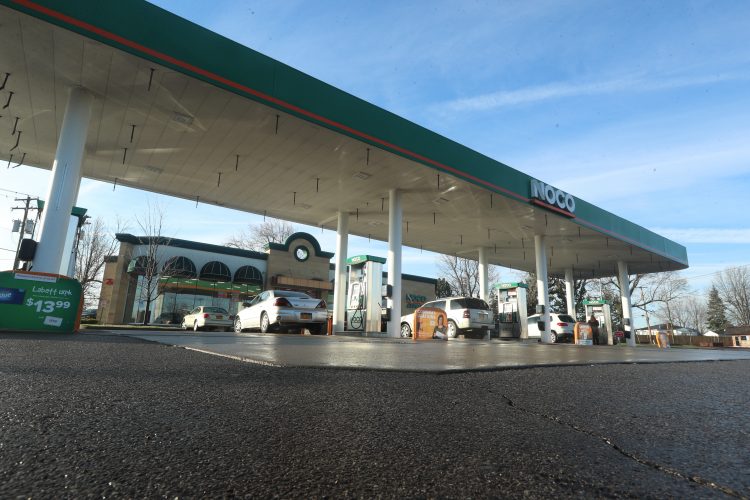 Noco is preparing to sell 33 of its Noco Express stores to Marathon Petroleum. (John Hickey/Buffalo News)

Nationally, convenience stores in 2018 reported their 16th straight year of record-high, in-store sales, a dollar figure that excludes gasoline sales, according to the National Association of Convenience Stores. But even as consolidation reshapes the industry, the number of convenience stores dipped only 1.1 percent in 2018, to about 153,000. And that was compared to a record-high store count in 2017.

Noco opened its first convenience store in 1984 and has built a chain of 39 locations. (The six stores not included in the Marathon deal will either be run by a third-party operator or sold.)

Noco and Marathon are vastly different types of companies operating in the convenience store industry.

Noco Energy was started by Reginald B. Newman in 1933. A third generation of the family now runs the business, which has diversified over the decades, into areas such as energy distribution, natural gas and electric power, renewable energies, and energy efficiency programs and services.

Marathon is a publicly traded company based in Ohio, with more than 4,000 Speedway stores in 21 states. Marathon is the nation's largest oil refiner, and recorded profits of $2.8 billion last year. In 2018, Marathon acquired Andeavor for $23.3 billion. Convenience Store News ranked Marathon No. 1 on its 2019 list of top growth chains. 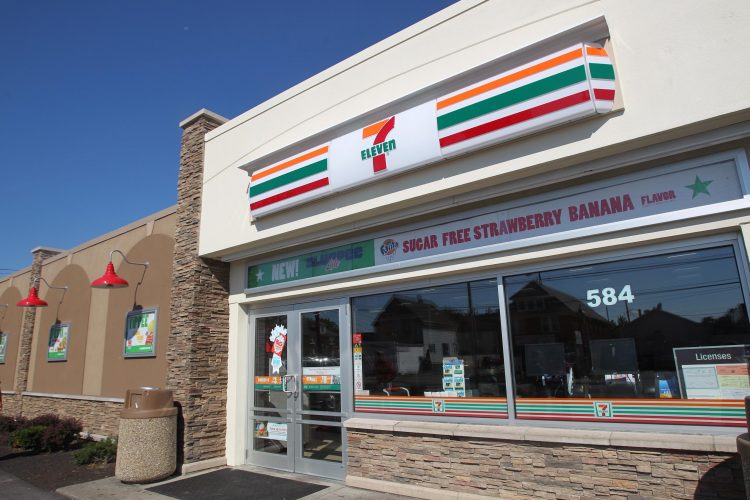 For Marathon, the push into Western New York is about more than just convenience stores, Newman said.

Marathon already has a presence in eastern New York and New Jersey, and recently expanded closer to Western New York with its Express Mart deal. Acquiring the Noco Express chain will round out the picture.

Marathon is a mid-continent oil refiner, and hopes to push its products eastward to compete with oil barrels coming from the East Coast, Newman asid.

"From a global strategy, there's a lot of compelling economics behind Marathon's move into upstate New York."

At the retail level, customers familiar with Noco stores will have to get adjusted to the Speedway brand.