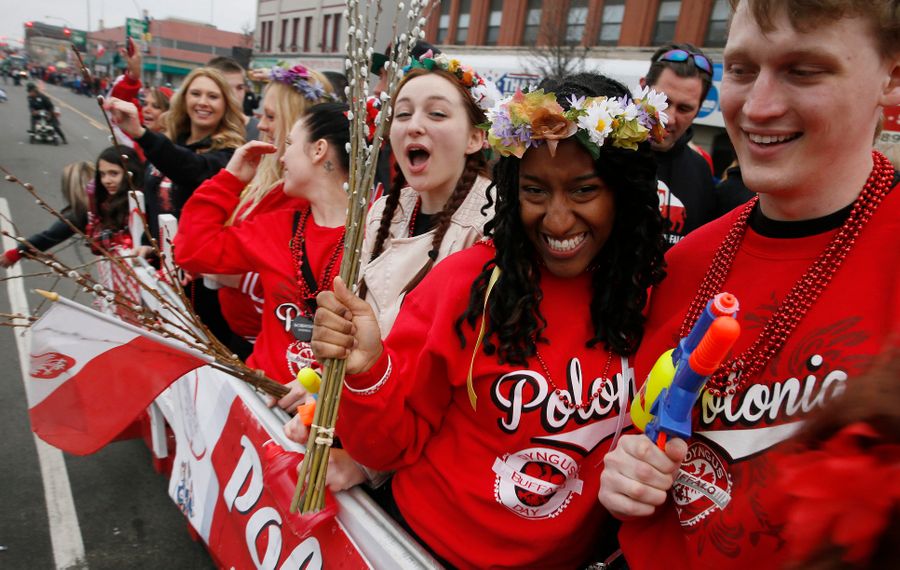 Buffalo has always been a city of strong ethnic identities, cherished by generations whose ancestors first arrived at this waterfront territory, settled and, ultimately, set us all up to be united as Americans.

We’re also all really good at celebrating where we come from – and initially, our ancestor-generated festivals were much more insular affairs. They were family and religious occasions, and a time to cherish the ethnic traditions brought into the American melting pot. Irish. German. Italian. It was for us, and by us – whoever our “us” was. After all, why would someone want to celebrate the intricate joys and history of a culture that wasn’t their own?

But this stance was always doomed to splinter under the weight of another Buffalo characteristic: This city loves a party, no matter the occasion or ethnicity it’s celebrating. Take Dyngus Day, the now incredibly popular Polish heritage party happening on April 22.

“It’s one of my favorite days of the year,” said proud Polish-American Michael Pietkiewicz, settled on a barstool inside the R&L Lounge. “Standing on Paderewski, looking down to St. Stan’s, seeing nothing but a sea of red and white – and people embracing it.”

The post-Easter cultural celebration was once an occasion that brought the likes of Pietkiewicz and his brethren to Polish clubs, church halls and corner taverns throughout Buffalo’s Polonia neighborhood on the East Side. It didn’t aspire to become April’s answer to St. Patrick’s Day until a mid-aughts revival and its inaugural parade in 2007. 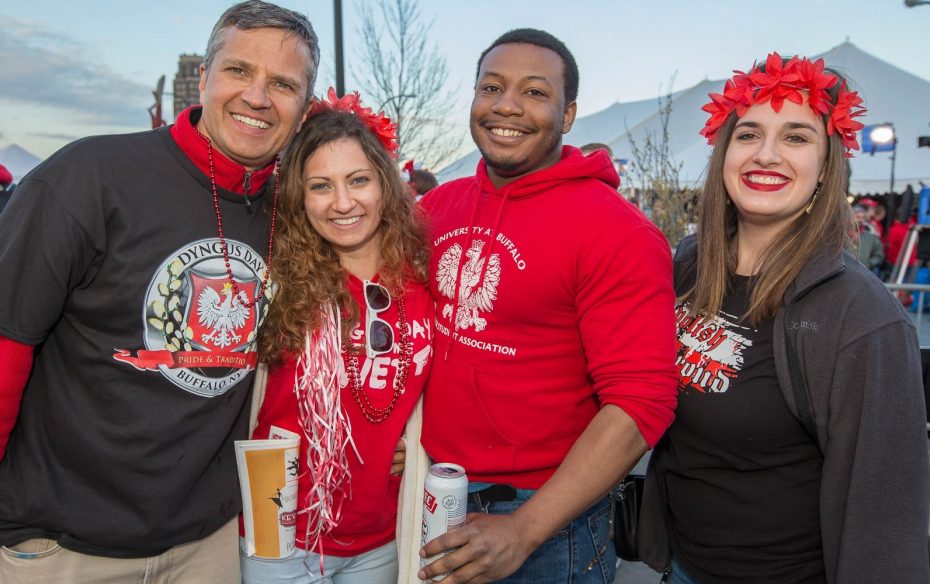 Smiling faces at Dyngus Day 2017. (Don Nieman/Special to The News)

Since then, it’s matured into the city’s pussy willow-waving spring awakening. With the help of some high-profile coverage and laughter (see: CNN's Anderson Cooper), it’s ballooned to a size that has its organizers touting Buffalo as the Dyngus Day capital of the world.

But for those who grew up and remain tied solely to the celebrations of their own ethnicity, the idea of intermingling amid the crimson-clad chaos of Dyngus Day may still seem odd. Understood – but maybe you just need some guidance to both enjoy some of the universally pleasing elements of Polish culture, as well as celebrate a day that’s become the most Buffalo of Buffalo fests.

For those interested, find yourself some red threads, then follow this bit of Dyngus Day direction. All events are happening on Dyngus Day, April 22.

Dyngus Directive No. 1: Start with some food

Before officially rolling up your sleeves to party like you’re Polish, get something to eat – which will likely lead you to the dumplinglike delights that are the potato or cheese-filled pierogi.

To find them, you can either stroll to various retailers inside the Broadway Market (999 Broadway), starting at 9 a.m. Take your own pierogi tour through the taverns, churches and food trucks selling the stuffed delicacy. Or you can find a spot inside the R&L Lounge (23 Mills St.), where owners Ron and Lottie Pikuzinski – 87 and 92 years old, respectively – will have hundreds of handmade servings set for the taking, starting at 9 a.m. Served in pairs and with a cabbage roll, it’s a nice way to start the day. (If you’re lucky, you may even get a little life advice from Lottie.)

[Read more: Learn more about the history behind R&L Lounge]

Once you’ve ingested your desired helping of pierogi (and maybe some kielbasa and crisp chrusciki), it’s time for liquid refreshments.

For starters, you can crack a few Polish beers, preferably European pale lagers like Zywiec and Tyskie that will be available inside every establishment associated with the celebration. But for those seeking the sweeter taste of Dyngus Day, look no further that the honey liqueur of krupnik. It’s a popular drink in Poland, and now thanks to Buffalo Distilling Co., it’s made locally year-round as One Foot Cock Krupnik and the limited-edition Barreled Krupnik, aged in American white-oak barrels.

For servings of the original, seek the Polish-American confines of the Adam Mickiewicz Library (612 Fillmore Ave.), which will have One Foot and other varieties of krupnik on its speed rack.

Also: Arty’s Grill (508 Peckham St.), open at noon, and ready to serve all varieties of Polish suds and krupnik off the most animated stretch of the parade.

Before the parade kicks off at 5 p.m. at Corpus Christi Church (199 Clark St.), you’ll want to find a spot to watch what’s become an impressive array of traditional dancers, creative floats and replications of the lauded Polish falcon. But regular attendee Pietkiewicz – a father of two whose family owned former Walden Avenue tavern, Howie's Grill – said that where you should watch depends on your desired experience.

“You can bring a family and stroller to Broadway,” he said. “But once you get back (near the Central Terminal), it’s a different party.”

Also: Fillmore Avenue (between Broadway and Peckham) provides a middle ground between the family fun of Broadway and party down Peckham.

Dyngus Directive No. 4: Dance to the music

Yes, there are the horns and accordions of polka. And yes, the city’s Dyngus Day festivities celebrate this, with this genre of music set to echo throughout the cavernous Central Terminal (495 Paderewski Drive) from 3 to 11 p.m., and Polka King Jimmy Sturr, scheduled for the Pussy Willow Park Party Tent at 8 p.m.

But according to Poznan, Poland native Grzegorz Nowacki – now a Buffalo resident, and known to most by his professional name, DJ Red – authentic Polish music is much more diverse than Polish-American-prepped polka.

“You might not know the language, but you’ll probably like the rhythm,” he said of the music.

Whether folk-based, Disco Polo (Polish dance music) or gypsy (popular for Polish weddings), DJ Red will spin it all as part of the Corpus Christi Athletic Club (165 Sears St.) free pre-parade party from 1 to 5 p.m.

Dyngus Directive No. 5: Be yourself (or in Polish, bądź sobą)

Finally, for those still reticent about entering an ethnic domain in which they’re not familiar, lean on some sage holiday advice and wisdom from R&L’s Lottie Pikuzinski.

“Be yourself,” she said. “Every culture is the same. We all do the same things, and we party the same way. You don’t have to learn anything. It’s just about getting together, and being yourself.”

Sounds simple enough, as well as reason to raise a traditional toast. To another Dyngus Day,  Na Zdrowie (pronounced "naz-dro-vyeh"), which is Polish for cheers.

Feel free to use that on the streets of Historic Polonia. You’ll fit right in.