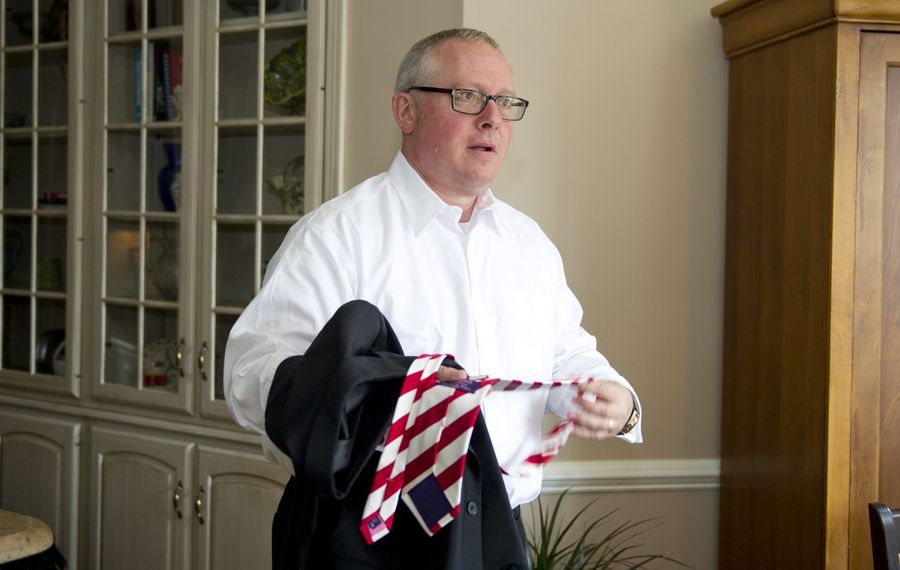 WASHINGTON — East Aurora's Michael R. Caputo emerges as a bit player in special counsel Robert Mueller's sprawling report on Russian meddling in the 2016 election, which retells a previously reported story about the local Republican consultant's encounter with a Russian who claimed to have dirt on the Democratic presidential nominee, Hillary Clinton.

The report devotes 372 of its 200,156 words to a May 2016 incident in involving Caputo, longtime GOP consultant Roger Stone and a Florida-based Russian named Henry Oknyansky. The Washington Post first reported that incident last June, and Caputo — who said it was so insignificant that he forgot about it when testifying before the House Intelligence Committee a year earlier — later amended his testimony to mention the incident.

Oknyansky wasn't part of any Russian government efforts to influence the election, Mueller concluded in his report, which was released Thursday.

According to the report, a Russian business partner of Caputo's told him that Oknyansky — also known as Henry Greenberg — "claimed to have information pertaining to Hillary Clinton."

Caputo notified Stone and put the two men in touch. Oknyansky and Stone then met, and Alexei Rasin, a Ukrainian working in real estate in Florida, joined them.

"Rasin offered to sell Stone derogatory information on Clinton that Rasin claimed to have obtained while working for Clinton," the report said.

"Oknyansky and Caputo had contradictory recollections about the meeting," the report said. "Oknyansky claimed that Caputo accompanied Stone to the meeting and provided an introduction, whereas Caputo did not tell us that he had attended and claimed that he was never told what information Oknyansky offered. Caputo also stated that he was unaware Oknyansky sought to be paid for the information until Stone informed him after the fact."

All of that pales, of course, next to many of the revelations in the report, which leaves open the question of whether President Trump tried to obstruct the Mueller probe while offering several examples of instances where he might have done so.

Still, Caputo was by no means happy with his brief mention in the Mueller report. He said Mueller's investigators had emails that proved that he was not at the meeting with Oknyanksy but chose not to include them. Caputo also maintains that Oknyansky was an FBI informant and that the incident was a "sting" aimed at snaring him and Stone, who is now under indictment in a separate matter stemming from the Russia probe.

Mueller's investigators were trying to be "mischievous" instead of including information that would clarify his role in the incident, Caputo said.

Caputo has long said the report would find no collusion between the Russians and the Trump campaign — and Mueller didn't find any. But Caputo said Democrats will still try to make the most out of the report.

"The Democrats will no longer be singing the collusion song," he said. "They're gonna flip completely over to an obstruction strategy. And they will work this toward impeachment of the president of the United States."

And ironically, Caputo himself warned of such election interference in a July 25, 2016, tweet.

"Sure, we're having fun with the @wikileaks #DNCleak but this is a provocation by @KremlinRussia_E and must be dealt with," he wrote at the time.