Every Easter Week, the Broadway Market is the destination thanks to its lengthy list of vendors, array of foods for purchase and sense of history. To accommodate the rush of patrons, the market's hours expand considerably through Saturday, and even then the shopping haven's 90,000 square-feet will be a tad congested.

The buzz of activity and holiday joy can be felt on Broadway every Easter, but there's now a greater sense of hope for the market to become a factor year-round. Keep your eyes peeled for the aesthetic improvements and new businesses operating inside the Broadway Market during your Easter visit.

Prepare for a frenzy of butter lambs, housemade baked goods and heaps of ham: it's Easter Week in the Broadway Market. As the introduction mentioned, times are exciting for the Polonia staple, but financial wisdom and shrewd business sense will be vital for the market to reach its goal, which has been largely unsuccessful over the last decade.

Pay attention to the Broadway Market's special Easter hours, then peep the extensive vendor list. Two galleries - a Closer Look at the Broadway Market at Easter, plus pics of the market through the years - are worth checking out.

There might not be a comfortable way to write about tampons, but the whole point of this event is to stiff-arm the stigma and satisfy an often overlooked need.

Volunteer-focused B Team Buffalo leads this admirable effort to collect pads and tampons for women in need across Buffalo by hosting a happy hour in Mr. Goodbar, the popular watering hole on Elmwood Avenue. Admission includes bar snacks and a drink ticket.

Buffalo City Mission's Cornerstone Manor for women and children, as well as schools in the Buffalo Promise Neighborhood, will also benefit from the event.

A food-based event relishing the cuisine and traditions of Ghana, held in a progressive Jewish synagogue? This is pretty cool. Hope for Sisi's Kids (abbreviated as Hosikids) is the presenting organization, which raises money to support a rural school in the Greater Accra region of Ghana, West Africa. Hosikids stems from the life and work of Ghanaian educator Gladys Komle Tawiah, who died in 2010 from a rare uterine cancer, in East Amherst.

A fashion show, drumming and dancing, cash bar, silent auction and raffles are perks of the event. 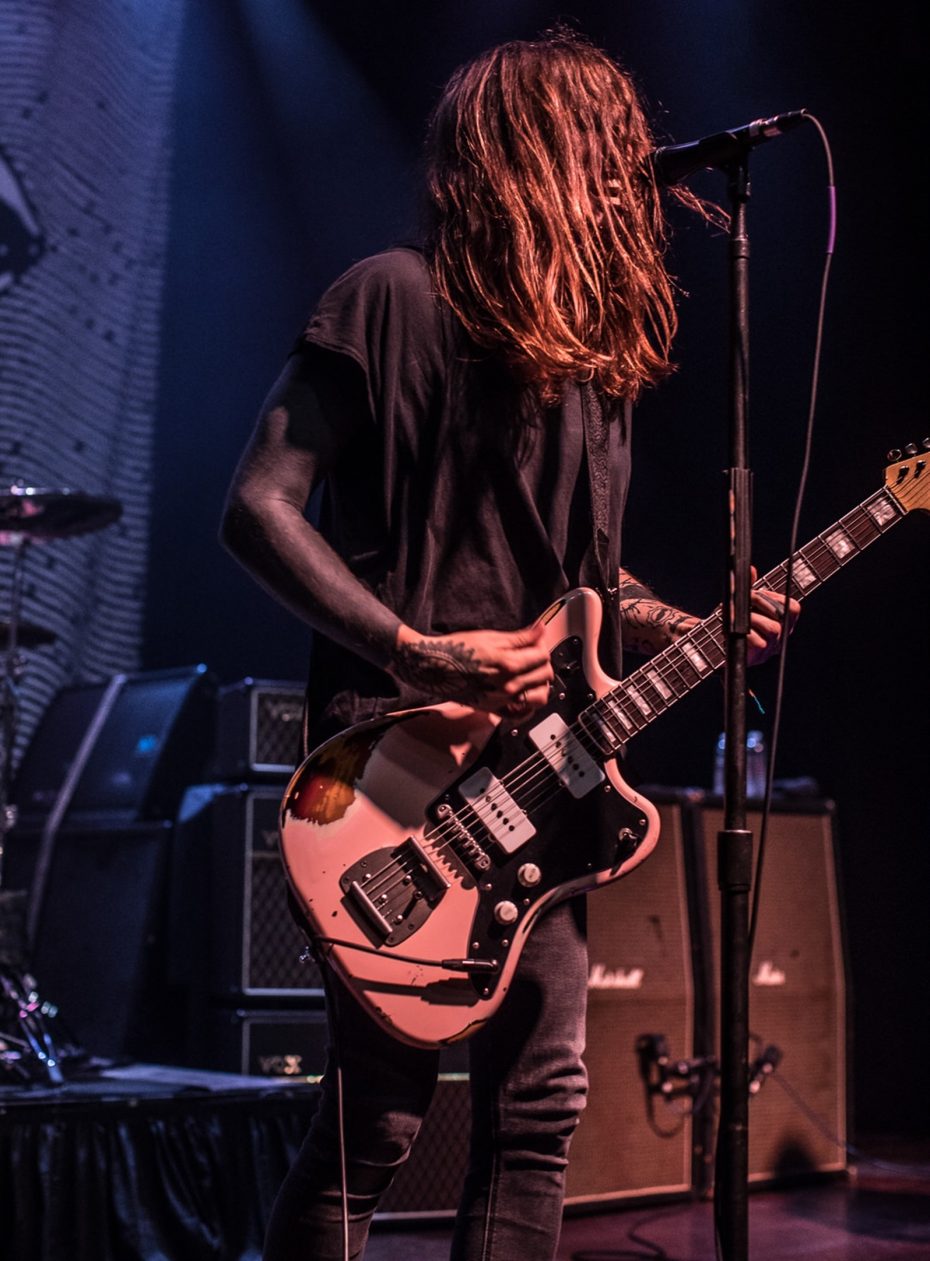 Laura Jane Grace focuses her efforts on dual projects: punk band Against Me! is perhaps the best known, while Laura Jane Grace and the Devouring Mothers is a worthy side project which puts the spotlight more on the transgender performer.

Grace, whose stirring friendship with Denver punk fan Brittany Strummer, who died unexpectedly over a week ago, is detailed by Westword.

Grace performed a rousing Town Ballroom show in 2017 - see Smiling fans and band shots - referring to herself as a "hair monster" on Twitter. You can see why from the gallery.

Previously known for fronting Sunny Day Real Estate, Jeremy Enigk moved to the country for 10 years for reflection purposes, but now the singer-songwriter is back on tour on "Ghosts," a crowd-funded album released in 2017.

He'll be joined by guitarist Tomo Nakayama, a drummer and a bassist/keyboard player for his Mohawk Place show.

Columbus Alive interviewed Enigk last week about the challenges and personal growth that stem from crowd-funding an entire album, while News contributor Mac McGuire included the gig in his weekly "Can't-Miss Shows" post.

This is an elite teaser for a film: "Based on the Hemingway novel 'To Have and Have Not.' A fisherman with money problems hires out his boat to transport criminals." That's the general story line for the 1950 film, which boasts the same director as "Casablanca" (Michael Curtiz), featured this week by Noir Essentials, a local organization that gives color to classic noir films.

A documentary based on Beyonce's 2018 Coachella Music Festival, "Homecoming" will hit Netflix that night, and Joy's watch party will be held at the new Rose Bar & Grill in the Fairmont Creamery downtown.

[Related: Learn more about The Rose, which opened in February]

According to the Springville Times, Lawrence Tavern boasts the oldest liquor license in all of Erie County, dating back to 1939. One of the Lawrence Tavern's most quirky traits is a sign that reads "No Crybabies Allowed." If bar history and milestones make you excited, then mosey to Springville to appreciate a humble icon.

Canceled: No Excuses Love Tour with Joe and Melanie Fiona, for the second time.