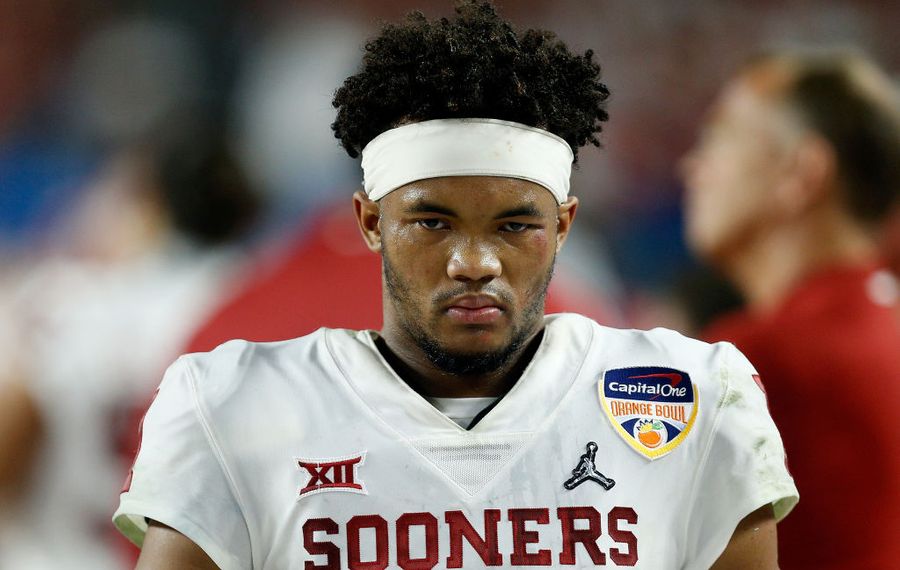 There will be quarterback drama for the Buffalo Bills in the first round of the NFL draft.

The questions that impact the Bills are:

How many quarterbacks are taken ahead of them in the top eight picks?

Will a team try to trade up to the Bills’ No. 9 spot to get a quarterback?

The two teams above the Bills most likely to take a QB are Arizona at No. 1 and the New York Giants at No. 6. Some speculate that Oakland could throw a curveball and draft a QB at No. 4.

The teams behind the Bills that might want a QB are: No. 10 Denver, No. 11 Cincinnati, No. 13 Miami and No. 15 Washington. The latter two, the Dolphins and Redskins, have a more dire need than the Broncos and Bengals. The Giants have the 17th pick and could wait until then to find a successor to Eli Manning.

“The quarterback situation is fascinating to me,” said ESPN draft analyst Todd McShay. “Arizona, sitting at one, moved up to get a quarterback last year in Josh Rosen. Now it sounds like they’re going to try to unload Josh Rosen and take another quarterback. ... There’s just so much going on with the quarterbacks.”

The best: Kyler Murray, Oklahoma. The Heisman Trophy winner isn’t everyone’s definition of the ideal quarterback, given his 5-foot-10-inch stature. But the rookie success last season of Cleveland’s Baker Mayfield, who stands 6 feet and 5/8 inches, further proved that shorter QBs with elite skills can win. Murray has an NFL arm and elite athleticism. Just ask baseball’s Oakland A’s, who made him a No. 1 pick in 2018.

The belief that Arizona will take Murray No. 1 stems from the October comments of new coach Kliff Kingsbury, when as Texas Tech coach he said, “I’d take him with the first pick of the draft if I could.”

Bills view: The Bills are out of the QB market. They locked up both Matt Barkley and Derek Anderson by the end of last season to serve as veteran backups to Josh Allen. The Bills love their QB room the way it is.

The No. 2 QB? It would make sense for the Giants to take Ohio State’s Dwayne Haskins at No. 6. But maybe not. Missouri’s Drew Lock and Duke’s Daniel Jones both are good bets to go in the first round.

“Dwayne Haskins is the best pure passer but there are some question marks and some teams are starting to wonder r option,” McShay said. “If you’re going to make an argument for Lock over Haskins, hypothetically, the argument is similar size, similar arm, better athlete, 46 starts compared to 14, confidence, kills it on the board when you talk football with him.”

Bulls watch: The University at Buffalo’s Tyree Jackson is projected to go anywhere from the third to fifth rounds. An ideal spot? How about the Los Angeles Chargers as the backup to Philip Rivers, who will turn 38 in December, and Tyrod Taylor. That could give Jackson a year or two to improve his mechanics.

Tank for Tua: If Miami does not take a QB at No. 13 you can presume they have their eyes on the 2020 draft, in which Alabama’s Tua Tagovailoa could be the No. 1 pick. Ryan Fitzpatrick currently is the top QB on the Dolphins’ roster.

Sleeper: Jake Dolegala, Central Connecticut. The Hamburg native is an intriguing sleeper because of his size (6 feet, 6 3/4 inches and 240 pounds) and rocket arm. Dolegala has a quick, effortless release and throws with every bit as much power as UB’s Jackson. He starred at St. Francis, but a serious shoulder injury his senior year derailed his college plans. After a year of prep school, he landed at Central Connecticut, where he threw for 8,129 yards and 48 touchdowns. If he’s not a late-round pick, he’s expected to be an undrafted rookie signing.