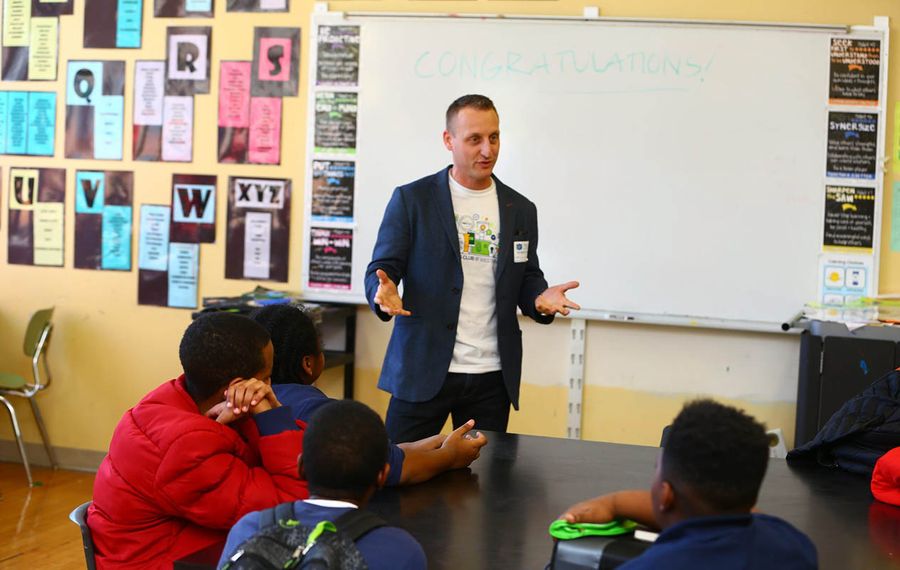 M&T Bank has loosened up.

If you picture the Buffalo-based bank as a bastion of formality with a strict dress code, think again. Years after other businesses adopted casual dress codes, M&T has caught up with the times. It recently adopted a "dress for your day" policy across the bank. Simply put, if employees are due to meet with clients or vendors, they are expected to dress up and represent the bank well. If they don't have those kinds of meetings planned, they can dress casually – including jeans.

It wasn't so long ago that then-CEO Robert G. Wilmers wore a suit and tie as he rode a Reddy bike downtown to promote a new bikeshare station. New hires in the bank's executive program dressed up for training classes.

Things have changed. Even M&T's top leaders have been spotted wearing jeans at the office.

The bank is latching on to a change that has been sweeping through corporate America, with employers allowing workers to wear less-formal attire to do their jobs. The trend was accelerated by the rise of successful tech companies in Silicon Valley, where casual dress is the norm, from executives on down. Even the venerable Wall Street firm Goldman Sachs recently adopted a "firmwide flexible dress code."

M&T employees had pushed for the change, and the bank's leadership took the suggestions to heart, said Daniel Boscarino, senior vice president of human resources.

"To be able to recruit and retain the best talent, we want to make sure we're open to all our employees' requests, needs," he said. "I also think, too, when you have people feeling good about themselves and feeling relaxed, productivity improves in the organization. People are happier."

M&T already had special occasions where employees could dress down, such as fundraisers for the United Way. And certain back-office segments of the business, like operations centers, permitted casual attire. The new policy creates a more uniform approach, so to speak, across the bank.

There are exceptions. Employees who deal with customers all the time, as in branches, are still expected to dress more formally. And shorts are still a no-no, no matter where in the bank someone works, Boscarino said.

"I can tell you, at the top was the easy part of getting this policy through," he said.

When the top executives participate, other employees realize it's for real, he said.

Employers who have changed their dress code are often doing so with an eye on the future, said Jim Lemoine, assistant professor of organization and human resources in the University at Buffalo's School of Management.

"It's a common direction," Lemoine said. "More and more companies are moving to less-formal dress, whether it be to become more attractive for potential new employees or millennials, or whether it be to try to reduce the power distance or change the culture, or whether it might even to be drive creativity or emulate one of the big tech companies that's in the news so often."

Do employers face risks by relaxing their dress codes?

"There's some evidence that a dress code can set the culture, and it can help to establish the mindset of how serious you take something," he said. "There have been issues where companies with extraordinarily lax dress codes have had employee effort drop, and employee motivation drop."

"If it's the kind of place where you can walk around in shorts and a T-shirt, maybe they don't take it as seriously as someone who spends some time dressing in a shirt and tie every day," Lemoine said.

A more-formal dress code, he said, tends to reinforce qualities like hierarchy, formality and the "power distance" between employees and managers. "Organizations with more-formal dress codes tend to be the ones that put their managers kind of at a higher level. People look up to them. People are perhaps more compliant. People don't think about second-guessing them, which can be great for getting things done."

Employees in workplaces with less-formal dress codes, Lemoine said, "tend to question their bosses more." "They have a lower power distance. They see their supervisors maybe more as first among equals than as someone at a completely other level. So it might be a little bit better for creativity."

Companies need to decide what kind of atmosphere they want to cultivate, Lemoine said. "Changing the dress code can have a deceptively major effect on the culture of a company and the way its employees think."

Some high-ranking M&T people showed up in casual attire for a recent event at a Buffalo school. Michele Trolli, the chief technology and operations officer, and Michael Wisler, chief information officer, both praised the bank's new policy. 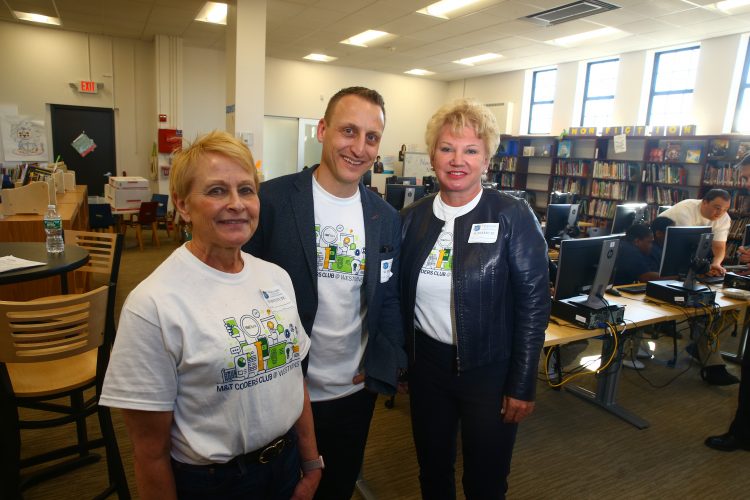 The change "modernizes" the bank's dress code, Trolli said. "And it will help us to attract folks who don't think that the three-piece or the two-piece banker suits are the way of the future. It's very sensible, too."

"You think about the companies that are attracting some of the most creative-class talent," Wisler said. "It's not just a tech thing, I think it's an innovation thing. Many of the places you look to are a different environment than I think you think about working 10, 15 years ago. We want to create a place that is as comfortable and as engaging and as attractive to the greatest kinds of talent that we can."

Boscarino said "dress for your day" is among a few employee policy changes M&T has made over the past 18 months. The bank expanded its bereavement policy to include family members beyond a parent-child relationship, and it offers 40 paid hours a year to volunteer with a charitable cause of their choice.

Boscarino said M&T's move away from a restrictive dress code has gone smoothly. And he notes there's nothing stopping employees from dressing more formally for work all the time if that is their comfort zone. "We didn't take away and say, 'You have to dress down.' We said, 'You can dress down.' That's the important part of it."

Boscarino himself is prepared for unexpected meetings that pop up. He keeps a couple of sports jackets and ties hanging in his office.

He has received one unexpected response to the relaxed dress code: "People are coming to me and saying, 'Oh, my gosh, I have to go out and buy a new wardrobe.' "