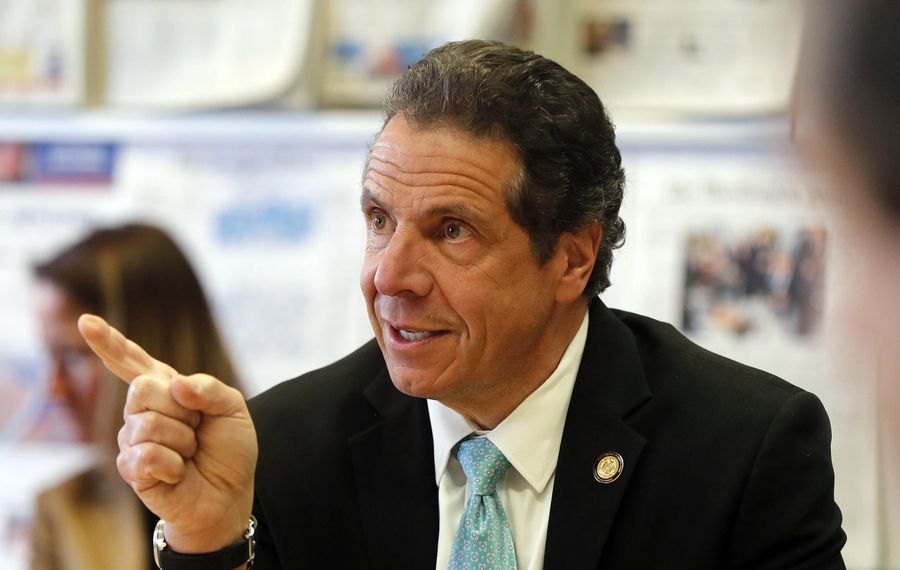 The No. 1 takeaway from Gov. Andrew M. Cuomo’s visit to Buffalo on Wednesday is that, more than eight years into his administration, he remains committed to the revival of this city, drawing on a detailed knowledge of the its needs and its history. That’s as reassuring as it is necessary.

The No. 2 takeaway is that, regardless of whether you agree with his politics, he also remains fiercely intelligent, fast on his feet and, like a previous governor named Cuomo, ready to answer any question in the way he chooses – sometimes offering insight, sometimes spinning in a direction he prefers.

Insight: On the question of legalizing marijuana, he acknowledged that the issues are significant, including the methods of regulating both sellers and buyers and trying to ensure that young people aren’t able to get it.

He downplayed the recent veiled threat of U.S. Attorney James P. Kennedy to prosecute federal marijuana laws here regardless of what the state does. Cuomo doubted an individual U.S. attorney would make that kind of decision on his own. More likely, he said, such a policy would come from the Justice Department, which has not flexed its marijuana muscle in any other state that has legalized the recreational use of pot. But he’s right. The details are critical in any legislation, but especially with this proposal.

Spin: Asked about the health of the Tesla plant at RiverBend, Cuomo answered that the company is ahead its hiring requirements and expressed confidence that it would not fall behind. What he didn’t address was the state of the overall project, which is meant not only to produce its own jobs in the solar power industry, but thousands of spin-off positions, as well. Some observers are concerned that Tesla’s internal problems, including in its dominant automotive division, are a threat to RiverBend.

Insight: The governor has initiated a development contest for reusing or replacing the city’s justly maligned skyway. It could come down or not, in his view, perhaps becoming another version of the Buffalo’s pending High Line park.

But, noting the city’s well earned reputation for not getting things done – the Peace Bridge remains Exhibit A – he put a six-month deadline on the contest. It was a knowing decision.

Spin: The governor deflected a question on whether he favors ending the religious exemption that allows school districts to grant waivers to students who don’t have the normally required immunizations. He said he sees the question more in terms of the law and the Constitution than of public health. This, despite a measles outbreak that is racing across Brooklyn, prompting Mayor Bill de Blasio to declare a public health emergency.

The problem grows out of a dangerously misinformed anti-vaccination movement that is putting children at risk not only of illness but, in the worse cases, death. Cuomo should follow the lead of California, which eliminated the exemption three years ago. New Jersey, Iowa, Vermont, Maine and Oregon are also considering eliminating it. He should move to protect New York children while being prepared to accept the outcome of any litigation.

Cuomo began the meeting boasting about the new state budget, and not without cause, given its continuation of the spending restraint that has characterized his administration. He deftly avoided a question about the possibility of a new football stadium for the Bills, deferring to Howard Zemsky, head of the state’s economic development agency, who deferred to the team’s owners, Terry and Kim Pegula, who are studying the issue.

He also made note of the changes in Buffalo that his policies helped to drive but observed, correctly, that while the state can appropriately prime the pump of development, the private sector then needs to do most of the heavy lifting. Otherwise, prosperity is ephemeral.

It’s the right policy but how it will play out in an upcoming test will be critical. New plans are afoot to renovate some of the remaining sections of the Richardson complex. To say they are in ruins would not be far-fetched.

It’s an open question if the private sector can profitably do that work, even with the help of incentives such as the historic tax credit. A Cuomo motto is to “think big.” That’s what will have to happen there. We hope it works.