The retail apocalypse is getting worse, and it's taking the enclosed shopping mall down with it.

Macy's is closing stores. So is J.C. Penney. Payless Shoesource is closing. Family Dollar and Victoria's Secret are shutting stores, too.

But some retailers are escaping the gloom and doom. Those retailers — such as Walmart, Target and Best Buy — have developed strategies to compete with Amazon.

"The retailers doing well all have something really important in common – they are investing in innovation based on knowing their customer," said Bob Phibbs, CEO of the Retail Doctor, a New York-based retail consultancy.

They've tinkered with their product mix, added new sections, like groceries. And they're luring shoppers to their stores by turning them into pick-up sites for online shoppers who want the gratification of same-day pickup, rather than waiting for Amazon's two-day delivery. They've added trendy private brands, and partnered with popular designers, as Target did by pairing up with Chip and Joanna Gaines for the Hearth & Hand with Magnolia home line.

"Any retailer that wants to stick around would be wise to try something new that focuses on the customer in as granular detail as they can afford," Phibbs said.

The result is a growing schism between the winners and losers among today's retailers. And there are striking differences between the two.

The losers tend to be located in enclosed shopping malls, which were the center of American retail for decades, but now have lost their cachet to the outdoor plazas favored by the winners.

To compete with Amazon's two-day Prime delivery pledge, Walmart, Target and Best Buy have devoted space in stores to fulfill online orders and ship them out.

The winners also are honing a better mix of products and services to broaden their appeal to shoppers. Target and Walmart have focused on building up their grocery departments, turning their stores into more of a one-stop shopping destination. They've also added grocery delivery and curbside pick-up programs. 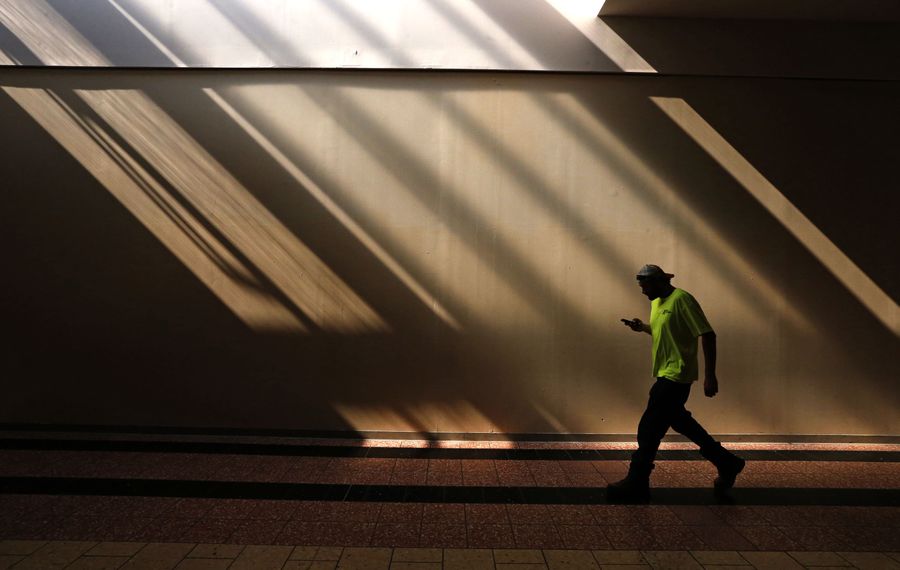 The losers also share a combination of similarities: They typically are located in malls. They're owned by Wall Street hedge funds and they failed to innovate quickly enough to compete with Amazon.

"Instead of keeping up, they heavily discounted their merchandise or chased hedge fund dollars," Phibbs, the retail consultant said. "Their customers were already telling them their retail concept was failing. Hedge fund money just masked it from the general public.”

Interior mall stores, such as Charlotte Russe and Things Remembered, have been dragged down by the decline of the American shopping mall, where drastically reduced foot traffic has compounded problems already facing brick-and-mortar stores.

Consumers have fallen out of love with enclosed malls, preferring outdoor retail plazas - if they shop at a physical store at all. If Amazon wasn't an outright disrupter for the troubled retailers, it was another nail in each coffin. The losing stores didn't offer a single thing the ecommerce juggernaut couldn't offer cheaper, faster and more conveniently online.

“Consumers’ desires are shifting. That means that retailers need to change too. If they don’t, they risk becoming irrelevant, like we’ve seen among brands from Victoria’s Secret to Gap to Sears," Phibbs said. "These retailers used to be at the top of the retail food chain, but they got too comfortable. They lost sight of their core shoppers."

Here are 10 retailers that are struggling, and three more that have managed to buck the dire trends in brick-and-mortar retail.

Walmart. After making significant strides in the digital arena, Walmart recently reported its best sales growth in more than 10 years. Motivated by increased pressure from Amazon, the company has mounted an intense campaign to improve its e-commerce operations. It put together a better product mix and made online grocery shopping available at more stores.

The effort was a success. The big box retailer's online sales grew by more than 40 percent last year, bringing in an additional $16 billion.

Earlier this month, however, the company lost its chief technology officer, Jeremy King, who had overseen the changes.

Best Buy. In 2012, the big box electronics retailer was in trouble. Succumbing to pressure from Amazon, it was the poster child of showrooming: Customers would come to its stores to check products out in person, then order them cheaper online.

Hubert Joly took the helm as CEO the same year, steering the company to a turnaround that began with visiting Best Buy stores, soliciting employee feedback and even working in a Best Buy store.

He battled showrooming with a price-matching policy supported by marketing partnerships with companies such as Apple and devoted space in stores to act as online fulfillment centers. He also focused on customer service and employee satisfaction. Last year, Best Buy bought GreatCall, a company that makes cell phones popular with elderly consumers.

As a result, the company has seen back-to-back sales increases of at least 3 percent every quarter for nearly two years straight. Sales and profit beat analyst expectations in the fourth quarter. Online sales grew by 9 percent, meaning roughly a quarter of its sales are now conducted online.

This year, the company said it will focus on opportunities in health technology.

Target. In early 2017, the Minneapolis-based big box chain embarked on a $7 billion, three-year capital improvement plan. Like Walmart, it responded to pressure from Amazon, focusing on its e-commerce and supply chain. As a result, digital sales were up more than 25 percent year over year.

Target's earnings and revenues beat analyst expectations in the fourth quarter, which includes the important holiday shopping season. The company also has benefited from the closing of the Toys 'R' Us chain in June, expanding its toy offering to capture market share.

"There's obviously others right now that can't afford to invest in their store experience, or build capabilities or drive differentiation and they're giving up share. So there's clearly winners and losers," Target CEO Brian Cornell said on a second-quarter earnings call. "We certainly think we're migrating to the winners column."

Payless ShoeSource. After filing for its second bankruptcy in as many years, the shoe chain announced last month that it would close all 2,354 of its stores in the United States and Canada, cease its online operations and liquidate.

Like other bankrupt and now defunct retailers – Radio Shack, the Limited, Wet Seal, Claire's – Payless was bought by private equity firms, Blum Capital and Golden Gate Capital. The company had struggled ever since the highly leveraged buyout in 2012.

The Boulevard Mall store saw a six-figure sales drop in 2018 alone, according to one employee.

Liquidation sales started Feb. 17; stores are expected to close by May. Another 790 stores outside North America won't be affected. There are 11 Payless stores in the Buffalo-Niagara market.

Gymboree. Another victim of a highly leveraged buyout, this time by Bain Capital, the children's clothing retailer filed its second bankruptcy in less than two years in January. But the company was in trouble before that. Sales were already falling by 2010, due partly to competition from online and big box stores, and partly to the company's dated approach to children's wear.

The company announced in January it would close all of its roughly 800 Gymboree and Crazy 8's stores in the United States and Canada. It has locations at Boulevard Mall and Fashion Outlets of Niagara Falls USA.

Charlotte Russe. The teen and young adult clothing retailer filed bankruptcy last month and, after failing to find a buyer, announced in March that it will close all 522 of its stores in the United States. Charlotte Russe stores are a mainstay of enclosed shopping malls, where traffic has dropped significantly. Private equity firm Advent International bought the chain in 2009, but struggled to offload debt.

It has locations at Walden Galleria and Boulevard Mall.

Chico's FAS. The parent company of women's clothing retailer Chico's announced in January that it would close roughly 250 stores over the next three years. The brand owns Chico's, White House Black Market and Soma. There is hope for the brand though, as it looks to bolster partnerships with QVC and Amazon.

Things Remembered. In preparation for its sale to Illinois home decor company Enesco, Things Remembered filed for bankruptcy in February and announced it would close 250 stores. But the new owner could whittle its brick-and-mortar portfolio down to as few as 50 stores, according to bankruptcy filings.

Things Remembered has locations at Walden Galleria and Boulevard Mall.

Gap. After seeing a 5 percent drop in sales last year, Gap announced it will close 230 stores over the next two years. A list of stores on the chopping block has not been released yet but Gap chose stores that were underperforming, in bad locations or "not a strategic fit,” said Teri List-Stoll, executive vice president and chief financial officer, in the company’s fourth-quarter earnings call.

Gap has locations at Walden Galleria and Fashion Outlets of Niagara Falls.

Yankee Candle. The Massachusetts-based candle and home fragrance retailer announced in February that it would close about 100 mall-based stores.

"Those are not attractive stores. They lose money. As the leases expire there’s an efficient way to get out of those businesses," said Mike Polk, CEO of Newell Brands, which owns Yankee Candle.

Victoria's Secret has about 1,143 stores around the world. Locally, there are stores at Boulevard Mall, Walden Galleria, McKinley Mall and Fashion Outlets of Niagara Falls.