At the end of Wednesday’s premiere of the new WGRZ-TV (Channel 2) 4 p.m. news program “Most Buffalo,” anchor Kate Welshofer introduced a bit called “Kate Mail” in which audience members could give their 2 cents on the inaugural show.

One viewer praised the opener, another wrote “Too much news, bring back Ellen.”

That led Welshofer to bring out a life-size poster cutout of Ellen DeGeneres.

It was the funniest moment in the hour and Welshofer proceeded to explain DeGeneres’ show is now carried at 3 p.m.

The two diametrically opposed comments in “Kate Mail” were understandable. A viewer’s love of “Most Buffalo” will depend almost entirely about his or her feelings about Welshofer’s personality and whether they believe giving a lighter side of some serious news is the way to go.

Welshofer delivers the news portion of the show standing up before a colorful background, expressively reading the stories and somewhat distractingly demonstrating with hand gestures.

In a way, Welshofer’s news sensibility and tone reminds one of DeGeneres. She is pleasant, casual and extremely conversational.

One of the best ways to look at “Most Buffalo” is to imagine what a newscast would sound like if DeGeneres were delivering the news in the same offbeat, conversational way she interviews guests.

“This is where you come in, friends,” Welshofer said at one point, explaining citizens could weigh in on a development project in the news.

“We are a little adventurous here,” she advised before introducing another story.

Welshofer gets a few extra seconds introducing news stories in what are referred in the business as soft leads that act like headlines.

Occasionally, her casual wording can be a little jarring, as when she referred to a former Kenmore police chief being sentenced for stealing drugs as “this guy.”

But the conversational intros also can be amusing. 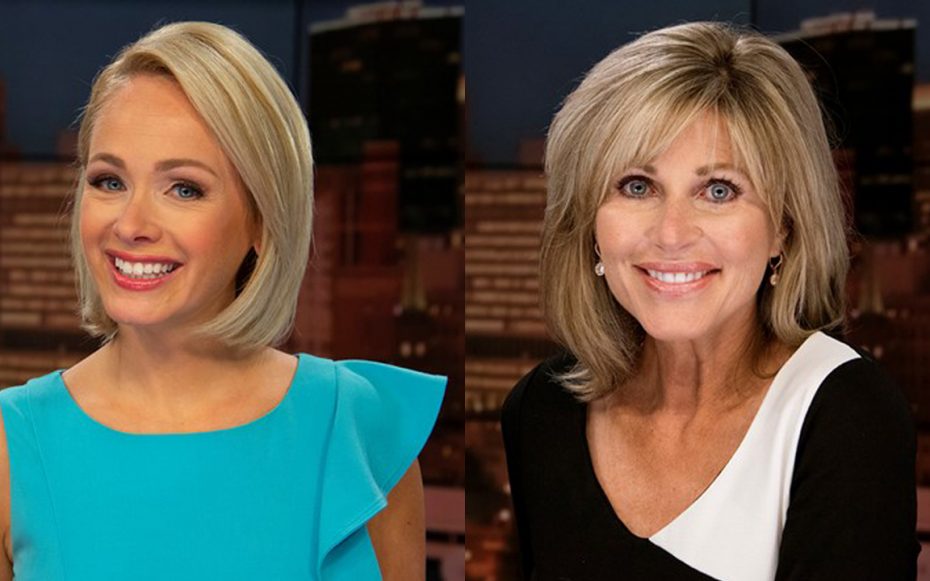 “You know the story is good if the premise of it is, 'It could be worse,' ” said Welshofer before introducing a story about how rent prices for apartments in Buffalo compare to those nationally.

She also uses the extra time she gets to be creative in her soft leads to throw out some opinions, most notably in her view that the Buffalo Bisons shouldn’t have postponed their baseball game Wednesday because of cold weather.

“Don’t they have sleeves?” she asked. “Isn’t this Buffalo?”

Channel 2 ran a poll about the postponement, which sided with the Bisons.

Welshofer seemed surprised by the vote, which was a little surprising itself because she later joined weathercaster Maria Genero outside dressed in a long red winter coat over her pink pantsuit. That led Genero to remark about Welshofer’s outfit, something I would never do, even if I thought wearing red and pink at the same time can be a little jarring.

Welshofer joined Genero outside for no other reason than to engage in pleasant conversation that appeared designed to show they like each other.

Of course, there were several weather hits featuring Genero in the hour program, which is promoted as having “more news, more fun.”

More like “more commercials.” I rewatched the show in a little more than 40 minutes by speeding through the commercials.

There were only a handful of hard news stories covered and even then viewers were reminded to tune in on subsequent newscasts that would provide further details on Gov. Andrew Cuomo’s visit to Buffalo.

Anchor Scott Levin also showed up in the spirit of “Most Buffalo” without a tie, which he assured viewers he would wear once he co-anchored the more serious 5 p.m. news.

There was plenty of material that made “Most Buffalo” seem more like Channel 2’s morning program “Daybreak.” Welshofer did a comic bit that advised how viewers should “calm down and take a little break” in the face of so much depressing news. She also had viewers respond to a question about what is the “Most Buffalo” pep talk.

To no one’s surprise, one person suggested former Buffalo Bills coach Marv Levy’s classic line, “Where else would you rather be than right here, right now?” though the graphic accompanying it referred to a different comment.

Since it was National Siblings Day, the station showed pictures of some staffers with their brothers and sisters. Welshofer cracked she didn’t know who was in the picture when she posed with her relatives before playfully describing all siblings as “insane weirdos” they love.

Kevin O’Neill showed up with a “Why Guy”-like feature about a North Tonawanda carousel, which Welshofer referred to as a “horse tornado.”

Bargain hunter Matt Granite, who no longer is based in Western New York, showed up with a deal on a gadget that can do everything but show the Buffalo Sabres how to win.

Granite assured viewers that he was not promoting a product placement.

The closest “Most Buffalo” came to promoting an advertiser came when the woman in O’Neill’s piece praised a local home improvement company and when Welshofer discussed the new Tim Hortons rewards program policy and a new dessert by a local company.

It is hard to predict whether Channel 2 viewers will decide “they want to be right here, right now” for “Most Buffalo” or head over to WIVB-TV (Channel 4) and its more traditional newscast at 4 p.m.

As much as I admire Welshofer’s personality in smaller doses and Channel 2’s effort to try a different type of news program, “Most Buffalo” has too much filler to be my idea of news.

I’d more likely watch a baseball game in 30-degree weather than watch “Most Buffalo” on most days.