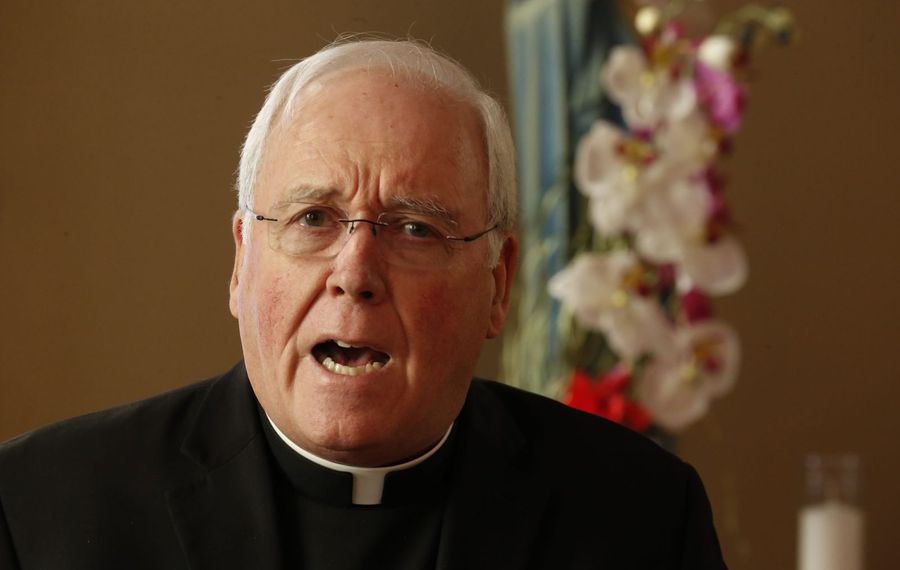 The names of an additional 27 Catholic priests accused of misconduct emerged this week in leaked Buffalo Diocese documents showing that a review board examined allegations against the priests.

A copy of the June 27, 2018 meeting agenda of the Diocesan Review Board, obtained by WKBW-TV, included the names of nearly 100 priests whose cases were being reviewed by the board.

Bishop Richard J. Malone in 2018 publicly identified most of the priests on that agenda as having been credibly accused of sexually abusing children. But Malone has remained silent on 27 of those priests, including a former superintendent of Catholic schools, Monsignor Ted Berg, and a former high-ranking diocesan administrator, Monsignor Albert Rung.

The Diocesan Review Board’s primary purpose is to examine cases of alleged child sex abuse, but it's not clear how many of the 27 priests were accused of sexual abuse of minors or if the complaints were found to be credible.

The 27 priests listed on the Buffalo Diocesan Review Board agenda in connection with misconduct complaints are:

With at least 13 of those priests, the complaints involved sex abuse of minors, according to WKBW-TV's report. One complaint accused a priest of possessing child pornography; one priest was accused of sexually assault an adult woman; and another priest allegedly covered up a sexual attack on a victim, the television report found.

Most of the 27 priests served years ago and are deceased. Two of the priests, Salemi and Westfield, were active in the diocese within the past decade.

Lawlor F. Quinlan III, a lawyer for the diocese, said that one of the 27 priests was not publicly identified because he was cleared of abuse by a diocese investigation.

Westfield, who is retired but still active in the diocese, did nothing to warrant being linked to an abuse allegation, Quinlan said.

"... I would note that by publishing names of credibly accused priests, this diocese was doing the very opposite of covering up," Malone said. "Last March, I decided, for the first time in the history of this diocese, to publish a list of diocesan priests with substantiated allegations of child sexual abuse."

Malone acknowledged last November that they will not publicly identify all priests accused of sexual abuse or misconduct.

The diocese revealed that it had received complaints against 176 diocesan and religious order priests. But Malone released the names of less than half of those priests.

Kept off the list, for example, were 48 deceased priests who each had a single allegation against them. Diocese officials said the bishop didn’t want to tarnish a dead priest’s legacy when the priest had no chance to defend himself against a claim. If the diocese gets a second credible allegation against a priest, the priest’s name will then be added to the list, according to diocesan officials.

"The diocese presents all reports of child sexual abuse (and other kinds of reports) to the Review Board," said Quinlan. "If, after a thorough investigation it is determined that that claim is substantiated, then the priest’s name is added to the public list.  Even if a claim cannot be investigated because, for example, the priest is deceased or belongs to a religious order, then the priest’s name will still be added to the list if the diocese becomes aware of more than one claim against the priest."

The bishop’s posture on which names get publicly released and which names are withheld has puzzled abuse survivors and parishioners.

Just last month, a group of lay Catholics called the Movement to Restore Trust urged Malone to be more transparent about the full depth and scale of clergy abuses in the Buffalo Diocese.

The group issued a report recommending that Malone provide a fuller accounting of what priests have been accused, similar to what has been done in the Archdiocese of Boston.

Since 2011, the Boston Archdiocese has kept a list of accused clergy in five categories, including those found guilty of sexually abusing a child in church (canon) law, criminal law or both; those who were laicized after having been accused of sexual abuse of a minor; those who have been publicly accused of abuse where canonical proceedings remain to be completed; and those who are deceased and were publicly accused of abuse but where criminal or canonical proceedings were not completed.

Malone said Thursday he has already disclosed the names of more accused priests than he would have if he had followed the Boston Archdiocese policies.

In the Westfield case, a man who had made a complaint to the diocese about being abused as a child withdrew the accusation because he did not know for certain who the priest was, Quinlan said.

Quinlan called it irresponsible for WKBW-TV to "publicize an accusation that was not made, something that was very upsetting to the survivor and Fr. Westfield."