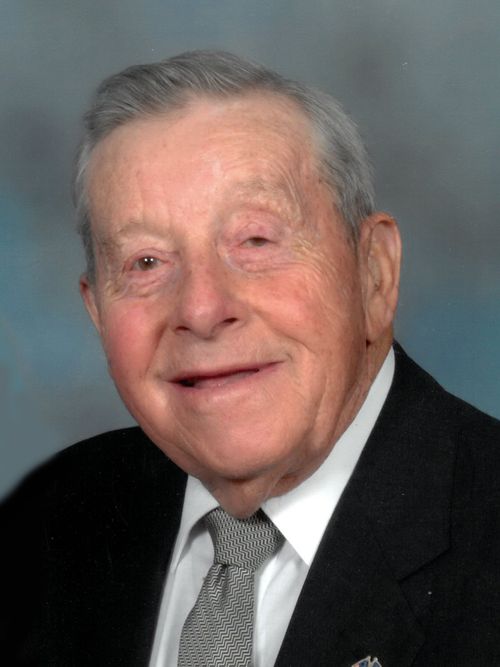 Kenneth A. James, a retired service station operator and World War II veteran who saw the aftermath of the atomic bomb in Nagasaki, died Tuesday in Erie County Medical Center after a short illness. He was 95.

Born in Big Run, Pa., near Punxsutawney, he left high school after two years to support his widowed mother, first by working in a chicken hatchery, then as a truck driver.

In 1940, he came to Buffalo to join his late brother, Elmer, who was working for Curtiss-Wright, building airplanes. Mr. James worked there, too, until he joined the Navy in 1943.

As a seaman first class manning the 8-inch guns aboard the USS Wichita, he took part in nine major battles, including the Battles of the Philippine Sea and Leyte Gulf and the invasion of Okinawa.

Returning to Buffalo, he worked for a private detective agency and, during his appearances in court, he met Ruth A. Seitz, a buyer for the former Flint and Kent department store. They were married in 1952.

He was active in Holy Trinity Lutheran Church, serving as an usher, and was a member of Clarence Post 838, American Legion.

In retirement, he enjoyed gardening and reading. A longtime Clarence resident, he lived for the past few years at Greenfield Manor in Lancaster, where he displayed a large American flag outside his apartment.

He did not talk much about his Navy service, his wife said, until the 70th anniversary of the Japanese attack on Pearl Harbor in 2011, when he was interviewed by Buffalo News reporter Lou Michel. He then told how, eight days after the bombing of Nagasaki in 1945, he was among the troops who went ashore to liberate a prison camp.

“We freed troops from Australia and New Zealand who’d been held as prisoners by the Japanese,” he said then. “We didn’t know the dangers of radiation back then. Many of my shipmates died at an early age, and many of us could never have children, and I was one of them.”

He fulfilled a longtime wish to return to Pearl Harbor, the Wichita’s home port, in 2012.

“Someone gave him a hat and shirt with USS Wichita on them,” his wife said, “and wherever we went, he was like a rock star. People came up to the table and talked to him.”

In addition to his wife, survivors include nieces and nephews.