Four days after a stray bullet flew through the window of a William Street apartment, killing a 12-year-old boy who was home watching TV, Buffalo detectives are poring over hours of surveillance videos in the hopes of finding the person who pulled the trigger.

Buffalo Police Capt. Jeff Rinaldo renewed Wednesday his plea to the public to step forward with information about the senseless killing of Badraldeen "Badr" Elwaseem. He said tips are starting to come in.

Detectives have knocked on doors in the neighborhoods around the Towne Gardens Plaza.

But it's not lost on the police that providing information to the authorities can be frightening, particularly in cases involving violence, he said.

"We understand that people are going to be hesitant for their own safety reasons," Rinaldo said at a news conference. "It's not that they don't want to be able to give us information but they have legitimate concerns for their safety."

The police, working with the Erie County District Attorney's Office and in some cases with the U.S. Attorney's Office, will work with witnesses or other people with information to make sure they're safe, Rinaldo said.

"We can work with them to remedy those concerns, everything from helping to move to a new location to a lot of other things that can be done to help calm those concerns and make sure these people stay safe." 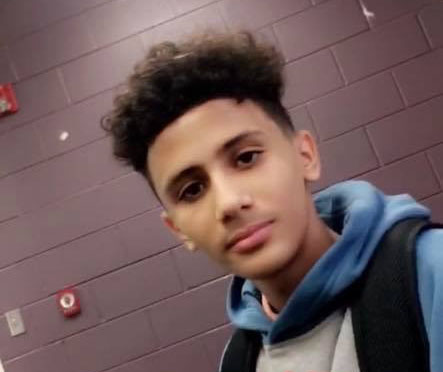 Badraldeen "Badr" Elwaseem, 12, died after being struck by a stray bullet in his home on William Street Saturday. (Contributed photo)

Some tips have already come in to law enforcement about the killing of Elwaseem, a seventh-grader at School 45, Rinaldo said Wednesday.

"We never talk specifically about it," Rinaldo said. But, he said, "we have received some information."

"The police department does not operate in a vacuum," Rinaldo said. "We don't have a crystal ball. We don't have the ability to just make assumptions. We have to bring cases to a court where we have solid facts and we can prove our case beyond a reasonable doubt. If we're not present for when the crime was committed, but other people were, their testimony is paramount to bringing these people to justice.

"I can't stress enough how much this participation is important to us, how much it helps take extremely dangerous people off the street and how as a community we cannot tolerate these types of violent crimes where an innocent 12-year-old kid who's in his house doing nothing wrong who is basically murdered because of the actions of some idiots with guns. We can't tolerate it."

He asked anyone with information, even "the smallest piece of information that points our investigators in the right direction," to reach out to the police.

He urged people to call or text the Buffalo Police confidential TIPCALL line at 847-2255. Buffalo Crime Stoppers is also offering a reward of up to $12,500 for information leading to the arrest and conviction of the shooter.

Murray Holman, executive director of the Stop the Violence Coalition, said community organizations including his, Peacemakers and the Back to Basics Ministries, are trying to encourage any witnesses to come forward.

"To the people that want to come forward, we will stand with you and there are rules and regulations that will protect you," said Holman. The community groups joined Mayor Byron Brown and Police Commissioner Byron Lockwood Monday as they handed out flyers about Badr throughout the Towne Gardens homes.

"If you know something or see something, say something," Holman said.