The Hotel Henry made a splash when it opened two years ago in three restored buildings on the Richardson Olmsted Campus in Buffalo.

Now the time has come to figure out what to do with nine other buildings on the 42-acre site, Richardson Center Corp. officials say.

They have been in ongoing discussions with interested developers and on Wednesday will publicly share possible uses for eight of the buildings.

• Restoring three of the buildings for a university-based retirement community.

• Using two of the buildings for market-rate apartments geared toward artists.

• Reserving two of the buildings for a Hotel Henry expansion.

• Restoring one building for office space.

"We are getting very excited about these projects, and the various levels of activation we can have for this campus," said Mark Mortenson, the Richardson Center Corp.'s executive director. 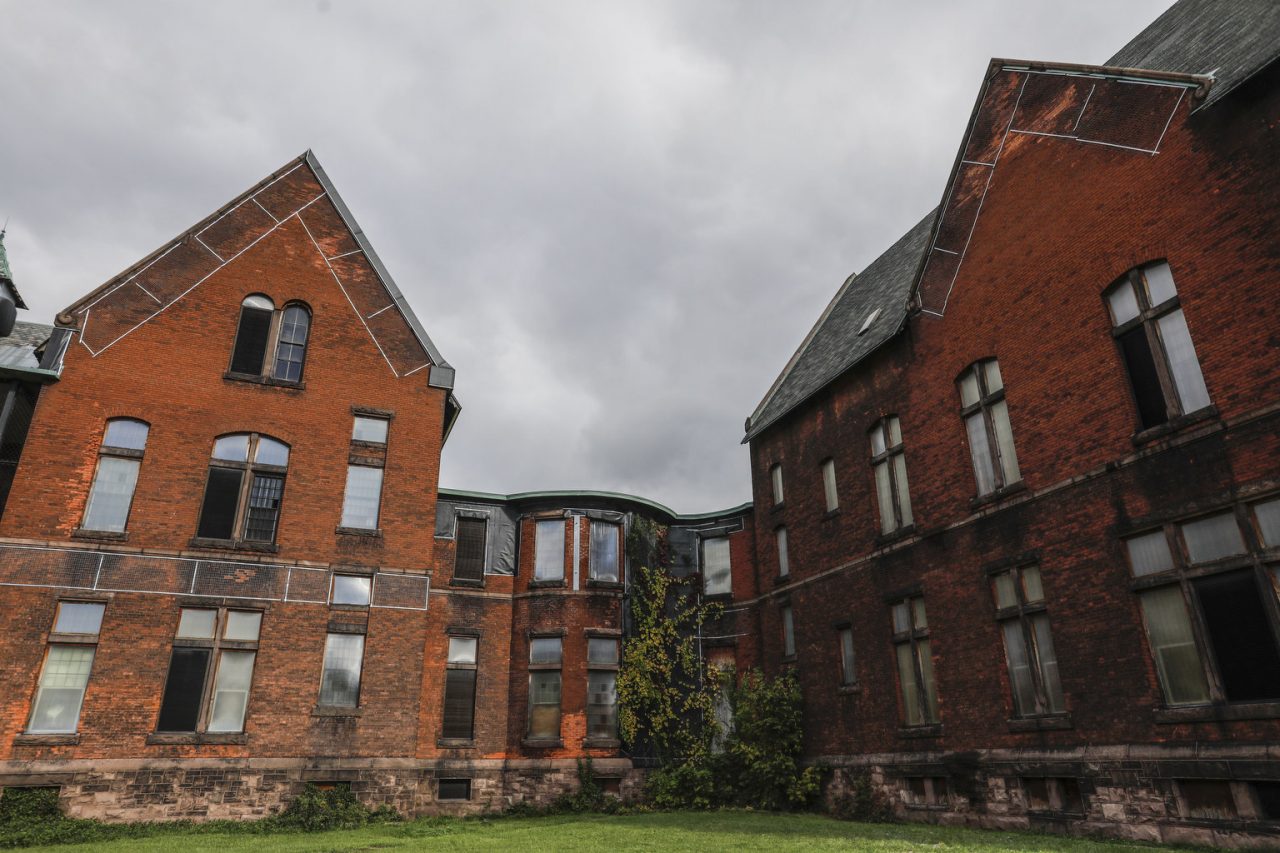 The west wing of the Richardson Olmsted Campus could be the site of new development. (Derek Gee/Buffalo News)

Plans for the ninth building are close to being announced, Mortenson said.

Also, a former barn on a 12-acre parcel is being eyed for expansion of the West Side Bazaar.

"There was certainly a time when the future of those buildings was in question," said Gwen Howard, who chairs the Buffalo Preservation Board.

"The Richardson Center Corp. really turned things around," she said. "I can't wait to see what the next improvements are on the campus."

Not so long ago, restoring all of the buildings on the behemoth-sized complex seemed like a pipe dream. Hotel Henry has drawn positive reviews since it opened in early 2017 in the former Buffalo State Asylum for the Insane. After years of decline and vacancy, and even the threat of demolition, the restoration brought a spark of renewal to the 19th-century complex.

Hotel Henry occupies 167,751 square feet. That leaves 291,866 square feet to be redeveloped, spread across the nine other buildings designed by H.H. Richardson, considered one of the nation's greatest architects. 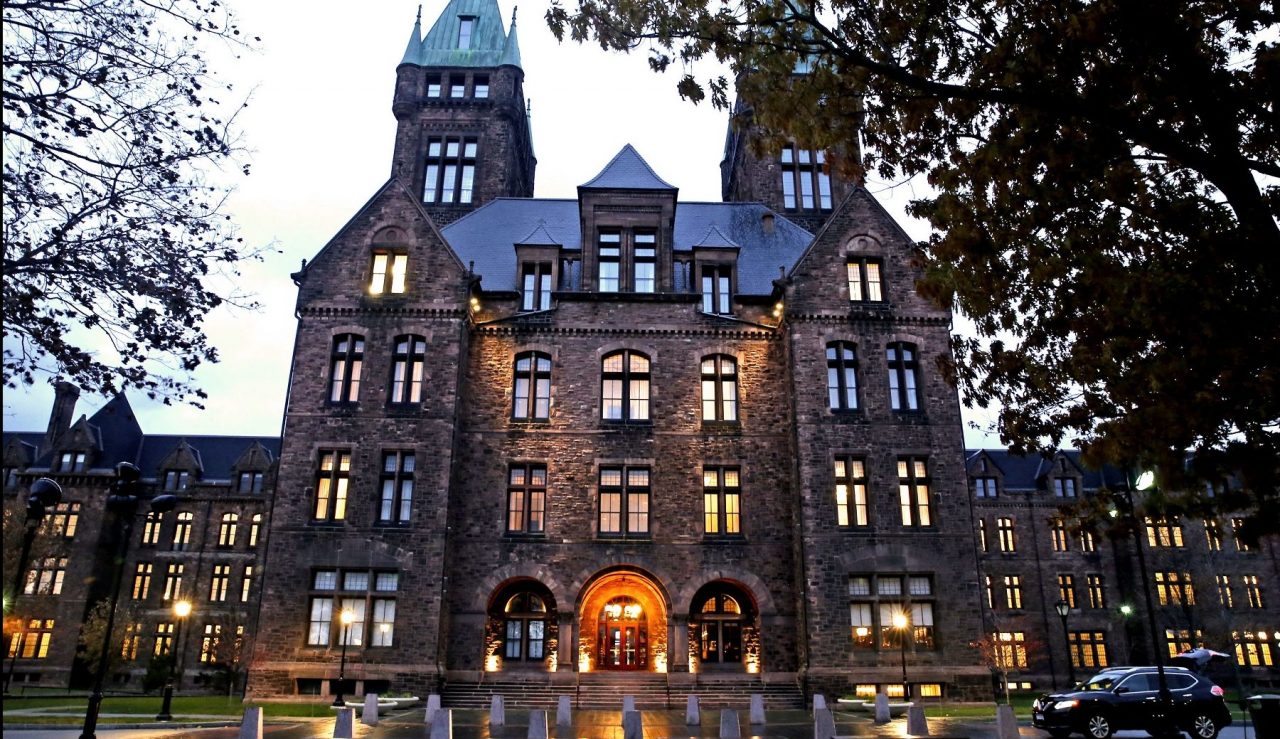 Mortenson said with so much interest in the rest of the complex, the Richardson's future looks bright.

"If everything goes as planned two years from now, we should have the shovel in the ground in at least one phase of development, with the second phase in the planning stages," he said.

William Paladino, CEO of Ellicott Construction, said the buildings pose a challenge for developers even with the use of historic tax credits.

"The location is challenging alone, and because of the layout there are a lot of things, including what SHPO requires, that present challenges to really make it good functional space upon completion," he said, referencing the State Historic Preservation Office.

The ideas for the buildings came out of a request in fall 2017 that elicited responses from local and national developers. Suggestions from previous community meetings also helped sharpen future uses on the campus, Mortenson said.

The university-based retirement community is a concept growing in popularity, Mortenson said. It allows retirees and seniors to audit courses at colleges and universities and stay connected to education and lifelong learning.

"This could be a model for the rest of the country," Mortenson said.

Expanding the West Side Bazaar into the historic barn property would require a fair amount of work and fundraising, Mortenson said. But he said it might attract the financial support needed to make it work.

"These are great projects that would continue keeping the Richardson Olmsted Campus as a destination while also representing the community at large," said Jason Kulaszewski, an advisory group member since 2011.

Kulaszewski said the current plans under discussion are true to the master plan that the community helped adopt.

"We didn't want to see it turned into a corporatized complex," Kulaszewski said. "We wanted it to be functional space that the public can still access and that uplifts the community at large."

What's being discussed, Kulaszewski said, "is exactly what we were hoping to see."

Mortenson said talks are well on their way about all of the projects.

The Richardson Center Corp. has spent $102 million to renovate the campus since 2006, with $76.5 million coming from state government.

"We haven't signed anything official with developers, but they are interested," Mortenson said. "The biggest piece from the development side is the funding structure.

"Once we have the community's input, we can go further into that," he said. "It does look fairly positive, and we are very optimistic about how these ideas could proceed to development."

A public meeting to air the latest ideas for the site will be held at 6:30 p.m. Wednesday at the Bulger Communications Center at SUNY Buffalo State.