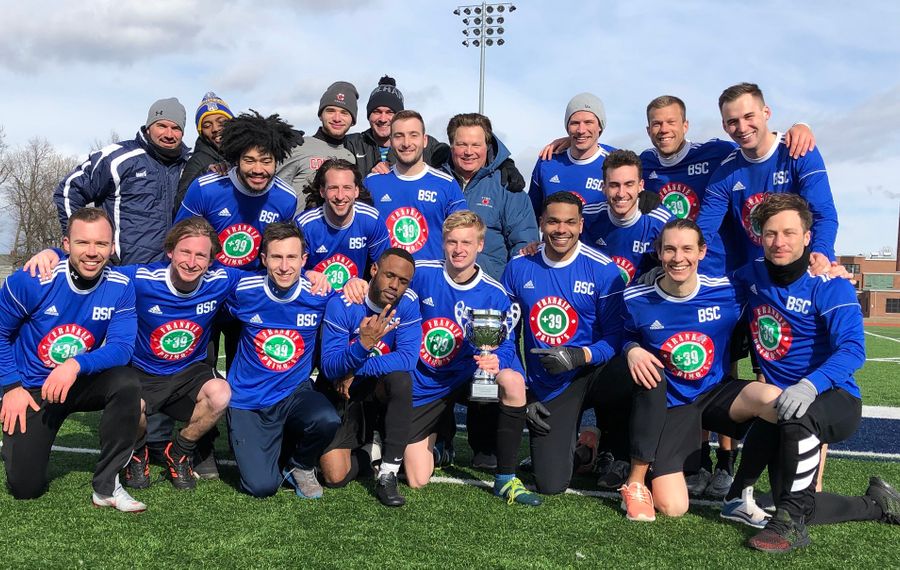 In 2016, Christos ran FC Yemen off the pitch in the Werner Fricker Cup quarterfinals, 3-0, and then topped the Clarence Coyotes, 1-0, the following year, despite playing with nine men and no substitutes for the duration of the match.

After their wild qualifying win over Rochester representative Westside, BSC Raiders have earned a crack at mighty Christos at 4 p.m. April 7 at Essex Community College (7201 Rossville Blvd., Baltimore, Md.) in the first round of the USASA Amateur Cup.

Here is Raiders' 15-man roster for the away tilt:

Unlike Raiders' home clash against Westside, their traveling roster comprises several BDSL teams, including major influence from BUSS, as well as Wolves, Queenston FC and Beast City SC. The absences of Casey Derkacz, man of the match in the WNYSA play-in, and striker Kendell McFayden certainly do not bode well.

Known for their improbable run to the fourth round of the U.S. Open Cup in 2017 - where they lost to Major League Soccer's D.C. United - Christos FC recently merged with FC Baltimore to form a National Premier Soccer League team for 2019, with their sights set on eventually joining the NPSL Pro league, set to begin in 2020.

Midfield Press has a nice article explaining Christos' part in the merger and where the club is headed.