New York City developer Howard Milstein, who owns vast swaths of land in Niagara Falls, won a major legal victory last month after a state judge slashed the assessment on two former Nabisco Co. properties in the Cataract City – even reducing one of them to zero.

Milstein's NFR Gateway, which holds title to the properties at 126 Memorial Parkway and 816 Rainbow Blvd., sued the city of Niagara Falls eight years ago in a bid to reduce his taxes on the warehouse, industrial facility and concrete grain silos where the international food company once produced Shredded Wheat.

The ruling by Supreme Court Justice Ralph A. Boniello III cut the tax valuation of the properties from the current total of $3.09 million to $975,000, retroactive to 2011. That will save Milstein about $150,000 in annual taxes to the city, Niagara County and the Niagara Falls School District, while resulting in a total refund of more than $1.1 million.

In his decision, Boniello fully backed the assertions of Milstein's team, while rejecting the arguments made on the city's behalf by Walter R. Allen, senior executive appraiser at GAR Appraisal.

"This is a tremendous victory," said tax assessment attorney Peter Allen Weinmann, who represented Milstein. "It's a clean sweep on the one hand, and on the other hand, I think it's a very fair decision. It definitely is a more reasonable tax burden now."

Meg Rossman, spokeswoman for Niagara Falls Mayor Paul A. Dyster, said the city would not comment, citing pending litigation as city officials weigh their options in the case.

Milstein, who owns Niagara Falls Redevelopment, acquired the properties in 2003, but did not start his case until eight years later. Through Weinmann and appraiser Anthony A. Girasole, he argued that the properties were "shuttered" manufacturing facilities that can no longer be used that way because the zoning was changed in July 2009 to allow only commercial or residential use. 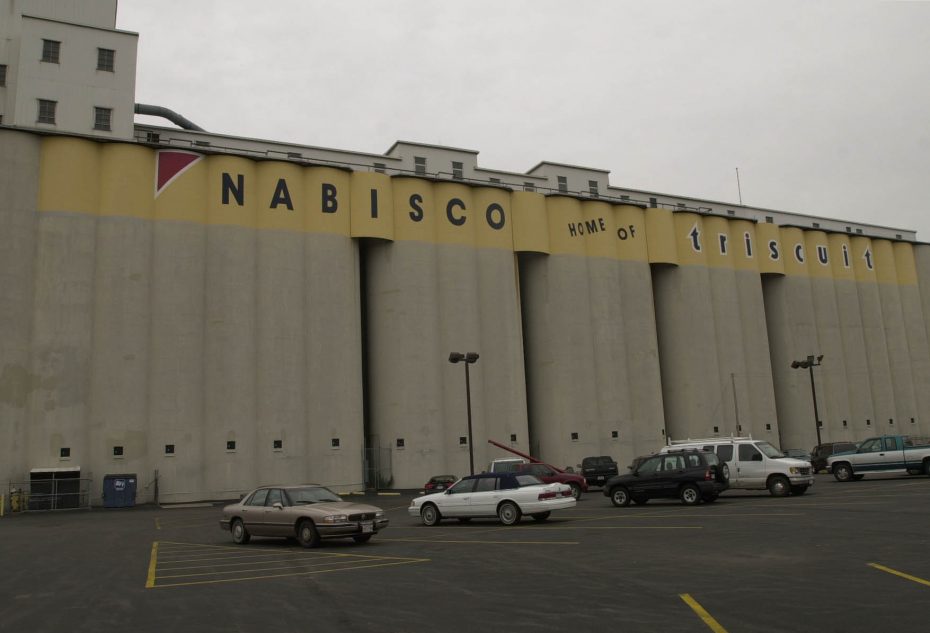 The Nabisco plant had converted from producing Shredded Wheat to Triscuits by the time it closed in 2001. (News file photo)

The facilities are also in "poor condition" and have been vacant for 18 years, except for some storage use for the warehouse from 2015 to 2018, the judge noted. And Milstein's team presented "uncontroverted evidence" that the sites contain significant hazardous materials and environmental contamination that must be remediated before they can be reused, the judge added.

"It's a big eyesore to anyone who enters the city of Niagara Falls," Weinmann said.

The site is located just east of downtown Niagara Falls along the Buffalo Avenue strip. The area around the complex was traditionally heavy industry, with manufacturing plants for Occidental Chemical and predecessor Hooker Chemical, as well as Moore Business Forms, E.I. DuPont, Olin Corp. and Washington Mills.

The judge noted that CEM's Chopra projected cleanup costs for Rainbow at $1.31 million, while Ontario Specialty Contracting estimated demolition and removal costs of $5.54 million, including asbestos abatement. That brought the value of that property down to zero, Girasole argued.

The Memorial Parkway property, on the other hand, is functionally obsolete and can't be used for what it was originally intended, but should still be valued for assessment at $975,000, Girasole said.

GAR's Allen asserted that the Nabisco warehouse was in "fair condition," citing short-term improvements to allow its use for rental storage. Combining the properties into one, he claimed that the assessment was $3.89 million as of July 2010 and had increased to $4.43 million by July 2016. But the judge found those values to be excessive and unjustified.