Another year, another penny. The cost of taking part in Local Restaurant Week, which welcomes more than 200 participating restaurants in the Buffalo area, has risen from a standard $20.18 to a whopping $20.19, thanks to the calendar change.

A menu of 200 restaurants is not for the faint of heart, which is why we're here to dole out suggestions, but take note: We don't repeat restaurants from our last "10 dishes" post from the fall, and many of those recommendations return with terrific deals. (Just for kicks, we didn't repeat anyone from last spring, either). This is about sharing the love; eating in Buffalo is far more than the 10 trendiest eateries at any given time.

Here are two links to have handy before venturing out the week of April 1-7: Andrew Galarneau's nuts-and-bolts preview of the week, plus the official menu from the LRW site.

Tappo follows its intriguing rooftop igloo dining with a serious Local Restaurant Week bargain. Winning fans for their affordable bottles of wine since opening in 2013, Tappo somehow sneaks a bottle among two entrees for the week standard of $20.19.

We'd pick the chicken Milanese - breaded and fried chicken breast served with a colorful salad - but the eggplant Parmesan is a suitable alternative. A special wine list will be curated for the offer, so don't think you have the pick of the litter.

A rising star in Buffalo soul food, PhatCatz announces its Local Restaurant Week arrival with a beastly plate: the half fried chicken and rib combo, which comes with a choice of vegetable (collard greens are the right answer), plus macaroni and cheese, potato salad, cole slaw and buttermilk cornbread.

Judging from their Yelp reviews, the restaurant's portions are massive and that doesn't mean it's compensating for sub-par quality. Although the $30.19 option comes with a bottle of wine, it doesn't scream soul food quite like the chicken and rib duo.

Grand Island is an underrated food haven, and Dick & Jenny's is central to that designation. Start with stomach-warming jambalaya and grilled andouille, topped with red-eye gravy and a heap of crispy onion rings, which provide quite the spectacle.

Indulge in the pecan-dusted Delta catfish and Creole shrimp meuniere, perhaps the dish with the longest name in LRW history, but it's heightened by a hat-trick of stellar sides in jalapeno hush puppies, Muranda Cheese Co.'s colby grits and slow-cooked greens. Everything Cajun is done better slowly.

The coolest part? Dick & Jenny's calls it the Local Libation Package, which is a list of 10 regional wines ranging from rose to chardonnay to pinot noir and more. The drinks menu on their website gives more information about each.

This might not be the same Orazio's from your last visit. The Italian restaurant changed hands last fall, as Orazio Ippolito Jr. sold the business to Frank Zarcone, one of his former chefs. Ippolito aided the transition, however, and the menu stayed mostly the same.

Local Restaurant Week is perfect time to experience the new Orazio's for yourself, and the menu is compelling. While the Italian-style boneless beef short rib with truffle mashed potatoes is drool-inducing off the $30.19 menu, a combo from the $20.19 agenda wins out.

Tender and rich pork brasciole is a succulent Sicilian companion for spaghetti (not an afterthought, of course), and there's peanut butter pie to finish the meal. 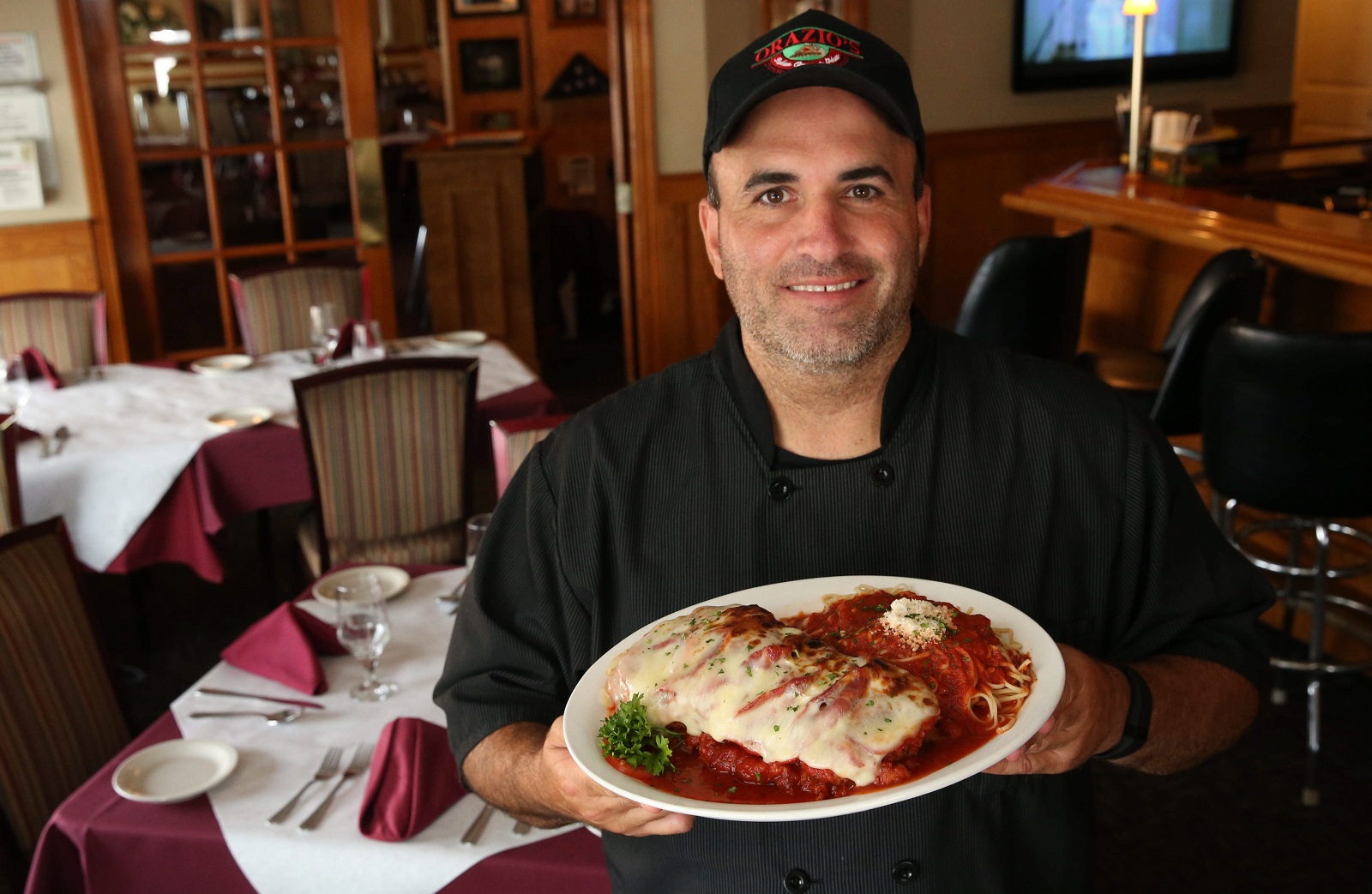 Part of the Burmese boom in Buffalo-area dining, Lime House is just a few months removed from a solid 7-plate review by Galarneau. Just off the main drag in Williamsville, the restaurant trots out a five-course special that touches on much of the menu.

Choice C is a cultural whirlwind, beginning with miso soup, followed by a Mango Tango sushi roll, a Burmese ginger salad, an extravagant Salmon Firecracker Roll and concluding with the Lime House Crepe Cake, which has 20 paper-thin crepes stacked atop each other with pastry cream nestled between the layers.

Falley Allen is far more than a late-night hot spot (but it's very much that, as you know if you've ever waited in line for 30 minutes for the bathroom). Chef Chris Daigler puts his own spin on classic pub fare, and it's worth testing it out. Don't think twice: Choose Billy Ogden's stuffed banana peppers, named after the William Street restaurant that popularized the dish decades ago. Be prepared for the heat.

Someone should try the Falley Burger, which is topped with chip dip, salt-and-pepper chips and pickles. While it can be a tad messy, it's got the full gamut of textures and flavors, from creamy and crunchy to salty and beefy.

The ramen-fried chicken fingers are also worthy; the Asian influence is strong in this one, as kimchi, sweet chili sauce and bleu cheese all add more vigor to the extra-crispy poultry.

We probably don't have to explain too much about the salted caramel brownie a la mode to make it sound appealing. 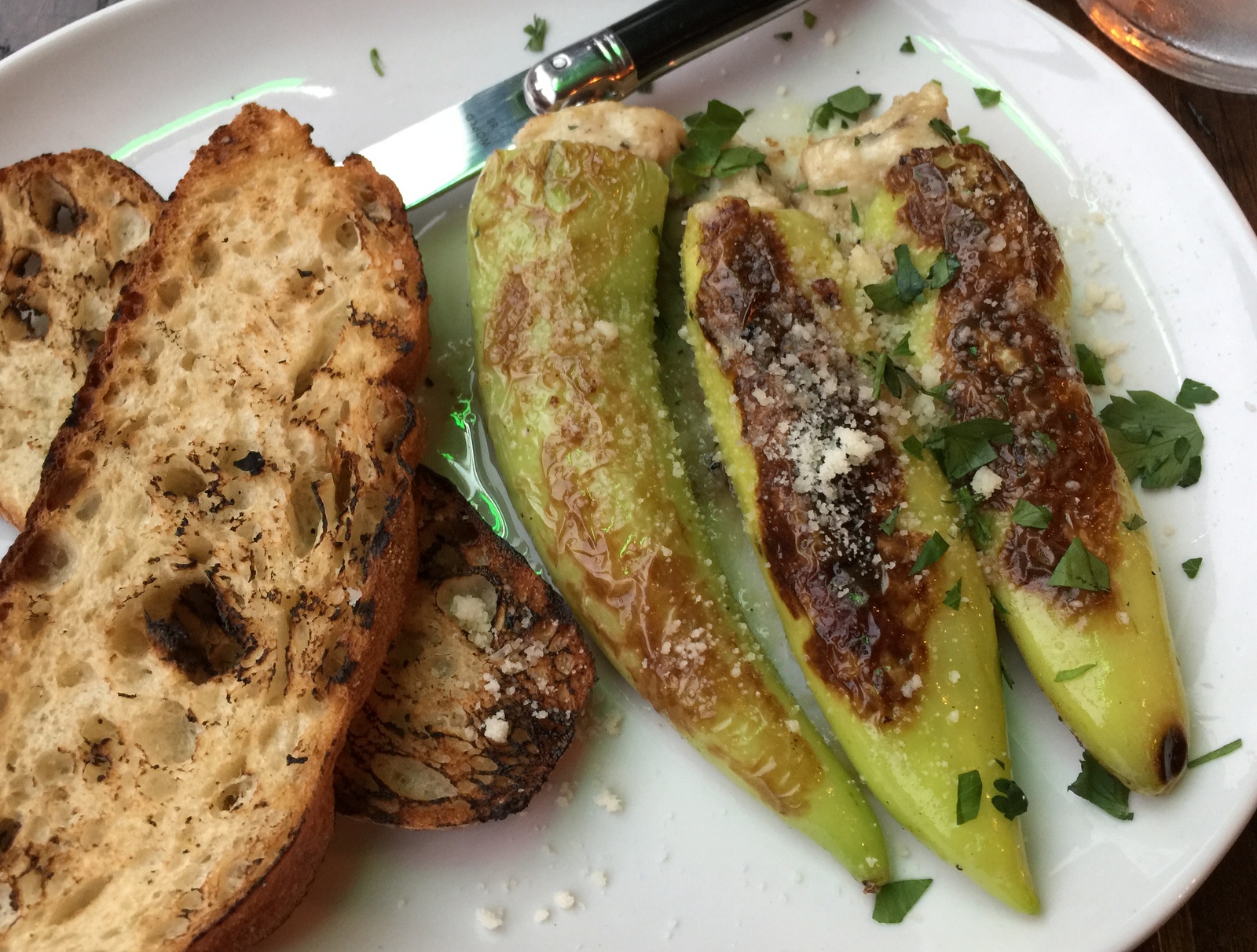 Chef Adam Goetz sources his ingredients responsibly and, while his dishes may not be flashy, they're sensible and tend to draw attention to seasonal fare. Take the asparagus, a choice among the first courses, as a prime example. It's field greens, roasted asparagus, roasted mushrooms and Parmigiano-Reggiano with a sweet lemon vinaigrette. You might never look at asparagus the same way.

The entree pick is a little more difficult, as the wildcard is the "featured fish." Ricotta gnocchi almost won out, but the fettucine - a dish your eyes might skim over - is the perfect example of a Goetz dish: housemade pasta, sweet garlic sauce, housemade sausage and greens.

There's an absurd amount of care that goes into preparing each meal, which is farm-to-table in a sustainable nutshell.

[Related: Craving was the first restaurant reviewed in 2019]

A suggestion of The News' Andrew Galarneau, Soho - re-branded last year from Soho Burger Bar - offers one of the best values during the discount week. Our eyes veered straight to the brunch deal, however, as two entrees, a side to share, two cocktails and strawberry shortcake seems too good to be true for $20.19.

With Soho's brunch list as a guide, we'd roll with the steak-and-eggs burger, with a fried egg, herb Hollandaise and shoestring fries; the buttermilk pancakes (not all brunch dishes need to be savory); a side of homefries (duh, it's brunch); an even split between a Bloody Mary and a blood-orange mimosa and then - exhale - the strawberry shortcake.

If Local Restaurant Week means a culinary adventure in a neighboring city, consider this 65-year-old Italian restaurant in the heart of Niagara Falls. Although the $40.19 surf-and-turf meal seems designed for royalty, the $30.19 choice shows off Fortuna's true colors.

Start with their "Famous Greens and Beans," take a breather with a soup or salad, then hit the veal Parmigiana with housemade gnocchi for the from-scratch pleasure of Fortuna's tomato sauce and gnocchi, which illustrates the love that generations of this Italian family have put into their food.

Relatively hidden in a small plaza just off Transit Road in Elma - right by West Seneca - Bravo's parking lot is often crowded, especially on weekends. This is a place that you should know exists, and Local Restaurant Week is the perfect time to venture to these spots.

Bravo's service is a well-oiled machine, the restaurant is casual and caters to families, and its American fare is consistent and done right. The three-course dinner should leave you quite full: Regardless of whether you pick a soup or salad, pick the stuffed hot banana peppers for an appetizer and mow down the meat-lover's lasagna for the main course. It's a stick-to-your-bones kind of meal.

With Gigi's Soul Food in the news a lot the last month, know GiGi's Cucina Povera in Kenmore - an Italian restaurant - is an entirely different establishment, one that's still open.

Its Local Restaurant Week menu isn't boring, either, as the Calabrian wings, which come four to an order, will enliven your taste buds before the main course - the porchetta (Sicilian-style roast pork, served with polenta and braised greens) - will deliver depths of flavor through citrus, herbs and tender pork.

(I know it sounds like we're a little too hot and heavy with circular pork in this list, but it was on accident).