Isaiah Young has dreamed of creating video games since he was 5 years old.

Now 12, Isaiah, was in his element as a member of the "coders club" at his school, learning the basics of computer programming. "(My mother) wants me to become a scientist, so I want to do that for her and myself at the same time," the seventh grader said.

Isaiah and 11 of his fellow students at Westminster Community Charter School were the inaugural members of the club, which M&T Bank formed at his school. For six weeks, M&T volunteers and the middle school students met once a week for an hour after school, using computers in the school library.

This week, the students wrapped up their session, receiving certificates, T-shirts and coding books to use at home. But for M&T, the work is just beginning.

"Our plan is to roll this out into other schools in the community and scale it up," said Michael Wisler, M&T's chief information officer.

M&T officials see a big need to fill technology jobs — not just at the bank itself — and want to promote science, technology, math and engineering careers to young people early on. Wisler said a program like the coders club ideally captures students' interest and "demystifies" technology for them.

The bank launched a pilot version of its coders club at Westminster, where the bank has a longstanding connection through its Buffalo Promise Neighborhood initiative.

"I think that we've got a responsibility as a leader in the community that we're spending time like this, in places where they might not otherwise get access to the technology," Wisler said. Seventeen M&T employees, from all types of job backgrounds, volunteered.

One of those volunteers, Bea Smallets, compared the students' work at their keyboards to preparing food with a recipe. The students wrote detailed instructions for creating a video game, bringing characters to digital life on the monitor.

"The enthusiasm that the volunteers had in doing something really good for the community, and hopefully developing the programmers of the future, just made everybody feel fantastic," said Smallets, group vice president and a technology veteran at the bank. 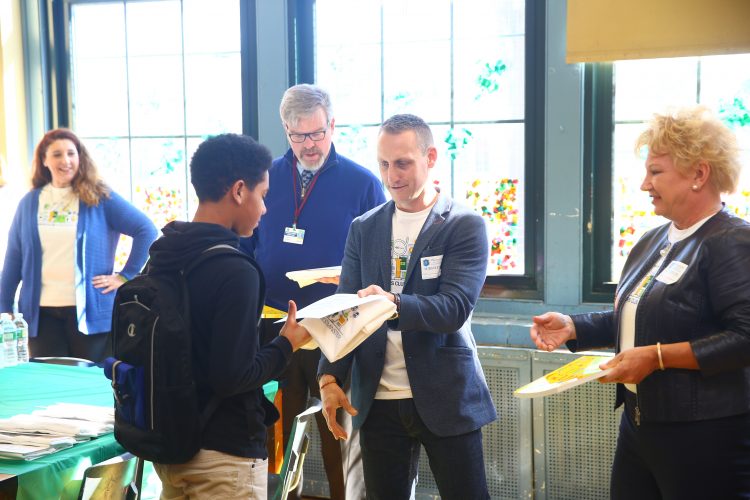 Michele Trolli, M&T's chief technology and operations officer, said there was much more to what the students did than meets the eye.

"They've got a lot of mathematical principles that they're also learning at the same time," she said. "When they think they're creating a fun game, there's a lot of other benefits."

Trolli traced her own start in technology to a class much like the coders' club, where she created a Pong-style game on a computer.

"I learned it and I loved it," Trolli said. "I loved the fact that I could use my brain to be analytical and make something happen. I got a bug and I just wanted to do that." Her enthusiasm motivated her to tackle computer science, and she is now one of M&T's top-ranking executives.

Wisler said there is not only a shortage of people to fill tech jobs, but an "underrepresentation" of women and minorities in the field that needs to be addressed.

And around middle school age, he said, is when girls' interest in STEM careers starts to diverge from boys.

Westminster's principal, Robert Ross, said coding "is so important in the world. Teachers don't necessarily know enough about coding, but getting kids to know some stuff about coding is really what we want."

Ross made a request of the coding club students: "When you go out and create the next Fortnite, you come back and say it all began here."