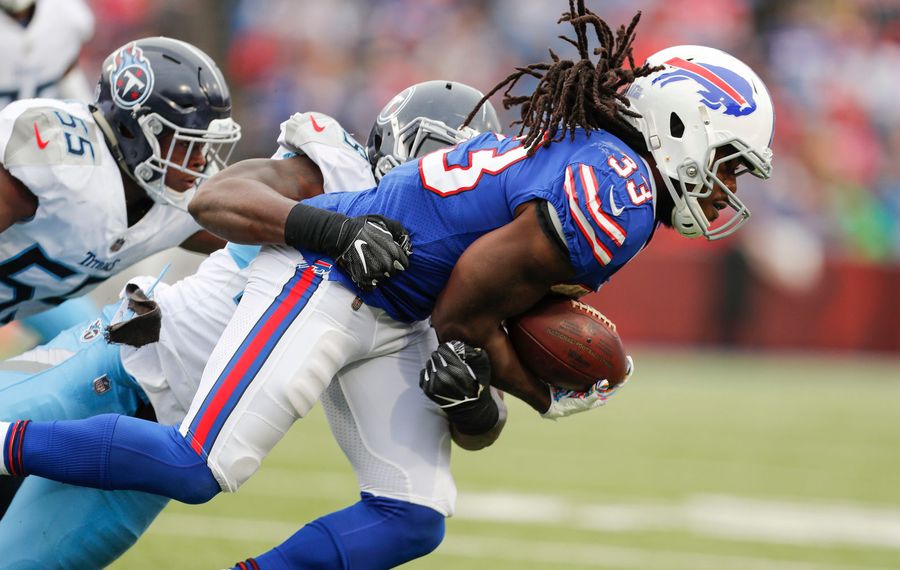 When the Buffalo Bills added veteran running back Frank Gore this winter, it gave them one of the oldest but most-accomplished backfields in history. Gore, LeSean McCoy and Chris Ivory combined for over 30,000 rushing yards, which has likely never been matched in NFL history.

But opening a season with a backfield of three 30-plus runners (four if you count fullback Patrick DiMarco) seems shortsighted, especially in an era when teams are making young, cheap running backs seem virtually interchangeable.

The Bills, however, seem cognizant of that flaw. They addressed it Wednesday by officially releasing Ivory after the move was reported Tuesday.

Ivory's departure might create a slightly larger role for Marcus Murphy and Keith Ford, but it could also allow the Bills to draft a running back. Bringing in a rookie would be a major step toward preparing for life after McCoy, who is entering the final year of his contract.

How many more years for McCoy? McCoy will be a free agent after this season, but retirement doesn't seem to be on his mind. In an Instagram post congratulating Jeremy Maclin on his retirement, McCoy added that he wants to play five more years. "I need another 2k 20td's," McCoy wrote. While that only averages out to 400 yards and four touchdowns per season, those numbers would bring McCoy over 12,000 career rushing yards and 100 touchdowns, which he told me are two of the biggest goals he's striving for after surpassing 10,000 yards. His other goal is a Super Bowl ring – keep that in mind as he enters free agency.

What does a "Buffalo style" stadium actually mean? Western New York has been pondering that since Bills owner Terry Pegula said he envisions the team playing in a "Buffalo style" stadium. News reporters Jonathan D. Epstein and Stephen T. Watson reached out to members of the community who might know and gathered some illuminating thoughts. To me, "Buffalo style" means making the best of what you have – renovating New Era Field. Residents don't want their tax dollars going toward a stadium when they already have one that's getting the job done.

As LeSean McCoy closes in on 10,000, he's setting his sights even higher