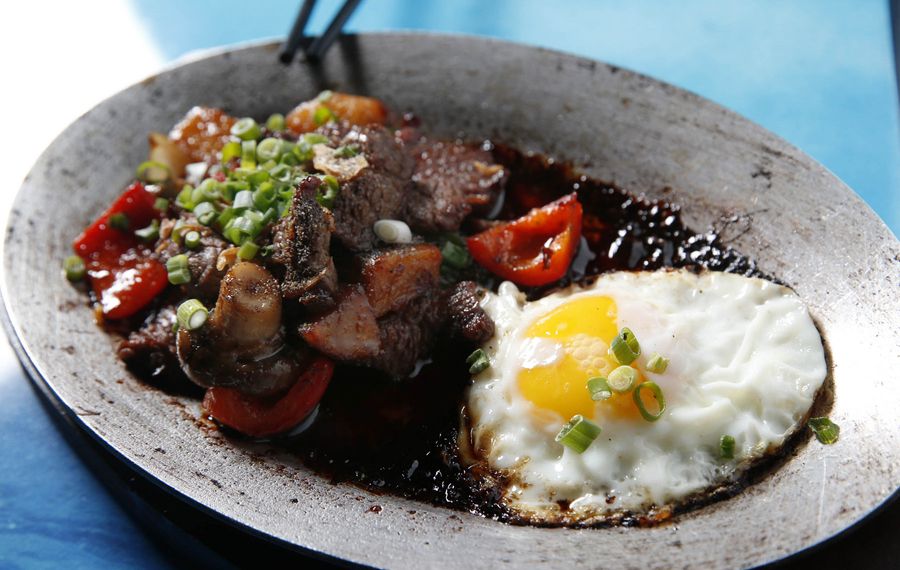 From its first announcement, Waves promised to offer a kind of dining new to the Buffalo restaurant scene. In the former Papaya spot on Chippewa Street, it would combine the offerings of a pan-Asian place, classic Vietnamese, Thai and sushi, with the lure of all-you-can-eat restaurant, while still offering standard by-the-dish ordering.

Since the current all-you-can-eat Asian offerings in town are primarily Chinese buffets that emphasize low-cost volume over quality, the offer interested me, to put it mildly.

When it comes to the vast smorgasbord of Asian cuisine, or any other continent of culinary terra incognita, I generally want to try as many dishes as I can, drawn by the lure of exploring the unfamiliar, hoping to discover new favorites.

So an Asian restaurant that would allow me to satisfy my curiosity without having to limit myself to the usual appetizer-entrée duets was definitely my cup of tea. 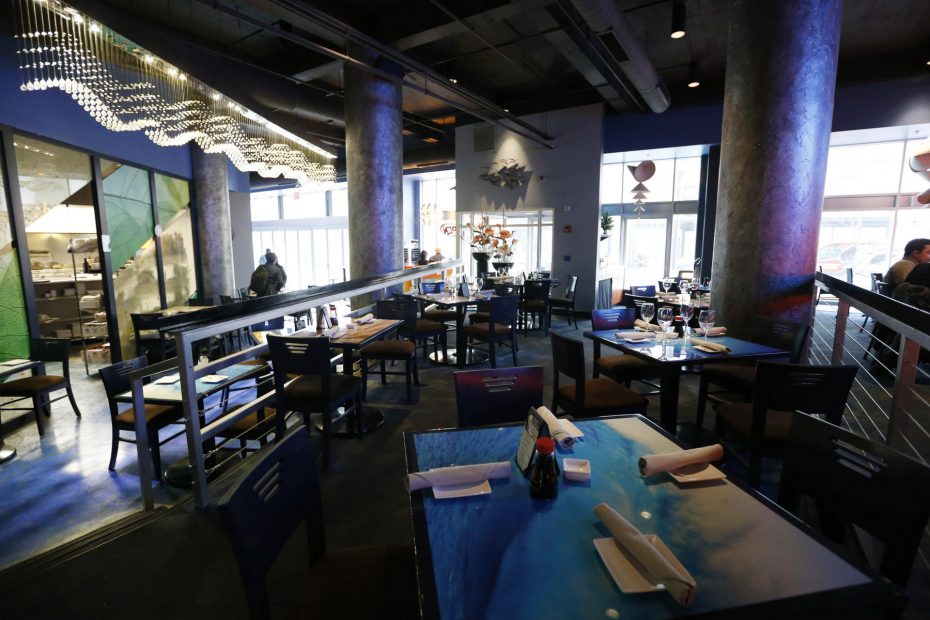 Waves opened last year in the Hampton Inn building at West Chippewa Street and Delaware Avenue, run by Pho Lantern owner Michael Nguyen and his uncle Philip Vu. The room is done in dreamy blue and sea-life accents flickering by on screens.

Everyone has to choose either the all-you-can-eat option, at $29 a head for adults, or order a la carte. Our server showed us the digital tablet loaded with the menu of appetizers, sushi, soups, salads, seafood, other dishes and desserts. I scanned through the tablet and started planning my attack. 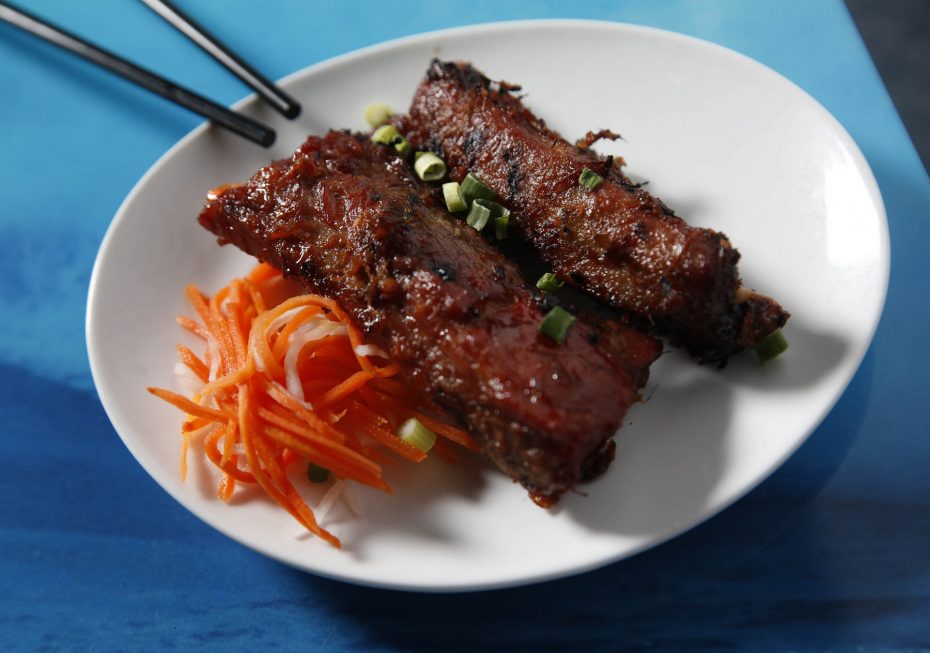 The pork ribs are on Waves' all you can eat menu. (Sharon Cantillon/Buffalo News)

Then she warned us we would be charged $8 a pound for uneaten bites. Her tone was apologetic, but clear: we were to swallow dishes we tried and didn’t like, or pay for them.

We took turns flipping through the tablet, and food started arriving in a minute or two. First to table was barbecue pork buns, steamed buns with pork, white poofy dough with jammy pork filling. The bread was crumbly, making me wonder how long it’d waited for us.

Crispy pork with orange sauce was chunks of bone-in spare rib that had been battered and fried, more bone and gristle than meat. Spicy tofu was soy curd cubes rolled in flour and fried to a stiff coating, jazzed up with a squiggle of sriracha chile sauce. 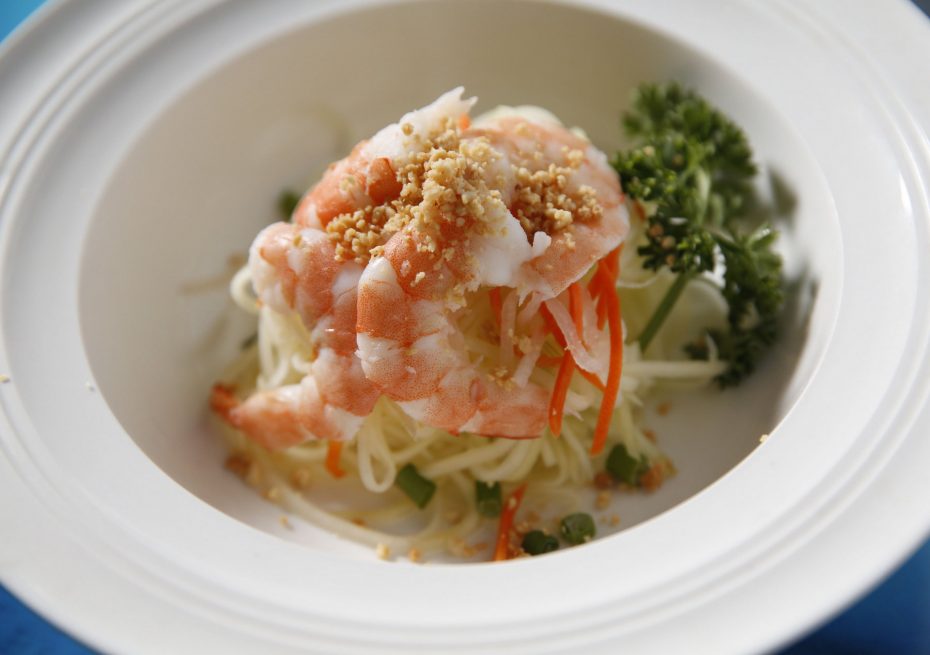 Fatty pork was chewy little nuggets of deep-fried pork belly, dried out instead of juicy-crispy. Eaten with the accompanying shredded daikon carrot pickle and cucumbers, it was a decent combination.

The Vietnamese spring roll, fresh herbs, lettuce and rice vermicelli in soft rice paper with poached shrimp, was enjoyable, handheld salad bites with sweet peanut sauce. But fried spring rolls with pork and bean thread noodles were practically chewy as jerky, making me wonder when they were made. 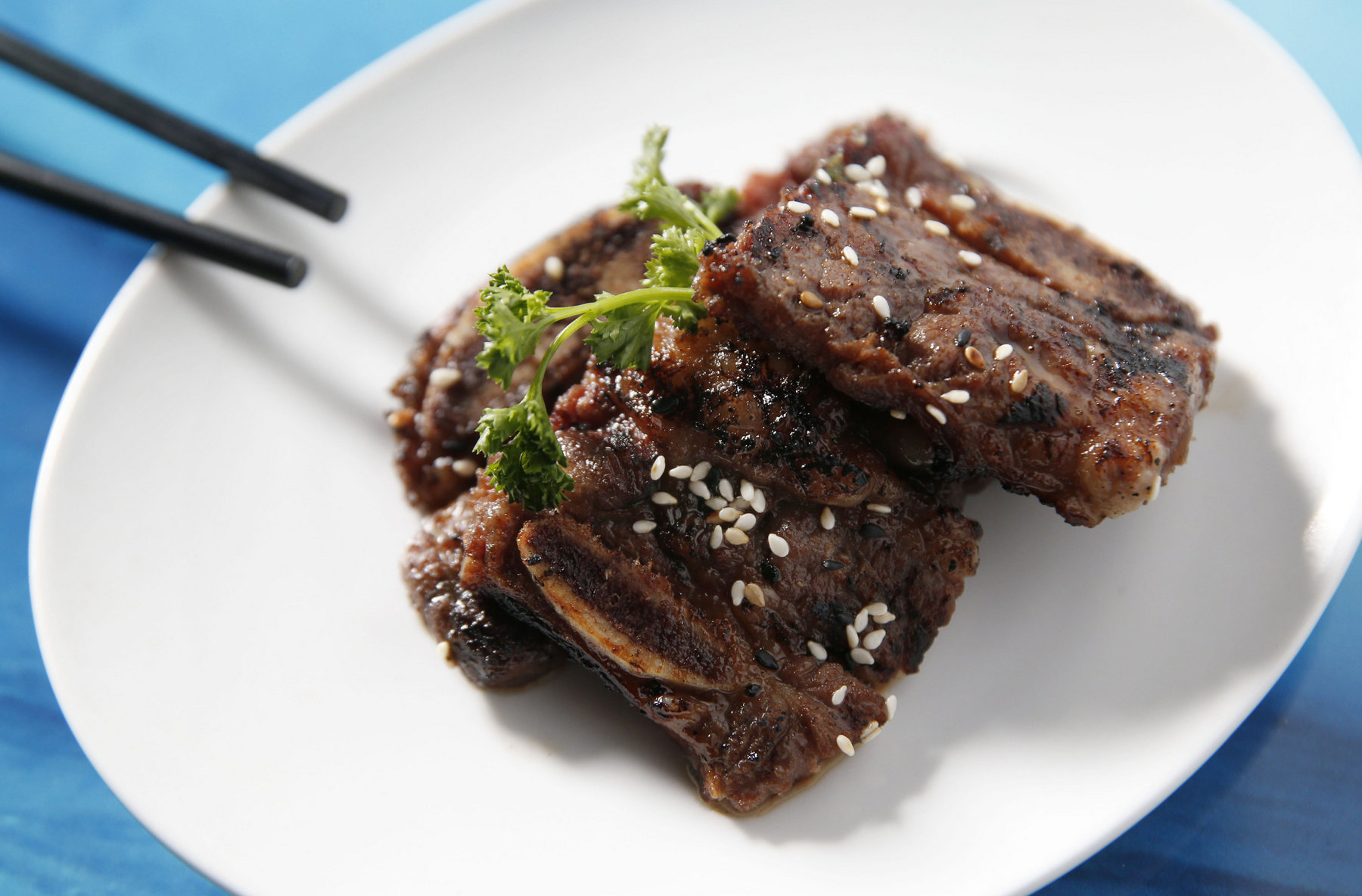 The Vietnamese style beef short ribs are on Waves' all you can eat menu. (Sharon Cantillon/Buffalo News)

That’s the way it went, the ebb and flow of Waves. Decently made Vietnamese classics, then lackluster bites of regret.

The food arrived quickly, in many cases too swiftly to cook them to order. Noodle sautes and fried items lacked the wok-smokiness and crispness characteristic of freshly fired food, leaving me wondering if they’d been batch-cooked and reheated to order.

Despite our most diligent efforts, and extensive pre-ordering conversations, dishes holding bites of uneaten food started to clutter the table. I informed our server that I’d pay the surcharge, and please take away the spurned remainders. 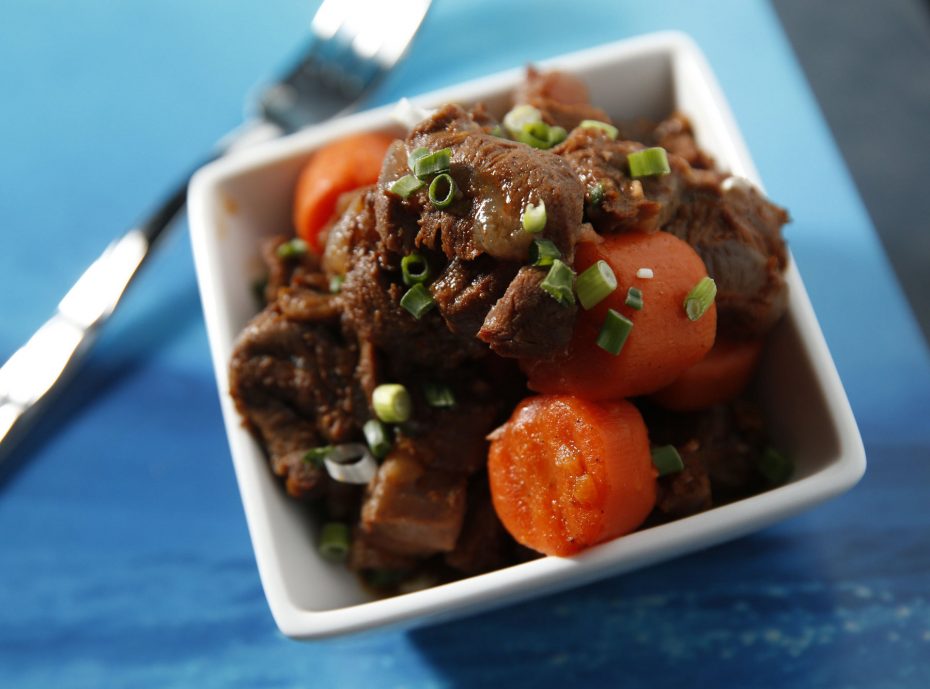 The beef stew is on WAVES' all you can eat menu. (Sharon Cantillon/Buffalo News)

In the end, after dining in the shadow of the leftovers fee, our server did not charge us one. I was glad about that, but the experience left me sour.

That said, now that I’ve had a chance to test out the food, I would go back. The best dishes I tried were worth scarfing up for $29. Here’s what I would consider ordering, in the 90 minutes you’re allowed to eat, under Waves regulations. 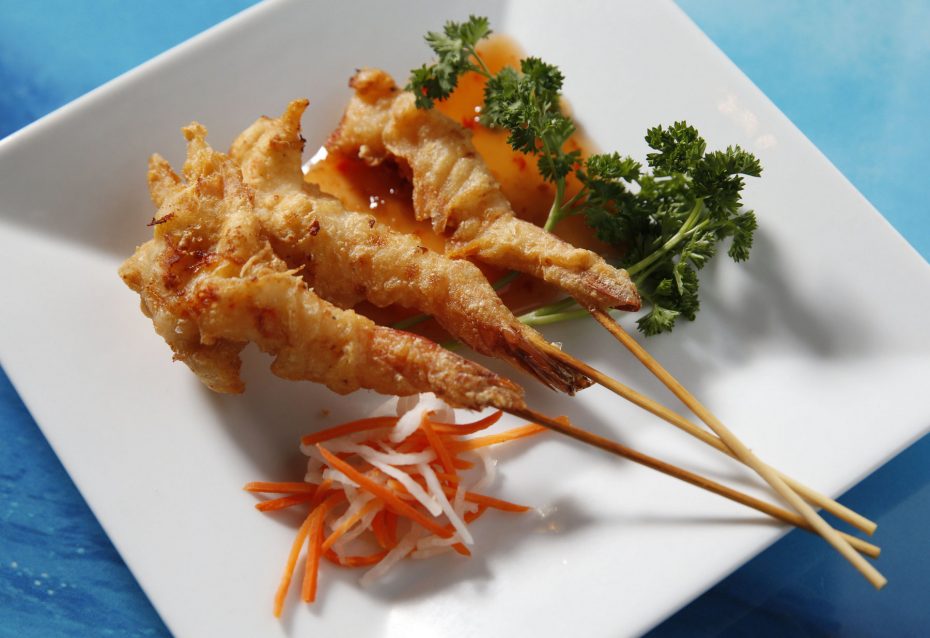 Then plate after plate of the beef short ribs, cut across the bone into strips, marinated and grilled into sticky, savory bites. Backed up with lemongrass pork ribs, which rewarded nibbling. 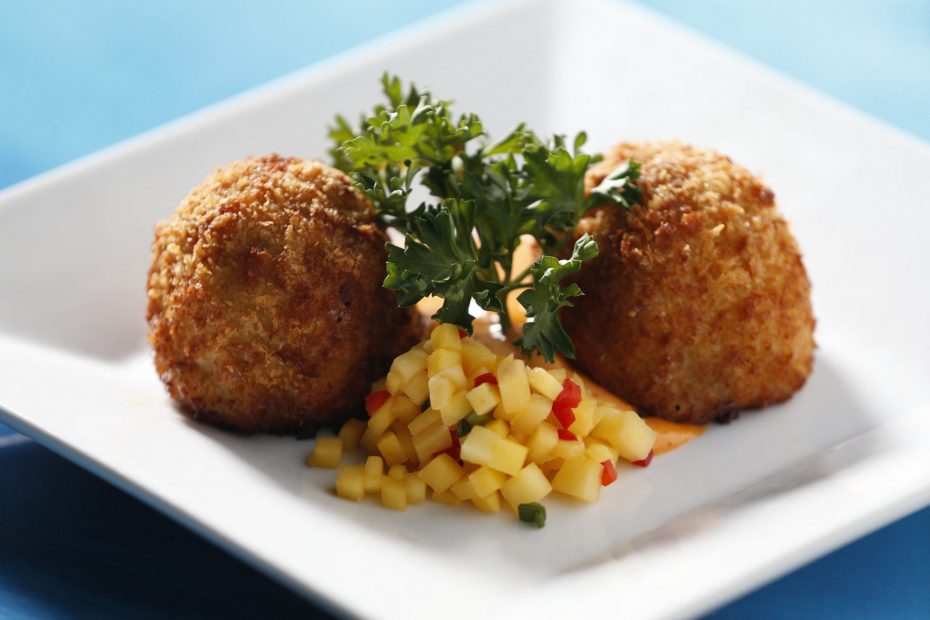 Then on to fried rice, one helping of either Saigon (with shrimp) or Bangkok (with chicken), as the bottom layer of a dish. On top would go two or three helpings of Vietnamese beef stew, unctuously tender meat aromatic with star anise and five-spice flavors, and chunks of carrot. Or maybe the shaking beef, cubed steak stir-fried with green bell peppers, and accompanied by an oozy-yolked over-easy egg. Put the egg on the rice, cut it open and dig in.

I wouldn’t save room for dessert, unless you’re in the mood for a little fresh fruit cup of pineapple, grapes, strawberries and craisins.

Most of the dishes I liked best are not available a la carte. Based on the quality of some dishes, I’d set sail for a targeted all-you-can-eat experience at Waves, but unless the ground rules are changed, rookies run the risk of running aground. 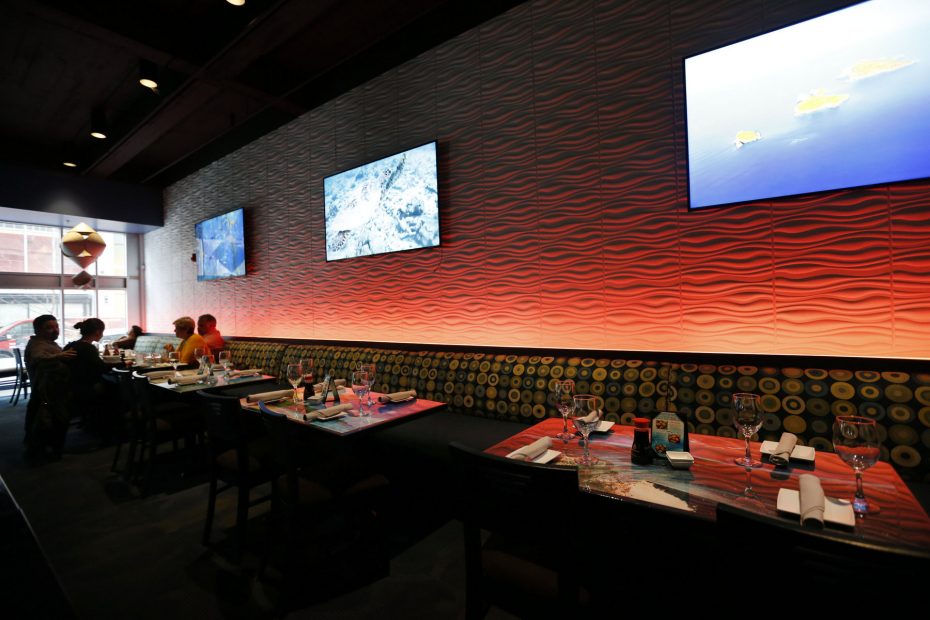