A 94-year-old resident and the driver of sports utility vehicle were seriously injured when the SUV struck a senior apartment complex in the Town of Tonawanda Tuesday evening, according to authorities.

Brighton Volunteer Fire Company firefighters said they extricated the trapped driver from the SUV, which was found just after 7 p.m. Tuesday on its side next to a cratered exterior wall at the Ken-Ton Presbyterian Village Apartments, 3735 Delaware Ave.

Town of Tonawanda police said Edward T. Harris, 32, of the Town of Tonawanda, the driver of the SUV, and Lida Alminate, 94, were both taken to Erie County Medical Center with serious injuries. Harris was listed in fair condition Wednesday morning. Alminate was injured by debris from the crash.

Ken-Ton Presbyterian Village Apartments, a retirement and assisted living facility, is located on the east side of Delaware Avenue about midway between Sheridan Drive and Brighton Road. A small parking lot runs between the road and the building.

Harris was driving a 2015 Kia Soul eastbound on Oakridge Avenue, drove straight across Delaware Avenue, continued through a parking lot, struck a parked vehicle and then struck the building, according to the Town of Tonawanda Police.

Town of Tonawanda Police said there were no charges as of Wednesday morning but the accident continues to be investigated by its Accident Investigation Unit and the Criminal Investigation Bureau.

The combined damage was estimated at over $200,000, according to Brighton officials. 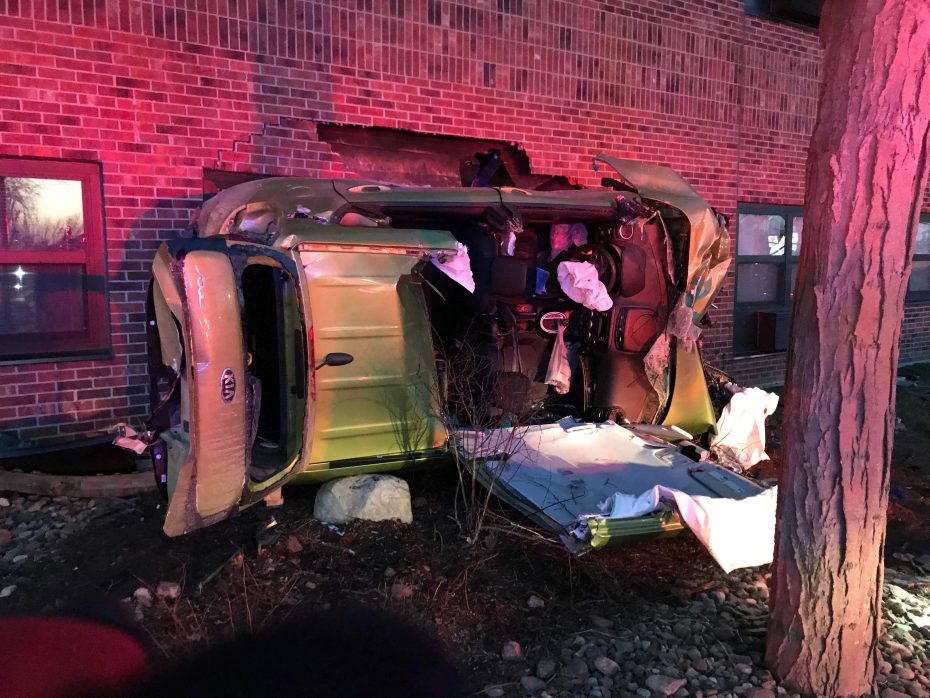 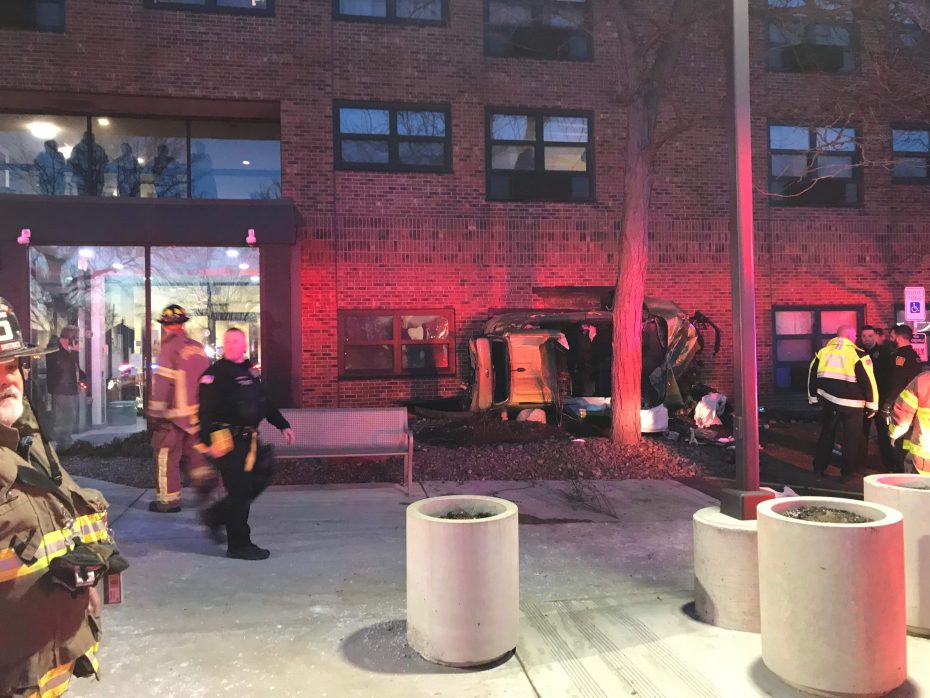 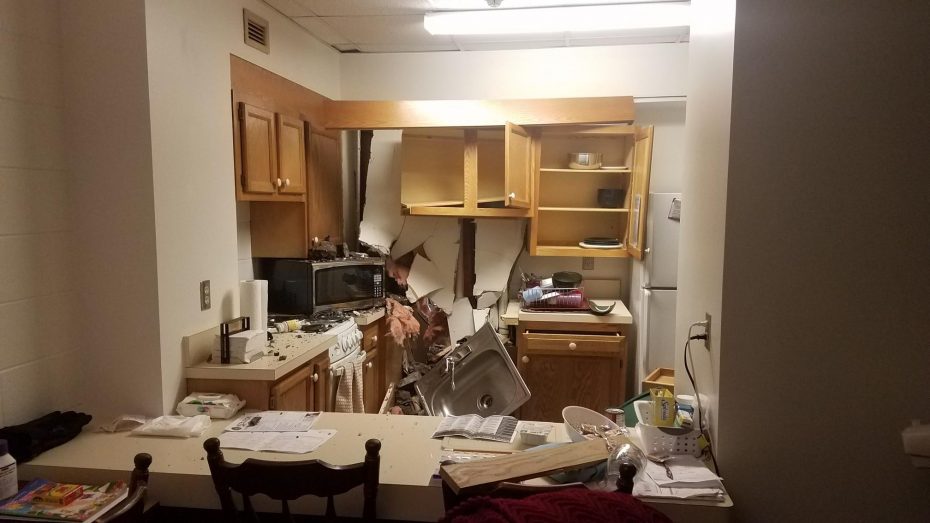