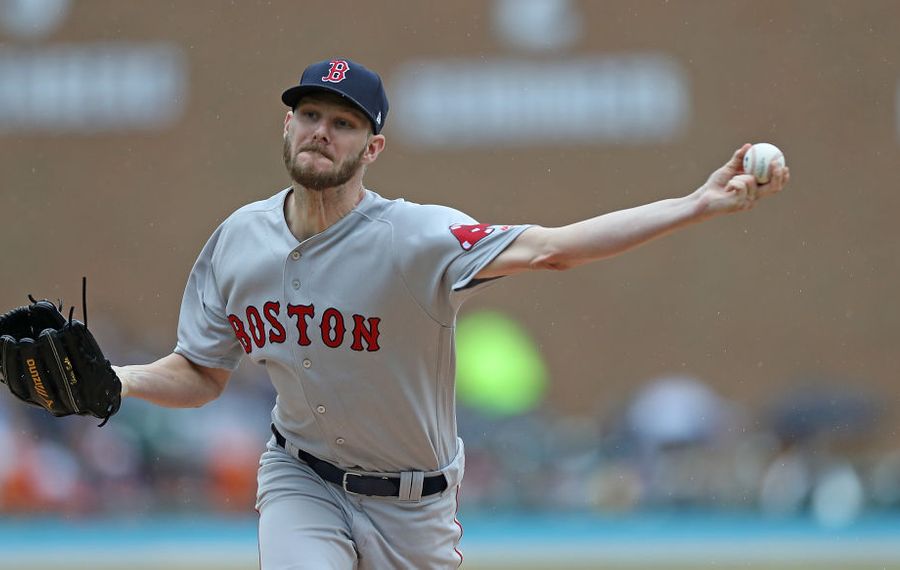 It's pretty amazing to think that after 86 years of futility finally ended 15 years ago, the Boston Red Sox have become the Team of the Century. But it's true.

Four World Series titles is the most of any franchise since the calendar turned 2000. The Sox have been the last team standing in 2004, 2007, 2013 and 2018, the latter after a five-game win over the Dodgers in October.

One interesting nugget to that success is that the Sox have never been a repeat champion. In fact, no one has won back-to-back Series titles since the Yankees of 1998-2000, who were two outs away from a four-peat before losing Game 7 at Arizona in 2001.

The Sox will certainly be in the mix for a repeat, but they will have several challenges from both inside the AL East (Yankees, Rays) and outside it (Astros, Indians).

As we head to Opening Day on Thursday, here's a look at how we group the teams in our initial 2019 MLB Power Rankings: 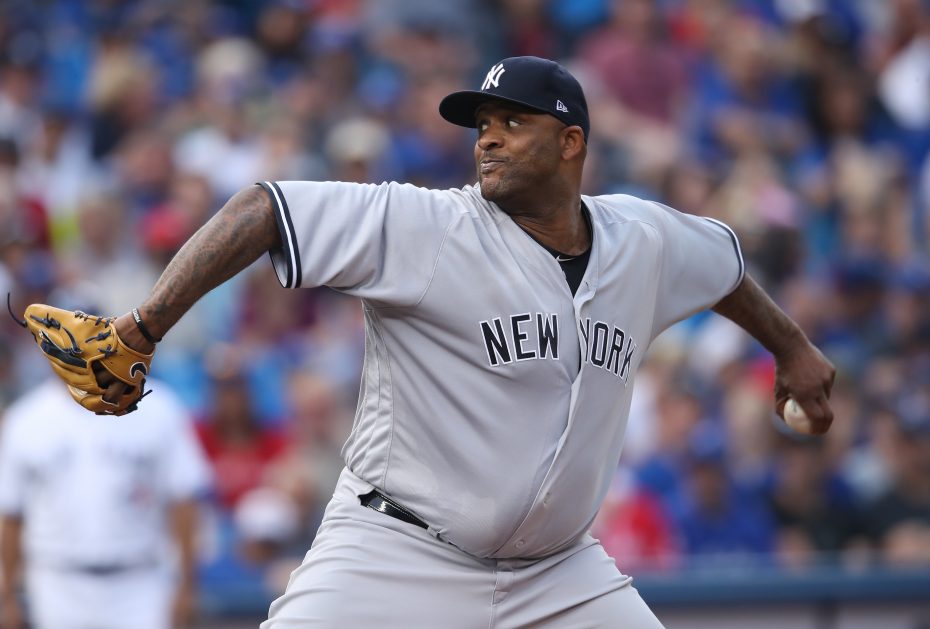 New York Yankees pitcher CC Sabathia is expected to retire at the end of this season. (Getty Images)

1. Boston Red Sox. The champs get to start the season as No. 1 until someone takes over the spot, but it won't be easy to knock them off their perch. There's probably no better outfield in the game and Chris Sale's five-year, $145 million extension means the rotation is anchored. They simply need to make sure they have the closer's role covered after not re-signing Craig Kimbrel.

2. Houston Astros. The team might have won another World Series last year had Jose Altuve and Carlos Correa not battled injuries in October. Just about everyone is back for another run and they added former Indians outfielder Michael Brantley. Getting Alex Bregman signed long-term was a great move. Justin Verlander might win another Cy Young. They'll have a walk in the AL West and it will be all about October.

3. New York Yankees. Didi Gregorious might miss half the season after Tommy John surgery, and it seems dubious to expect Troy Tulowitzki to be much of a replacement. It's CC Sabathia's final year and concern is mounting over Luis Severino's shoulder. Dellin Betances and Aaron Hicks also won't make the starting bell. Slow start? Maybe not. The Yanks only play two games against the Red Sox before May 30 and open with nine straight against the Orioles and Tigers. Huge year off the field, too: Come July, Mariano Rivera takes his rightful place in Cooperstown.

4. Philadelphia Phillies. Bryce Harper can stop tampering with Mike Trout and worry about proving his own worth. Let's not forget Harper hit just .249 with 169 strikeouts last year for the Nationals and now has $330 million worth of pressure on his shoulders to get his new team back to the World Series for the first time since 2009, even though he's never won a playoff series. But he'll have a lot of help. A stacked lineup added catcher J.T. Realmuto. The rotation is strong and the bullpen added former Yankee David Robertson.

5. Los Angeles Dodgers. They became the first team to lose back-to-back World Series since the Rangers in 2010-11. History to remember come October: No team has lost three in a row since the New York Giants from 1911-13. The Dodgers have to survive a tough April with missed starts from Clayton Kershaw, Rich Hill and Walker Buehler. Old friend Dave Roberts' crew will get it together eventually.

6. Milwaukee Brewers. You may say it's a surprise they're in this group, that last year was the ceiling after 97 wins and an MVP season from Christian Yelich. But there's no reason there can't be a repeat, especially with strong pitching, a solid lineup and a full season of deadline acquisition Mike Moustakas in the order. Moustakas moving to second base and bullpen injuries remain key questions. This is a sleeper World Series pick, but manager Craig Counsell has quickly and quietly become one of the game's best and knows how to win from his playing days. 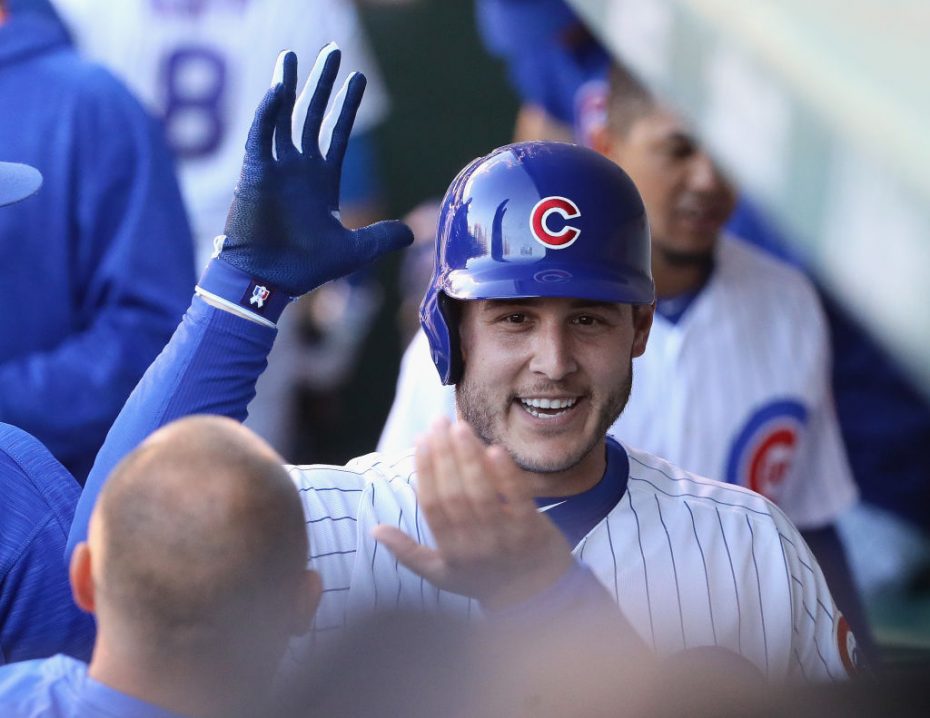 Anthony Rizzo will try to help the Chicago Cubs get back to the World Series. (Getty Images)

7. Chicago Cubs. They better contend or Joe Maddon's time will be up. The lineup is loaded again, but the rotation has question marks, none bigger than Yu Darvish. After signing a six-year, $126 million deal, he won one game in eight starts and didn't pitch after May due to elbow stress. He's a huge X-factor guy who can make the difference.

8. Washington Nationals. The sky isn't falling just because Harper left. Max Scherzer is still leading the rotation and getting pitcher Patrick Corbin in free agency adds to the mound depth. Outfielder Victor Robles should burst on the scene and the lineup remains strong. They'll win 90 and battle for postseason again. An aside: Kudos to reliever Sean Doolittle for his support of deposed New Era workers in Derby.

9. St. Louis Cardinals. The Cards traded for Arizona's Paul Goldschmidt, giving them a legitimate MVP-caliber slugger for the first time since Albert Pujols left for Anaheim. The lineup is strong but injuries are a concern and Yadier Molina is now 36. Was a four-year, $68 million deal for Miles Mikolas a smart move? The rotation looks solid on paper but does that translate to the field?

10. Tampa Bay Rays. They're not going to finish ahead of the Yankees and Red Sox but who knows what could happen in a wild-card game if they get there? They could use Cy Young winner Blake Snell or The Opener. The roster is not awe-inspiring but there's solid guys all around and a Gold Glove center fielder in Kevin Kiermaier. Manager Kevin Cash trained under Terry Francona, so he knows how to win and it shows. Will play in a 25,000-seat capacity Tropicana Field this year, as the upper deck has been closed off. Do they open it for the postseason? 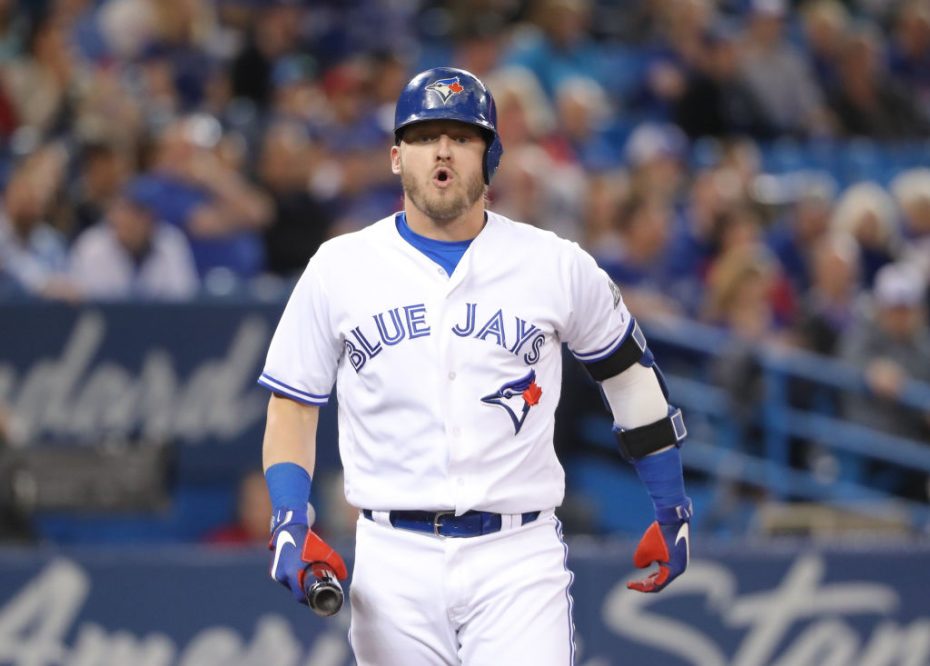 11. Atlanta Braves. Fascinating to see if Josh Donaldson can regain his MVP form from when he was in Toronto. The lineup is already strong with Freddie Freeman and Ronald Acuna. The Braves can hit and they can defend, but how well will they pitch? The rotation is thin, especially with Mike Foltynewicz out to start the season.

12. Colorado Rockies. Eight years and $260 million for Nolan Arenado is a great deal on a team with a terrific infield. Charlie Blackmon anchors the outfield, but depth is a worry there. The pitching staff is deep, especially in the bullpen, and getting spooked by Coors Field should not be a concern for once. 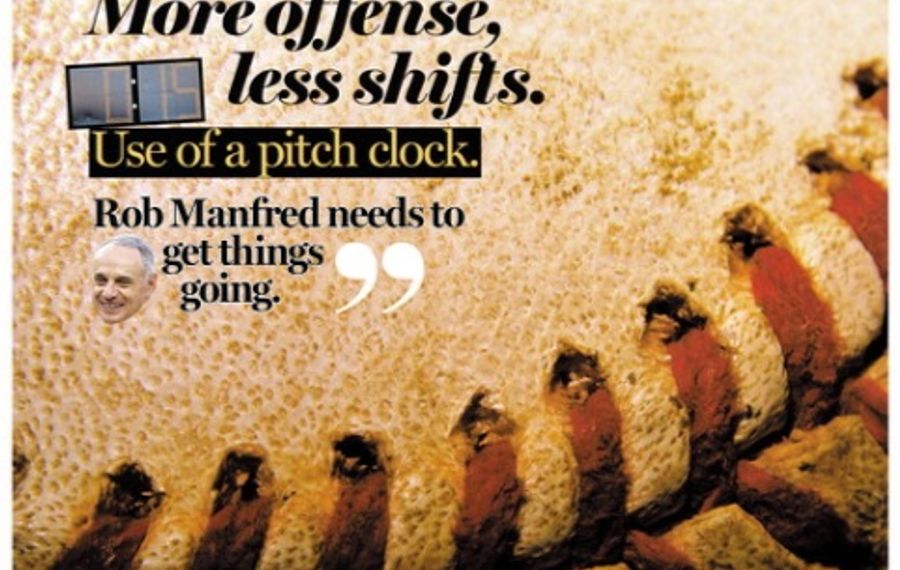 13. Cleveland Indians. They'll win the AL Central by default, with the Twins an unknown, the White Sox not ready and the Tigers and Royals just awful, but October doesn't bode well once they meet the big boys. There's always the undercurrent they won't spend and fans fret they will eventually lose Francisco Lindor and others. Look at all the chatter over the winter. Were they really going to trade Corey Kluber? Why would you do that?

14. Los Angeles Angels. As funny as it sounds, $430 million is probably a bargain for Mike Trout. Good on him to take care of business a year early and save the organization the impossible distraction his contract discussions would have become. At some point, this club will figure things out, get back to the postseason and stop wasting their franchise player's prime. Shohei Ohtani's plate-only work this year after elbow surgery bears watching as he should be the Angels' DH by May.

15. Oakland Athletics. Great job by Bob Melvin to somehow win 97 games last year and the Moneyball Men will be at it again, although their season-opening trip to Tokyo cost them two losses to the Mariners and first baseman Matt Olson, who is out as much as eight weeks with a hand injury. Let's see if Matt Chapman can match his 2018 season and establish himself as a long-term star.

16. New  York Mets. Could be boom or bust with new GM Brodie Van Wagenen trying to win the offseason by adding Robinson Cano, Edwin Diaz, Jed Lowrie and bringing back former closer Jeurys Familia to set up. Former agent BVW got former client Jacob deGrom signed to a long-term extension on Tuesday, likely giving them a big splash on the back page of the NYC tabloids the day before the opener.

17. Minnesota Twins. They added Nelson Cruz but signing a free agent home run hitter in Target Field seems a little odd. There's some interesting arms and we're still waiting for Byron Buxton to emerge but Miguel Sano (heel) is out until May. Impact of new manager Rocco Baldelli will have to be gauged.

18. San Diego Padres. Manny Machado means improvement but not instant success. The biggest point for a franchise that's gone big in free agency with Machado and Eric Hosmer is that its prospect pool is universally lauded. Keep an eye out in 2020 and beyond.

19. Pittsburgh Pirates. Chris Archer has 25 wins in 94 starts over the last three years and it seems like he's a much better pitcher than that. He needs to break through for the Bucs to be successful. A very tough team to gauge because NL Central looks rugged. Could surprise. Could lose 100, too. 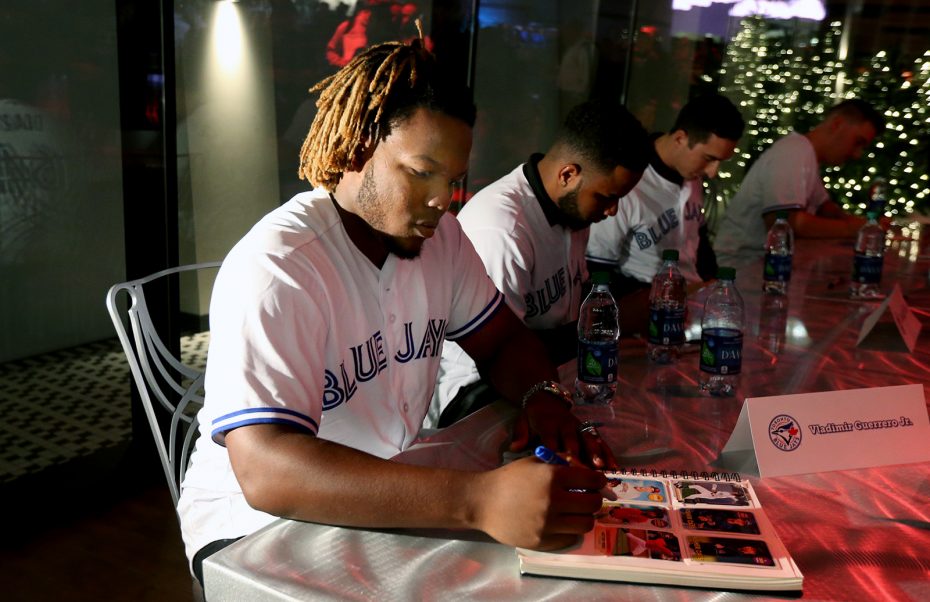 Vladimir Guerrero Jr., here signing autographs at the Atrium at Rich's in January, may come to Buffalo on a rehab assignment before making his MLB debut with the Toronto Blue Jays. Guerrero is recovering from an oblique strain. (James P. McCoy/News file photo)

21. Cincinnati Reds. After four straight seasons of 94 losses or more, they're trying a different approach. But does adding Yasiel Puig, Matt Kemp, Sonny Gray and Tanner Roark move the needle?

24. Toronto Blue Jays. It's all about getting Vladdy Jr. healthy, getting him ready for the big leagues (rehab stint at Sahlen Field?) and getting him to make his debut. Of course, after the deadline has passed to kick his free agency back a year (wink-wink). At least the Bisons should be good for once. 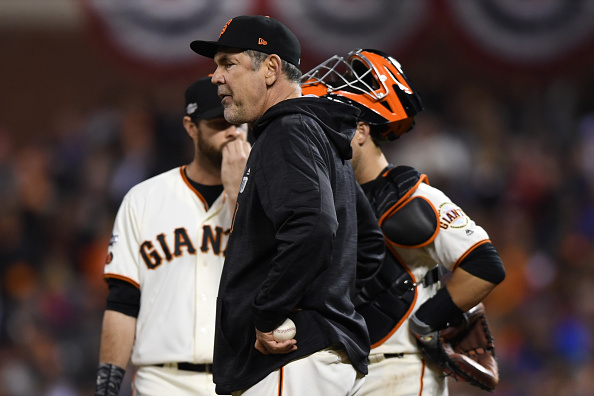 Why would anyone watch?

25. Texas  Rangers. Rotation full of journeymen. Joey Gallo full of strikeouts to get those 40 home runs. Not much to cheer for in the final season at Globe Life Park before new place with a roof opens in 2020.

26. San Francisco Giants. It's a shame manager Bruce Bochy's retirement tour will be with this group. MadBum, the Panda and Buster are still around but 2014 is long gone. So is 2010 and 2012. Roster note: Claimed former UB star catcher Tom Murphy on waivers from Rockies on Monday.

27. Detroit Tigers. Seemingly out of nowhere, Miguel Cabrera turns 36 next month. Their first 100-loss season since 2003 is in the offing.

29. Miami Marlins. Derek Jeter never knew losing like this in New York. How much longer can poor Don Mattingly survive?